The Public's Revocation of Legitimacy

There is a famous phrase in American politics: “the consent of the governed.” It is an important phrase. It is the essence of political legitimacy.

Throughout most of history, the consent of the governed has been grudging. People put up with the political system they live in. They think it is not worth their time to fool around with politics. The overwhelming number of people throughout history have ignored politics except its special election times. This has been a wise attitude. Salvation is not by politics.

The only society in history that has enjoyed nearly full-time interest in politics by the masses was classical Athens. It was a society that rested economically on slavery. Athens committed suicide through its empire and war. Alexander “the Great” had no trouble defeating Athens and Sparta. He was not a democrat. He had studied democracy under Aristotle, and he had contempt for it.

Classical Athens believed in salvation by politics. That religion did not last a century.

What most people want most of the time is to be left alone by civil government. They do not want to be bothered by the technical details of civil government. This always benefits political insiders and the small fraction of the population that is actively involved in politics.

CONSENT IS NOT GUARANTEED

We forget what should be obvious: grudging consent is nevertheless consent. People grouse about the government, but they rarely get involved in politics except to vote in major elections. 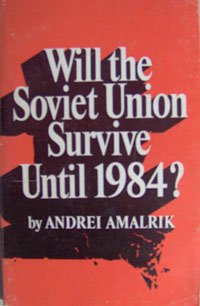 People groused about the government in the Soviet Union. The government even had a humor magazine that allowed a certain amount of criticism of local bureaucrats. It was titled Krokodil. People went into slave labor camps for open criticism of the Communist Party, but the Party allowed a certain latitude of criticism of the bureaucracy. Bureaucracies are always a problem for politicians. They can successfully resist political change. Politicians never trust bureaucrats, any more than the general public does. This is one of those rare examples of the shared wisdom of the general public and politicians.

The Soviet Union and its satellites in 1989 constituted the largest continuous empire in history, and it was also an enormous empire in terms of the number of people under its control. Yet it fell in 1991 almost without bloodshed. There was no organized revolution. But the Communist elite at the top had lost the will to govern. The Soviet Union had suffered a major military defeat in Afghanistan, 1979-88. Then its client state, Iraq, had its military destroyed in February 1991. Iraq used Soviet weaponry. The Soviet generals saw that the high-tech weapons of the United States had made Soviet military technology obsolete. When an empire that is based on military conquest and military control can no longer win on the battlefield, it has reached the end of the line — the party line. On December 25, 1991, Gorbachev gave the world the greatest Christmas present in history. He shut down the Soviet Union. The empire was no more.

This event had been predicted in a 1970 book by Andrei Amalrik, Will the Soviet Union Survive Until 1984? The hypothesis was considered inconceivable when it was published, yet it missed the date by only seven years. He was not sure whether the Soviet Union would disintegrate into anarchy or become a federation. It became a federation.

The Russian people had grudgingly accepted the legitimacy of the USSR right up until its last day. What happened was that the elites at the top lost faith in the system. That was certainly true after 1980. It took only a decade for this loss of faith at the top to translate into the complete breakdown of the Soviet Empire.

Today, all across the West, voters have upended the political elites. In Great Britain, Brexit was the first sign. It caught the elites by surprise. But what happened this month was another sign. Prime Minister May believed in May that she could call a snap election and solidify the control of the Conservative Party over Parliament. In fact, the Conservative Party lost control of Parliament this month. Now she is trying to build a coalition government through an alliance with a really seriously conservative political movement, one launched in 1970 by a true critic of modern politics, Rev. Ian Paisley. He was a firebrand anti-Catholic preacher in Northern Ireland. While the party today is not as radical and as far to the Right as it was under Paisley, it is anti-abortion, anti-elite, and anti-establishment. May is going to have to eat a big heaping of crow to put together a new government.

How could any British Prime Minister make a bonehead move like this? This is one of the classic bonehead moves in the history of British politics. This one is going to get into the textbooks. She completely misjudged the electorate. She hadn’t a clue as to what the voters were ready to do to her in her party. She did what was considered inconceivable as recently as a month ago. She made Jeremy Corbyn look presentable. She guaranteed the survival of his leadership of the Labour Party.

The elites are losing touch with the electorates all over the West.

In the United States, the presidency is literally being undermined today. There are about a half a dozen investigations of Trump going on in Congress. He is unlikely to be impeached, and unlikely to be convicted if he is impeached, but it is clear that his presidency and his aspirations have been dropped into the ashcan of history. He is not going to get any cooperation from Congress. He is going to spend his entire presidency under siege.

The people who support him now know the truth: Washington is completely corrupt.

Washington has been completely corrupt for well over a century. This is nothing new. Mark Twain wrote about it in the late 19th century. The difference is this: Washington invades every area of our lives today. It is doing what the public generally does not want it to do: interfere. The public wants to be left alone. The public does not want to concern itself with politics. But the breakdown of consensus is pushing politics onto the front pages of the few newspapers that still publish printed editions.

We are watching what appear to be preteen boys arguing over marbles in the school yard. The stakes are so low, and the rhetoric is so high, that people who normally don’t pay much attention to politics cannot get away from it.