Fresh off a hate-filled rant against populism (a.k.a. consent of the governed), Pope Francis recently delivered another mean-spirited, hateful diatribe about the “grave risks associated with the invasion of . . . libertarian individualism at high strata of culture and in university education.”  He said this before the Pontifical Academy of Social Sciences, as reported by Breitbart.com.

This is exactly the opposite of reality regarding university education:  University education has been almost completely taken over by the pope’s fellow leftists whose true “religion” is cultural Marxism, or left-wing political correctness.  He must be the only person on the planet who thinks universities are hotbeds of libertarianism.  When it comes to spewing hatred toward free markets, economic freedom, limited constitutional government, and other non-socialist ideas, reality apparently has no relevance to Pope Francis.

The pope is an Argentinian Peronist, which is to say, he is a fascist.  Juan Peron was the fascist ruler of Argentina whose brand of national socialism involved restricted international trade, wage-and-price controls, seizure of private property, nationalized industries, and spending lavishly in fine Keynesian fashion by printing mountains of currency.  The inevitable economic ruination led to his being deposed by a military coup in 1955, after which Argentina continued to print money for decades to bail out its disastrous government regime, creating 12,000 percent hyper-inflation by the 1980s.

Only the “libertarian” ideas of the virtues of private property, markets, and economic freedom – the ideas that the pope routinely denounces with a passionate hatred – could have prevented the destruction of the Argentinian economy.  He seems to think that the only problem with Peron was that he didn’t go far enough with his brand of socialism (fascism – “national” socialism in the twentieth-century German variety — being just another variety of socialism, as Friedrich Hayek explained in detail in The Road to Serfdom).

In his latest attack on free societies the pope denounced libertarianism as a “selfish ideal” and a “fallacious paradigm that minimizes the common good.”  Libertarianism teaches that “only the individual gives value to things,” said the Argentinian fascist.  He then repeated every collectivist’s mantra that “the libertarian individual denies the value of the common good.”  For good measure, he also threw in the standard leftist line that freedom supposedly causes the “marginalization of the more vulnerable majority.”  Unlike the fate of the “vulnerable majority” in that Latin American socialist utopia of Venezuela, for instance.

Of course, “the common good” is a completely meaningless phrase since it implies that there exists some kind of unanimous agreement on what it is.  In reality, it is simply the opinion of totalitarian-minded statists like Pope Francis who use such language in an attempt to bully others into acquiescing in their statist ideology.  It is an attempt at censorship, in other words.  If you disagree with them, you are an enemy of society because you oppose “the common good,” as they define it, for allegedly selfish reasons.

The notion that the “common good” should supersede all else was the hallmark idea of twentieth-century fascism.  The “25-Point Program of the Nazi Party, published in 1925, proclaimed that the whole Nazi program was based on the principle, printed in all capital letters, of 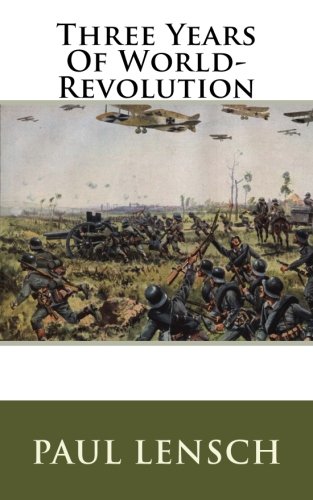 “COMMON GOOD BEFORE INDIVIDUAL GOOD.”  “The Aryan is not greatest in his mental qualities,” Hitler wrote in Mein Kampf, “but in his noblest form he willingly subordinates his own ego to the community and, if the hour demands, even sacrifices it” (Adolf Hitler, Mein Kampf, Houghton Mifflin 1943 edition, p. 126).  Contemporary fascists like Pope Francis continue to repeat this evil mantra.

The twentieth-century fascists understood that they must first discredit the ideas of libertarianism, which were known as “classical liberalism,” before they could get a large portion of the public to embrace their brand of socialism.  In his book, Fascism: Doctrine and Institutions (p. 10), Benito Mussolini wrote that “The fascist conception of life stresses the importance of the State and accepts the individual only in so far as his interests coincide with the State.  It is opposed to classical liberalism [which] denied the State in the name of the individual” (emphasis added).  This is identical to what Pope Francis said in his latest attack on the free society.

Mussolini also pontificated that it was “unnatural” for government to protect individual rights, as classical liberalism, or libertarianism, contends.  “The maxim that society exists only for the well-being and freedom of the individuals composing it does not seem to be in conformity with nature’s plans,” he wrote.  “If classical liberalism spells individualism, then Fascism spells government,” wrote the Italian dictator.

In The Road to Serfdom Hayek discusses the age-old collectivist hatred of “individualism” by reminding his readers that, historically, all classical liberals ever meant by “individualism” is simply respect for the individual, for individual human life in general, period.  One would think that that is something a pope would embrace instead of denouncing in a speech in which he sounds more like a  Vladimir Lenin or a Fidel Castro than the Vicar of Christ.

The German fascists also fully understood that libertarianism, or classical liberalism, was their mortal enemy.  One of the intellectual inspirations of German fascism was Paul Lensch, author of Three Years of World Revolution.  In it (p. 176) he explained that the “problem” with too many Germans of his day was that they “unconsciously reason from English standards.”  By that he meant that too many Germans had embraced the philosophy of classical liberalism.  Lensch sneered at such ideas as “their political notions of ‘freedom’ and ‘civic right,’ of constitutionalism and parliamentarianism, derived from that individualistic conception of the world, of which English liberalism is a classical embodiment . . .” (emphasis added).

These ideas of “old-fashioned [classical] liberalism” have been “shattered,” the Nazi theorist gloated.  What “has to be done now is to get rid of these inherited political ideas . . . .  Socialism must present a conscious and determined opposition to individualism.”  Pope Francis would undoubtedly agree.

Previous article by Thomas DiLorenzo: The Deification of Lincoln

The Warning Signs of a Riot Why N. Korea Wants Nuclear Capabilities