In addition to being history’s greatest gun salesman, Barack Obama did the best job of convincing John Q. Public there really is a need for concealed carry. John Q. paid attention and turned out by the thousands. Also under Obama’s watch the last two concealed carry hold-out states – Wisconsin and Illinois – passed laws permitting residents to carry a concealed firearm. 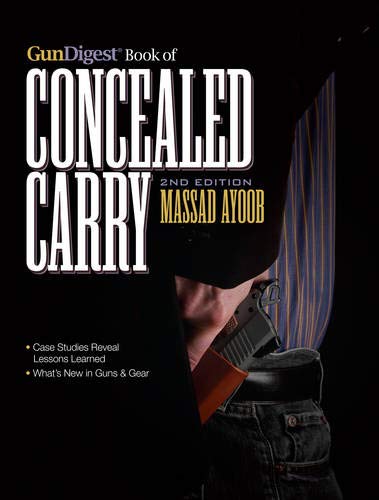 According to a recent article in Breitbart, concealed carry permits rose 215 percent between 2007 and 2015, and the murder rate dropped 14 percent during that same time period. Crime Prevention Research Center (CPRC) data shows there were 14.5 million permit holders in May 2016 and approximately 15.7 million in May 2017.

In the CPRC’s latest annual report which covers 2015, it notes the number of concealed handgun permits issued that year set another record, an increase of 1.73 million permits issued, slightly higher than the previous record of 1.69 million. Currently, about 6.06 percent of the approximately 248 million adults in the U.S., have a concealed carry permit.

Know the #facts about concealed carry, and urge your lawmakers to support national reciprocity! https://t.co/rnZtyoXADb #2A #DefendTheSecond pic.twitter.com/kIKEPOcbXZ

Ten states have more than 10% of the adults registered as concealed carry holders with Indiana the highest at 15% and South Dakota coming in at number two with 14.7%. Three states, Florida, Pennsylvania, and Texas have over a million residents each who are concealed carry permit holders. It is also safe to say that these numbers do not reflect the true number of concealed carry holders because there are eleven states that do not require any licensing.

One interesting side note is between 2012 and 2016, in states that provide data by gender, the number of women with permits has increased at double the rate of men.

We’re Dealing With a New Type of War LieIs a Stroke in Your Future?