Terrorism is Not a Forest Fire

Well, another horrific terrorist attack. And, really, is anyone surprised? It also didn’t take long for the celebrities to use this attack to draw attention to themselves.

Okay, first, this isn’t about YOU, celebrities! Real people died. They weren’t playing victims in a movie. Must everything turn into a mourn-fest with crocodile tears from the stars? Yes, I get it, you’re sad. But this only adds publicity to this attack which is one goal of terrorist attacks. Enough about that.

The West still seems at a loss to understand why this is happening. Well, guys, here’s why: You need to get out of the Middle East and stay out. It really is that simple. And you guys have been told that repeatedly for decades. But the real reason Western governments refuse to listen is because they’re pretty much safe against suffering the consequences of Western government Middle East meddling. It’s the public that pays the price, not the politicians.

When Western governments are protected by air defense corridors enforced by fighter aircraft and surface-to-air missile batteries, they can afford to meddle. When Western governments are protected by thousands of heavily-armed troops, tanks, and armored personnel carriers they can hustle up in the snap of a finger, they can afford to meddle. When they have bunkers that can withstand a hit from a thermonuclear weapon, they are more than safe. Therefore, the terrorists will attack the targets they can hit: The unprotected, unwary public who don’t have the threat assessments telling them not to go to thus-and-so place today like the politicians do.

What’s more, when the public suffers from terrorist attacks, these politicians can then use those attacks to justify more Middle East meddling. Which, of course, provokes more terrorist attacks. Which causes more retaliation. And more attacks as a result. On and on it goes, this unending wheel of karma being rolled along by the politicians. Make no mistake, a government cannot solve a problem using the same methods which led up to the problem to begin with. 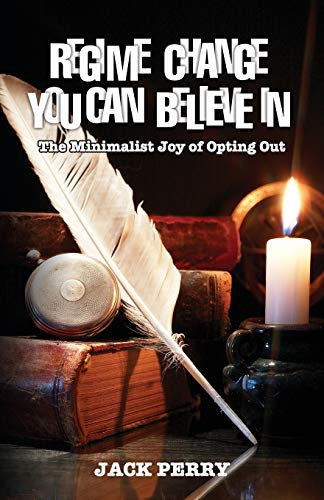 The United States thinks that because it uses “fire to fight fire” in forest fires, it can apply this logic to fighting terrorism. Two things are wrong with that. First, this is not a forest fire where you can light a “backfire” and cause the fire to burn out. Second, it has been proven that the U.S. Forest Service policy of fighting every forest fire in the United States has led up to catastrophic forest fires even worse than before. Why? Because routine fires burn away the underbrush that accumulates. A healthy forest needs regular fires. And these fires burn themselves out over time and the forest remains intact.

What this means is: When a thing happens in the Middle East, you leave it alone. Let it burn itself out. But if you go in there to “fight” that “fire”, you are only assuring there will one day be a catastrophic forest fire that will consume everything in it’s path. That’s where we’re at today, having fought countless fires in the Middle East only for the fires to get bigger and bigger over time. Terrorism is the catastrophic forest fire that has jumped the fire line and the firefighters are reluctant to tell everyone that, hey, we can’t save your homes after boasting that we’d beat this fire. Sorry.

Make no mistake, this is only the beginning. ISIS is a non-state entity which has shown remarkable capabilities to infiltrate, adapt, and carry out attacks anywhere in the world. How will the West win a war against such an entity? The usual route the United States takes to exit a war since 1945 is via a cease-fire. With whom will the United States sign a cease-fire or approach for one? This isn’t a government. Thus, it goes without saying they cannot be forced to surrender, either. Has al-Qaida surrendered or signed a cease-fire? No.

Why are Britain and France getting hit? Well, if the United States cannot be goaded into a self-defeating war, then attack U.S. allies in NATO who might invoke the NATO defense promise to come to the aid of any member nation under attack. I can’t see why else they keep hitting Britain and France repeatedly. ISIS wants to get the United States into another tar-baby quagmire in the Middle East so it can be bloodied again.

The goals of these attacks are also twofold. The first goal is to launch audacious, bold, innovative attacks that garner a lot of press. As I pointed out, when the celebrities throw in their two cents, they’re giving the terrorists a bonus. That being, what amounts to an unintentional celebrity endorsement. Everyone in marketing knows even bad press is good press when it comes to celebrities talking about your product. The second goal is to keep nailing the West until the West departs the Middle East. This has always been the goal.

Look, I’ve said here before that one mass shooting leads to another when the next would-be mass shooter sees all the publicity the previous guy got. It is the same with terrorism. When they see all the press they get, it only encourages the next attack. If I had to guess, I’d say there’s another, maybe two or three more attacks on the way. Because they are not going to abandon their sworn goal of forcing the West to depart the Middle East once and for all. And they don’t care how long it takes or what they’ve got to do to accomplish that goal.