Late last week, President Donald Trump told CBS News that domestic surveillance of American citizens should the “No. 1” topic of inquiry until we can find out “what the hell is going on” with it. Also late last week, the National Security Agency — the federal government’s 60,000-person-strong domestic spying agency — announced that it would voluntarily hold back on its more aggressive uses of Section 702 of the Foreign Intelligence Surveillance Act.

That section permits the NSA to capture communications between foreigners and Americans without a warrant from any court, even though the NSA has its own secret court that has granted well over 99 percent of applications for spying brought to it.

If you do the math, this NSA-concocted, Section 702-generated, secret FISA court-approved logic permits warrantless spying on nearly everyone in the United States. So why did the NSA announce that it will pull back on the way it utilizes Section 702 as the basis for its mass spying? 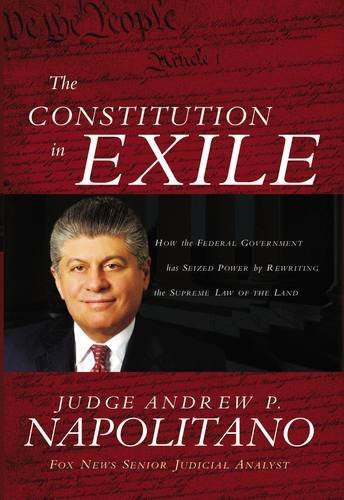 FISA was written in the aftermath of the Watergate scandal, which involved illegal domestic spying. The purpose of FISA was to insert the judiciary between the NSA and its targets so as to ensure that there would be a consistent legal basis for the spying. What was that basis?

The Supreme Court has long characterized domestic spying as surveillance, and it has characterized surveillance as either a “search” or a “seizure” of communications. The Fourth Amendment requires judicially issued warrants for all government searches and seizures, and it mandates that those search warrants be based on probable cause of wrongdoing on the part of the person whom the government wishes to surveil and that the warrants themselves specifically describe the place to be searched or the person or thing to be seized.

Yet government lawyers, who have no opposition standing next to them when they appear in the FISA court, have convinced the court that the constitutional requirement of probable cause only applies to the government when it is engaging in law enforcement, not when it seeks intelligence data. So when the NSA asks the FISA court for authority to conduct surveillance, the FISA court complies, and it does so with warrants that do not specifically describe the place to be searched or the person or thing to be seized. These warrants typically authorize spying by ZIP codes or area codes or street addresses or telecommunications companies’ customer lists.

What the NSA does not tell the FISA court is that its requests for approvals are a sham. That’s because the NSA relies on vague language in a 35-year-old executive order, known as EO 12333, as authority to conduct mass surveillance. That’s surveillance of everyone — and it does capture the content of every telephone conversation, as well as every keystroke on every computer and all fiber-optic data generated everywhere within, coming to and going from the United States.

This is not only profoundly unlawful but also profoundly deceptive. It is unlawful because it violates the Fourth Amendment. It is deceptive because Congress and the courts and the American people, perhaps even the president, think that the FISA court has been serving as a buffer for the voracious appetite of the NSA. In reality, the NSA, while dispatching lawyers to make sophisticated arguments to the FISA court, has gone behind the court’s back by spying on everyone all the time.

In a memo from a now-former NSA director to his agents and vendors, leaked to the public, he advised capturing all data from everyone all the time. This produces information overload, as there is more data than can be analyzed; each year, it produces the equivalent of 27 times the contents of the Library of Congress. Therefore, safety — as well as liberty — is compromised.

The recent mass killings in Boston, San Bernardino and Orlando were all preceded by text messages and cellphone conversations between the killers and their confederates. The NSA had the digital versions of those texts and conversations, but it had not analyzed them until after the killings — because it has and has had too much data to analyze in a critical and timely manner.

So, why did the NSA announce that it is pulling back from its customary uses of Section 702? To give the false impression to members of Congress that it follows the law. Section 702, the great subterfuge, expires at the end of this year, and the NSA, which has spied on Donald Trump since before he was president, fears the debate that will accompany the efforts to renew it — hence its softening public tone.

The genius of the Fourth Amendment is that it serves as a two-edged sword. By requiring probable cause before judges can issue warrants to agents for surveillance, the amendment both protects the privacy of those uninvolved in wrongdoing by leaving them alone and compels federal agents to focus their appetite for intelligence and their need for evidence on only those they legitimately feel may have done wrong.

In the meantime, Trump knows that he has been the victim of overzealous and unlawful surveillance, and we can expect during the debate over renewal of Section 702 that he will have a more sober and constitutional view of all this than his predecessors have; and that may bring about more freedom and more safety.