When Does Chickenhawk Season Start?

I caught a bit of the John Batchelor Show last night.  For those who have never listened to him, John is a radio talk show host who presents himself as a moderate republican, which is to say a satisfied and deep-in-the-rut statist.

He featured an Asian “expert” and a professor of Asian studies, and they spoke of this week’s Mar el Lago meetings between Trump and Xi.

Arthur Waldron and Gordon Chang as academics and experts shocked me with their calm and rationale advocacy for a newly aggressive American war in Asia.   You can listen for yourself, although I’m not sure it’s worth it content-wise.  What concerns me is what passes for discussion of foreign policy on America airwaves.

Having worked with and for the chickenhawk class in Washington, D.C. 15 years ago, and studying their behavior and actions throughout the 50s, 60s, 70s, 80s and 90s, it becomes clear that the target of their affections and obsessions can and does change.  The collapsing French empire in Asia was attractive – and really, to be fair, exactly as attractive as the collapsing Spanish empire in the late 1800s had been.  Occupations of the Philippines and elsewhere, and the attempted remaking of Vietnam share ideological similarities, and the “losses” there are still felt deeply by the chickenhawks.  Not the deaths of innocents and draftees, of course.  But the loss of “face,” of the “game.”  The overarching goal, for this political sector, is repetitive:  Must Control, Must Expand Political Authoritarianism, Must Pursue Raw Materials, Must Appear Unchallengeable And Superior At All Times.

These obsessive-compulsive foreign policy behaviors are destructive for the US, and for the targets of the US elite.  They are completely contrary to accepted and traditional morality.  They entail, as all sins must, a great deal of lying and obfuscation, in order to continue, and hence the role of national and deep-state owned media. 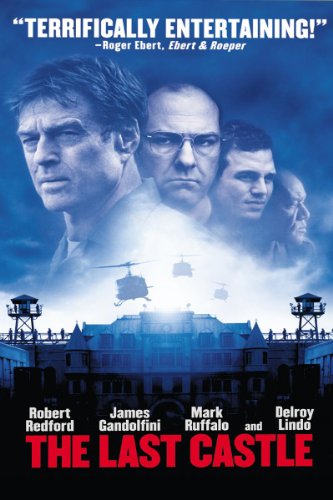 Incidentally, I am not buying into the definition of the deep-state as [only] entrenched Obama appointees, as explained here and being repetitively retold on right wing outlets.  This aspect of the deep state is certainly entertaining, like a viral cat video, and contains a similar amount of truth.   Cats like to play, career civilians and political appointees are certainly partisan.  But to understand the deep state, one must follow the money, the debt program, the central banks, and one must be willing to entertain the possibility that the biggest mafias the world has known are our great and powerful governments, throughout history and never more uncontrollable and dangerous than today.

The radio show I am referring to, just a segment of a longer harangue effectively arguing no less than full economic and military war with China, as well as North Korea, Russia and Iran, featured the voices and perspectives of the 21st century American chickenhawk.  War lovers, but not war fighters.  A good example of this species in movies, beyond those provided in the Stanley Kubrick classic, might be the prison warden in The Last Castle.  The perfectly played James Gandolfini character embodied arrogance and cowardice, obsessing with his toy soldiers and a full-blown fantasy of his own heroism and patriotism.  The film powerfully balanced this portrayal with the Robert Redford soldier’s character of self-doubt, regret, humility and real courage.

But The Last Castle is just a movie, a helpful lesson in the life and times of a chickenhawk, complete in a few entertaining hours.  Unfortunately, we have no similar real-life call to action against the dangerous ignorance and arrogance of those advocating global war, economic and material, in the name of political correctness and the global reputation of the United States.

The silliest part of the chickenhawk preoccupation with preserving the US reputation is that this reputation is completely deplorable and completely unrepairable. In an era of global communications, and the ability of consumers to listen to and watch anything they wish in real time around the planet, the only folks interested in what the chickenhawks say and think are the intelligence agencies of potential victim states.  That, just in case the bold and bloody message of this shrill, feathered freak is adopted or acted upon by the Trump administration.

In a world where ideas and people and products are freely exchanged, judged and debated, the illogical message of the chickenhawks would never be competitive. Even in our unfree world with government media jamming it 24/7, through political parties and special interest advocacy, this message is still not well-liked by most Americans.  The people living in our country are probably the best-informed population that has ever lived here, and we have lived our entire lives watching and often participating in the American political state’s war, at home and abroad. Coming full circle in the cycle of state propaganda, we now educate ourselves and our children and friends personally, participating in the state’s glorious smorgasboard selectively, taking what we like, and walking on past the stale foreign policy and steaming police state offerings.  We haven’t left the building yet, but wise investors have already downgraded the restaurant from “Buy” to “Hold.”

There isn’t much we can do but reject the most awful ideas, and assess correctly the fundamental nature of this chickenhawk infestation.  To be fair, our feathered friends are doing the best they can, bless their rapidly beating hearts.  Like Narcissus, it is difficult to perceive our own prejudices, and without a program for putting the soft yet intellectually militant little birds on the front lines of the battles they demand, what can we do?

My neighbor periodically clears out the birds that mess with his poultry house with some buckshot.  Every day in every way, we should adopt such vigilance.  It’s always chickenhawk season, and we have every right to protect ourselves, our property, and our country from their screeching and their contaminated droppings.

Previous article by Karen Kwiatkowski: Trump Is the Perfect President

The Doctor Who Got Hitler HookedMaking Democracy Unsafe for the World