Should We Trust the Government's Claims About Syria?

President Obama and Secretary of State John Kerry are adamant that the Syrian government carried out a chemical weapons attack on Syrian civilians last month. They have thus far provided the public scant hard information to back up their claims. Even Obama ally Sen. Tom Harkin (D-Iowa) characterized the evidence in a Sunday Capitol Hill classified briefing as “circumstantial.”

Perhaps the Assad regime did commit this brutal attack. But can we expect the U.S. government to be honest about an alleged atrocity which the president is invoking to sanctify his foreign policy?

History is not reassuring on that score. During World War II, the Roosevelt administration worked ceaselessly to present Soviet dictator Josef Stalin as a friendly quasi-democratic type – “Uncle Joe.” However, in 1940, after the Soviets seized much of Poland, the Soviets executed 22,000 Polish officers and intellectuals in the Katyn Forest in western Russia. When the German army discovered the mass grave site in 1943, the Roosevelt administration rushed to blame the killings on the Nazis. 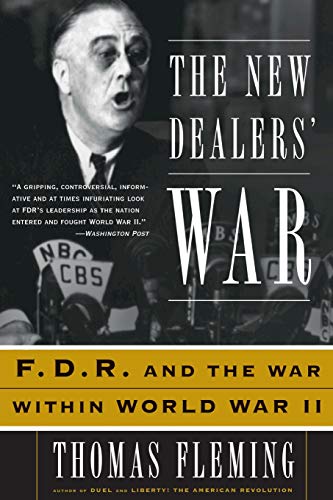 Whitewashing the Katyn Forest massacre helped blindfold both American policymakers and the American public regarding the brutality of the Soviet Union. This deceit helped the Soviets cement control of Poland and other East European nations after World War II.

Last year, the National Archives finally declassified a thousand pages of documents that exposed the U.S. government cover-up of Soviet responsibility. The Associated Press noted, “The White House maintained its silence on Katyn for decades, showing an unwillingness to focus on an issue that would have added to political tensions with the Soviets during the Cold War.” The record showed that the U.S. had plenty of proof from 1943 onward that the Soviets were guilty. But when Polish-American radio stations in Detroit and Buffalo began broadcasting the details of the killings during World War II, the Roosevelt administration “brusquely silenced them,” as historian Thomas Fleming noted in his book, The New Dealers War.

Last year’s revelations happened in large part because of pressure from Congresswoman Marcy Kaptur, whose Ohio district includes many Polish Americans. It took 69 years for the U.S. government to disclose that it had deceived the American people regarding one of World War II’s landmark atrocities.

Turning on Trump After Missile Strikes These People Frighten Me