When Was The Last Time You Held A Baby?

Have you ever noticed that pessimistic and depressed people avoid babies?

I’m sure there are exceptions to this statement, but on the whole, I think it’s accurate. Dark, gloomy minds shy away from babies. I think there’s something to learn from this.

Here’s another thought: There is a psychological need to be around small children. In The Breaking Dawn, I included a short passage about this:

What the lords of the Order failed to understand was that the suppression of the birth rate was also involved in the suppression of productivity. A junior professor in Iceland had discovered the correlation. His research made it clear that the absence of children from daily affairs depressed people. They needed to see a sufficient number of children in order to function well over time.

And while I can’t point to particular studies, I’m convinced that this is true: We need small children in our lives to remain properly balanced. We become unhealthy when we’re without them for too long.

And so, if these two thoughts are true… or even partly true… they’re something we should pay attention to. There’s something important to gain from them. 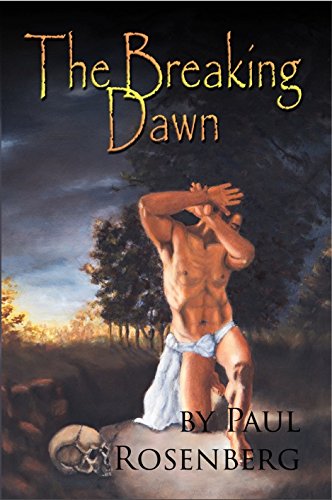 Babies have strong effects upon us because they reset us mentally; they hearken back to less-damaged states in our lives. They are a touchstone… an untainted comparator… a tool to help calibrate our minds and our sense of life.

When we make real contact with babies, we are confronted with raw humanity, newly introduced into the world, headed into unlimited possibilities.

In other words, babies provide a kind of spiritual reset; they take us out of the dark mental ruts most of us live in and confront us with a nearly blank human slate… beings that are suited to far better things than the daily swill most people trudge through.

Pick up a baby next time you can (maybe every time you can), and really look into this child. See the fresh creature he or she is. Think about the kind of world this tiny creature will soon encounter. Can you feel the incongruity of sending this new being into a dark, deforming world?

Holding this child in your arms can you really justify sending him (or her) to something like a torture school? And yes, there are such things, promoted and staffed by our sanctimonious overlords. Babies of two or three decades ago are attending such schools right now.

Granted, that’s a pretty strong example, so how about this:

Do you want to see this child passed-out drunk? Bear in mind that in large segments of the West, especially in universities, getting falling-down drunk, repeatedly, is almost part of the curriculum. And loud, hyper-sexualized, aggressive behavior is expected. If you don’t do it, you’re “weird.”

Is that what you want for this child?

Or do you want to see the sweet boy you’re holding “get ahead” by bribing politicians? To get legislation written to make him rich while thousands or millions of people are deprived of choices and over-pay? To chase status so he can get his hands on as many vapid women as possible?

I dare say that none of us would want such things for the child we hold in our arms… and that’s the point. A baby confronts us with an unjaded being, and with an unjaded version of ourselves.

Without this kind of touchstone – without recalibrating ourselves from time to time – it’s all too easy to become dark, bitter, and hopeless.

Previous article by Paul Rosenberg: So What If It Was the Russians