Investing in Russia: A Do-It-Yourself Primer

Today Russia has largely delinked from the QE, fiat currency and debt spirals that are casting a shadow over much of the investing world, in many ways thanks to sanctions. In short, there is a lot of room on the upside in this Russian market for the long term, but as the New York Lotto ad says, “You gotta be in it to win it”

Editor’s Note: Over the last few weeks a multitude of readers have asked about how to go about investing in Russia. We tasked our in-house financial expert Paul Goncharoff — who has been doing business in Russia since before the internet was invented — to provide our readers with a short beginner’s guide. Paul Goncharoff is Chairman, Disciplinary Committee, National Association of Corporate Directors, Russia.

Lately, I have seen a noticeable increase in the number of non-Russians registering as so-called “tax residents” in the Russian Federation. This is by no means a tsunami of people, but it is increasing mainly due to opportunity and comparatively lower rates on personal income taxes. Additionally, it allows the resident unfettered access to bank accounts and to trade directly on the exchanges in Russia. Who can say, but some feel it may evolve to be a reliable “offshore” locale with privileges. As for investing in Russia, the Moscow Exchange, or MOEX whose website is in English has clear, informative and complete content for those who want to understand Russian trading opportunities. The MOEX is a good place to go to for detailed information about what is trading, from stocks, indexes, and commodities to forex.

If you are not a foreign resident in Russia then you can choose to buy exchange-traded funds (ETFs), American Depository Receipts (ADRs), and Global Depository Receipts (GDRs). These trade on U.S., London, and other exchanges. The advantage is easy access through any local broker you may be using. Good complete information on ADRs can be found here, on GDRs, and as far as top rated Russia ETF’s then have a look at. 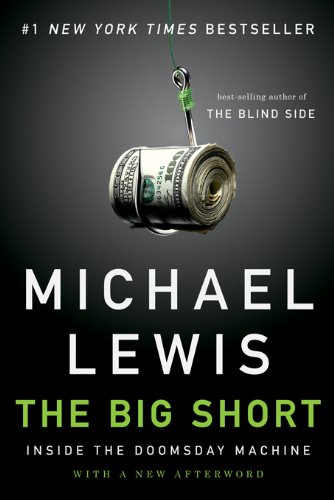 There are several international brokerages offering direct or indirect access to trading on Russian markets but often charge a premium commission for such global trades. If you wish to find a full-service brokerage active in Russian markets there are several to choose from the members list on MOEX. If you scroll through them, it is likely you will find a firm that you know locally, and who you can then contact directly and get their service offers.

If you are willing to get involved in taking the time, doing some paperwork and form-filling, then there are ways to trade online directly, for example through Sberbank.

It is often heard that getting involved in Russia is difficult, that Russia does not want to make things easy or promote itself or its markets. This is a cultural thing and worth being aware of. Advertising, marketing, and self-promotion are not high on the Russian appreciation scale. It is certainly not because Russians are inherently mysterious or standoffish, rather it originates in the way business and other relationships have come to be accepted through the prism of Russian norms. Both a buyer and a seller (or any two persons) should be seen to have made an effort in establishing a relationship; otherwise, it probably will be a flash in the pan and not worthwhile. The saying “if it sounds too good to be true, it probably is” plays a role in the cautionary cultural mentality of Russia, and promotional advertising tends to be skeptically viewed. Therefore making that extra effort here is worthwhile, paying off in many ways over time. As time goes on this aspect of Russia is changing as well in our digital world, and sometimes I catch myself asking…. for the best?

Meanwhile, the Russian market has proven itself stress resilient in the face of all the game-changing geopolitical and economic events going on in this world. It is considered significantly undervalued when compared to most developed and developing economies. Today Russia has largely delinked from the QE, fiat currency and debt spirals that are casting a shadow over much of the investing world, in many ways thanks to sanctions. In short, there is a lot of room on the upside in this Russian market for the long term, but as the New York Lotto ad says, “You gotta be in it to win it”.