The Case Against LBJ for Murdering JFK

But, I always ignored the obvious:cui bono. Believing that LBJ was the chief conspirator was just too simple an explanation. Everyone knew he was obnoxious, kinky and hinky, but believing that he would kill his boss to assume the presidency seemed a stretch. Surely someone in the vast army of print, radio and television reporters would have investigated this possibility. And of course, considering the importance of the crime, our congressmen and senators would have checked this out. They did run a committee in 1978 which did determine a probable JFK conspiracy without mention of LBJ. But alas, no one in a position of power could find the bloody dots or connect them. Historically, LBJ was just an All-American rascal who crawled his way to the top, became a civil rights hero, enabled and inflamed that “silly Asian war”, and ultimately left office as sort of a tragic flawed and wounded man.

There were those who tried to expose LBJ: J. Evetts Haley 1964 book: A Texan Looks at Lyndon; Newcomb and Adams 1974 manuscript: Murder from Within; and more recently Mark North’s: Betrayal in Dallas; Phil Nelson’s: LBJ. The Mastermind of the JFK Assassination. All these books are credible and well written, but again, there was no reaction from the news media or congress.

Now Roger Stone, a Washington insider, comes to the forum with his book: The Man Who Killed Kennedy. Based on his radio interviews, I can say that Stone is not a JFK supporter. But he appears to be a person who is willing to hold up the American military/industrial/political/media complex to the light and give the common man a whiff of its smelly, rotten underbelly. To sum it up: LBJ was an egotistic maniac who murdered anyone who got in his way to the presidency. LBJ was one of the biggest crooks who ever set foot in Washington. LBJ was a big, ugly snake and a leader in a generation of vipers. If JFK had lived a couple of additional days, LBJ would have been exposed to the nation, via a LIFE magazine story scheduled for print, as a big crook. He would have been indicted, tried, convicted, and sent to prison. But everything changed on 11/22/63. JFK was dead and instantly the world forgot about the new president’s sins. The media buried their heads and made soothing mockingbird sounds of relief. It was all over. The world is safe for democracy. Back to business. Move along there’s nothing to see here. And so it went over 50 years.

Now Stone’s book appears to be having some impact on the general population, possibly due to his tireless and sturdy promotional efforts, and to the fine quality of this book, and because he appears to be an insider “in the know”. Buy the book, it will either reaffirm your cynical thoughts or change your naïve beliefs about LBJ. Stone’s information is timely, verifiable, and clear. The conclusion: a successful coup d’etat. The sad fact: everyone in power today appears to represent the viewpoint of the original conspirators and they are continuing the nasty, evil work that started in November 1963. Coup d’etat…C’est la vie. 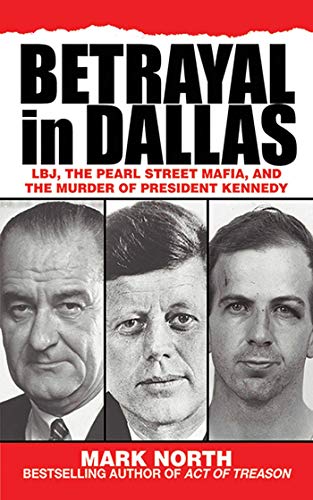 Hey, Paul Ryan The Greatest Enemy of the State