16 Reasons Why You Shouldn’t Live In California

It has been said that “as California goes, so goes the nation”.  That is why it is such a shame what is happening to that once great state.  At one time, California seemed to be the epicenter of the American Dream.  Featuring some of the most beautiful natural landscapes in the entire world, the gorgeous weather and booming economy of the state inspired people from all over the world to move to the state.  But now people are moving out of the state by the millions because life in California has literally become a nightmare for so many people.

I certainly don’t have anything against the state personally.  My brother and sister were both born there, and I spent a number of my childhood years in stunning northern California.  When I was younger I would sometimes dream of getting a place on the coast eventually, but for reasons I will discuss below, I no longer think that would be advisable.

In fact, if I was living in California today I would be immediately looking for a way to move out of the state unless I specifically felt called to stay.  The following are 16 reasons why you shouldn’t live in California… 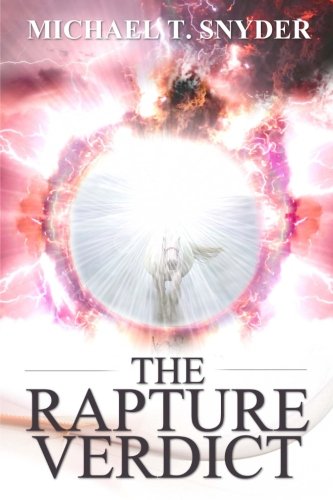 #1 The entire California coastline is part of the “Ring of Fire” seismic zone that roughly encircles the Pacific Ocean.  The San Andreas Fault has been described as a “time bomb“, and at some point, there will be a catastrophic earthquake that absolutely devastates the entire region.  In fact, a study that was just released says that a “major earthquake” on the San Andreas Fault “is way overdue” …

A recently published study reveals new evidence that a major earthquake is way overdue on a 100 mile stretch of the San Andreas Fault from the Antelope Valley to the Tejon Pass and beyond.

Researchers with the U.S. Geological Survey released the results of the years-long study warning a major earthquake could strike soon.

#2 Out of all 50 states, the state of California has been ranked as the worst state for business for 12 years in a row…

In what is sounding like a broken record, California once again ranked dead last in Chief Executive magazine’s annual Best and Worst States for Business survey of CEOs – as it has all 12 years the survey has been conducted. Texas, meanwhile, earned the top spot for the 12th straight year.

Among the survey’s subcategories, the 513 CEOs from across the nation ranked California 50th in taxation and regulation, 35th in workforce quality and 26th in living environment, which includes cost of living, the education system and state and local attitudes toward business. Notably, California placed worst among the nine states in the Western region in all three categories.

#4 The state government in Sacramento seems to go a little bit more insane with each passing session.  This time around, they are talking about going to a single-payer healthcare system for the entire state that would cost California taxpayers 40 billion dollars a year…

On Friday, State Senator Ricardo Lara introduced legislation that would transition California’s healthcare into a single-payer system. (RELATED: Read what a retired colonel said about the real purpose of Obamacare). The system would be very similar to the healthcare system currently in place in Canada and would cost California taxpayers roughly $40 billion for the first year alone. Given the poor economic climate California has already created for itself, this will no doubt be just one more burden on the people of California, and one step closer towards total bankruptcy.

Micah Weinberg, the president of the Economic Institute at the Bay Area Council, raised concerns over the financial consequences of the proposed legislation. “Where are they going to come up with the $40 billion?” he asked. He went on to suggest that adopting a state level single-payer system is “just not feasible to do as a state.”

#5 The traffic in the major cities just keeps getting worse and worse.  According to USA Today, Los Angeles now has the worst traffic in the entire world, and San Francisco is not far behind.

#6 A lot of money is being made in Silicon Valley these days (at least for now), but poverty is also exploding in the state.  In desperation, homeless people are banding together to create large tent cities all over the state, and the L.A. City Council recently asked Governor Jerry Brown “to declare homelessness a statewide emergency“.

#7 Thanks to unchecked illegal immigration, crime is on the rise in many California cities.  The drug war that has been raging for years in Mexico is increasingly spilling over the border, and many families have moved out of the state for this reason alone.

#8 California is one of the most litigious states in the entire nation.  According to the U.S. Chamber Institute for Legal Reform, the “lawsuit climate” in California is ranked 47th out of all 50 states.

#9 Every year wildfires and mudslides wreak havoc in the state.  Erosion is particularly bad along the coast, and I have previously written about how some portions of the California coastline are literally falling into the ocean.

#10 California has some of ridiculous housing prices in the entire country.  Due to a lack of affordable housing rents have soared to wild extremes in San Francisco, where one poor engineer was actually paying $1,400 a month to live in a closet.

#11 All over the state, key infrastructure is literally falling to pieces.  Governor Jerry Brown recently issued a list of key projects that needed to be done as soon as possible, and the total price tag for that list was 100 billion dollars.  Of course, that list didn’t even include the Oroville Dam, and we all saw what happened there.

#12 Radiation from the ongoing Fukushima nuclear disaster continues to cross the ocean and wash up along the California coastline.  The impact of this crisis on the health of those living along the west coast could potentially be felt for generations.

#13 Illegal drug use in the state is on the rise again, and emergency rooms are being flooded by heroin overdose victims.

#14 On top of everything else, it is being reported that Russia is “quietly ‘seeding’ the U.S. shoreline with nuclear ‘mole’ missiles”.  The following comes from retired colonel and former Russian defense ministry spokesman Viktor Baranetz…

“What are these mysterious ‘asymmetrical responses’ that our politicians and generals speak about so often? Maybe it’s a myth or a pretty turn of phrase? No! Our asymmetrical response is nuclear warheads that can modify their course and height so that no computer can calculate their trajectory. Or, for example, the Americans are deploying their tanks, airplanes and special forces battalions along the Russian border. And we are quietly ‘seeding’ the U.S. shoreline with nuclear ‘mole’ missiles (they dig themselves in and ‘sleep’ until they are given the command)[…]

“Oh, it seems I’ve said too much. I should hold my tongue.”

Hopefully what Baranetz is claiming is not accurate, because if it is even partly true the implications are absolutely staggering.

#15 North Korea is a major nuclear threat as well.  It is being reported that the North Koreans are developing an ICBM that could potentially reach the west coast of the United States…

#16 Someday a very large earthquake will produce a major tsunami on the west coast.  According to the Los Angeles Times, one study found that a magnitude 9.0 earthquake along the Cascadia fault could potentially produce a massive tsunami that would “wash away coastal towns”…

If a 9.0 earthquake were to strike along California’s sparsely populated North Coast, it would have a catastrophic ripple effect.

A giant tsunami created by the quake would wash away coastal towns, destroy U.S. 101 and cause $70 billion in damage over a large swath of the Pacific coast. More than 100 bridges would be lost, power lines toppled and coastal towns isolated. Residents would have as few as 15 minutes notice to flee to higher ground, and as many as 10,000 would perish.

Scientists last year published this grim scenario for a massive rupture along the Cascadia fault system, which runs 700 miles off shore from Northern California to Vancouver Island.

Over the past decade, approximately five million people have moved away from California.

After reading this article, perhaps you have a better understanding why so many people are getting out while they still can.

To me, one of the greatest concerns is the rise in seismic activity that we are seeing all over the world.  In my latest book, I express my belief that the United States will be greatly affected by this increase in seismic activity, and California is going to get hit harder than just about anywhere else.

Once again, I don’t have anything against California or the people that live there.  It is such a beautiful place, and it once held so much promise.

Unfortunately, that promise has been shattered, and there is a mass exodus out of the state as families flee the horrific nightmare that California is in the process of becoming.

Previous article by Michael Snyder: Gov’t Spooks Can Use the Mic and Camera on Trump’s Phone