In 1713, the City Council of Geneva ratified the world’s first bank secrecy law. The ordinance prohibited bankers from divulging any information about their clients’ transactions, except by agreement with the cantonal council.

More than two centuries later, in 1934, the Swiss federal parliament enacted a national bank secrecy law. It punishes bankers who violate this trust with fines and prison sentences up to five years.

But Switzerland has now said “Tschuess” (good-bye) to its long tradition of bank secrecy, at least with respect to data exchanges with foreign tax authorities. It’s sad, but not unexpected, the result of unrelenting pressure applied by the US and other major countries against the Swiss government.

Switzerland, along with more than 100 other countries, has now ratified an amended version of the “Convention on Mutual Administrative Assistance in Tax Matters.” This Convention is the most far-reaching international tax agreement ever negotiated.

The objective of the treaty is:

…to provide for all possible forms of administrative co-operation between States in the assessment and collection of taxes, in particular with a view to combating tax avoidance and evasion. This co-operation ranges from the exchange of information to the recovery of foreign tax claims.

The Convention covers all taxes, including income, capital gains, wealth, state and local, social security contributions, estate, inheritance, and gift taxes. Signatories must even honor information requests that concern tax obligations that don’t exist in the requested country. Nor is its scope restricted by the residence or nationality of the taxpayer.

The revised Convention, which was amended by mutual agreement, or “protocol,” in 2010, provides for all possible forms of administrative cooperation between governments in the assessment and collection of taxes. Cooperation ranges from the exchange of information, including automatic exchanges, to the collection of foreign tax claims.

Switzerland never signed the original Convention. However, the revised Convention came into effect in Switzerland on Jan. 1, 2017. Switzerland is now collecting information on depositors in its financial institutions and will begin sharing it in 2018.

Of course, bank secrecy in Switzerland didn’t end overnight. Previously, the country would only provide banking information if requested by another country with which it had signed a tax treaty or tax information exchange agreement (TIEA). Even then, Switzerland required the requesting tax authority to provide evidence of tax evasion by a specific person or company. The law didn’t permit “fishing expeditions” by foreign tax authorities in the hope that relevant data would be handed over.

It’s no surprise, then, that the volume of assets held in Swiss financial institutions has fallen sharply – from over CHF 700 billion in 2006 to less than half by the end of 2015. It’s safe to assume that more money will be exiting Switzerland now that it’s ratified the Convention. 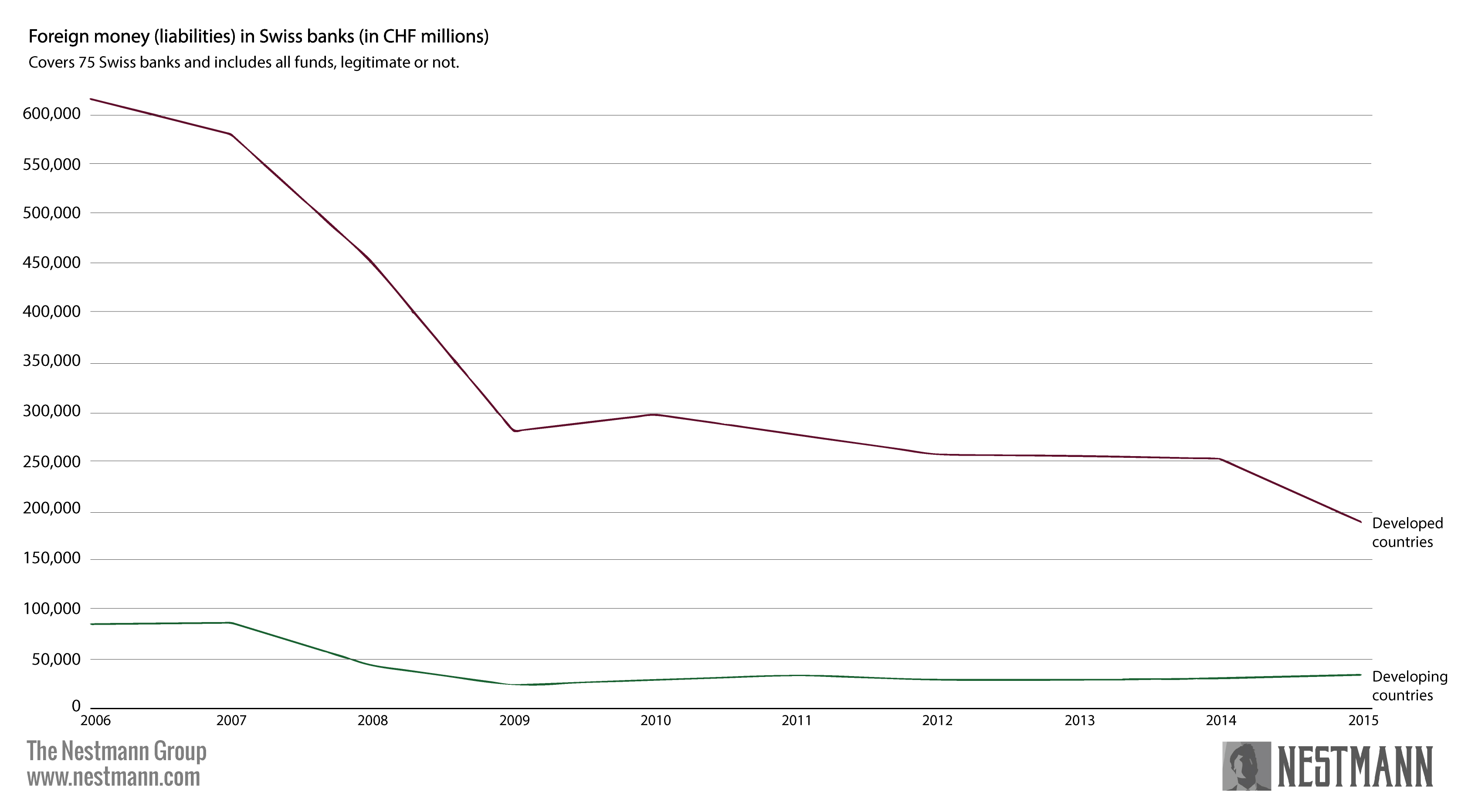 Where did all the money go? Much of it wound up in Singapore, with the owners of often-untaxed funds trusting that country’s bank secrecy laws would be more resilient than Switzerland’s. Unfortunately for them, that was not to be the case. The Convention actually came into force in Singapore a year earlier than in Switzerland – in 2016.

More recently, a lot of the money leaving Switzerland and other former secrecy havens appears to be flowing into the US. Foreign direct investment into the US in 2015 alone came to a record $348 billion. Indeed, more than three times as much foreign investment resides in the US than any other country.

If you’re wondering why it’s because the US is the world’s largest tax haven:

But how about the Convention? Well, while the US signed this agreement in 2010, the Senate never ratified it. Spirited opposition by Senator Rand Paul (R-KY) and other defenders of financial privacy doomed its approval. And that’s not likely to change as long as Republicans remain in charge of the Senate.

So, if you’re American considering foreign investments, does that mean you should keep your money at home, in the world’s largest tax haven?

Not at all. Even with the global demise of bank secrecy, international investments – including those in Switzerland – retain many benefits:

There also couldn’t be a better time to invest internationally than now. The US dollar is close to a 14-year high, and its strength means you can buy more foreign stocks, bonds, currencies, real estate, etc. than you could in many years.