11 Stunning Visualizations of Gold Show Its Value and Rarity

By Jeff Desjardins
The Money Project

Since Ancient times, gold has served a very unique function in society.

Gold is extremely rare, impossible to create out of “thin air”, easily identifiable, malleable, and it does not tarnish. By nature of these properties, gold has been highly valued throughout history for every tiny ounce of weight. That’s why it’s been used by people for centuries as a monetary metal, a symbol of wealth, and a store of value.

With all that value coming from such a small package, sometimes it is hard to put gold’s immense worth into context.

The following 11 images help to capture this about gold, putting things into better perspective.

1. The U.S. median income, as a gold cube, easily fits in the palm of your hand. 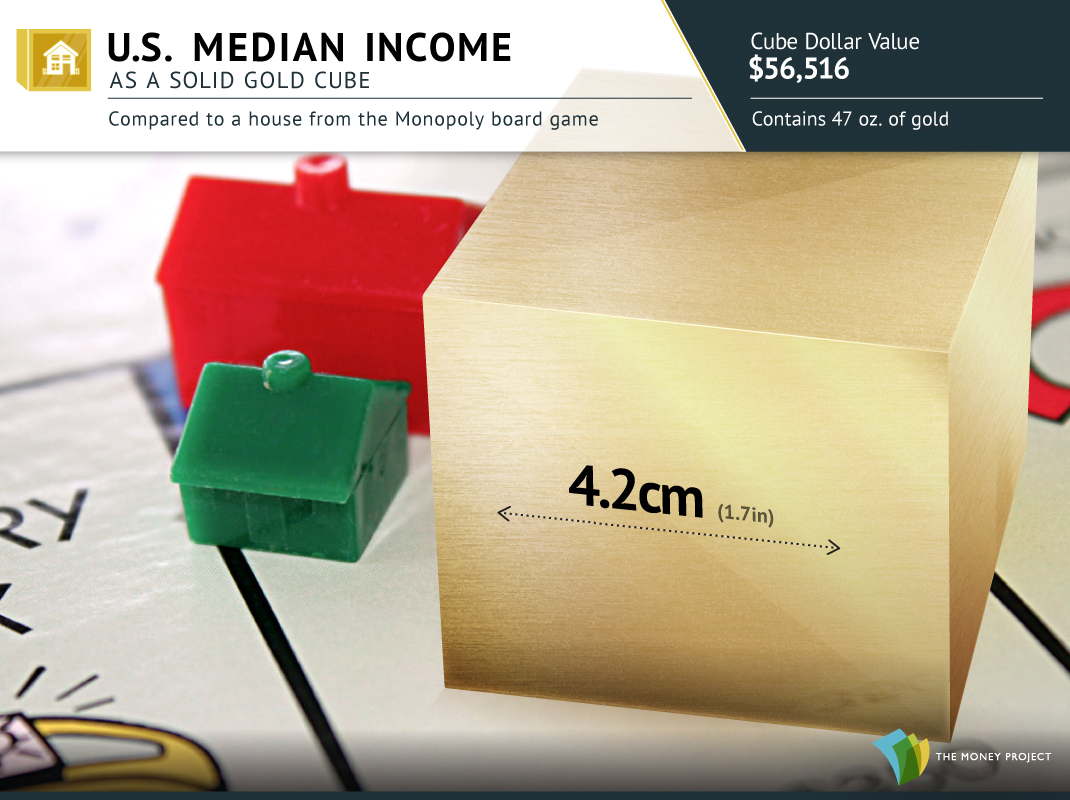 2. A gold cube worth $1 million, has sides that are 2/3 the length of a typical banknote. 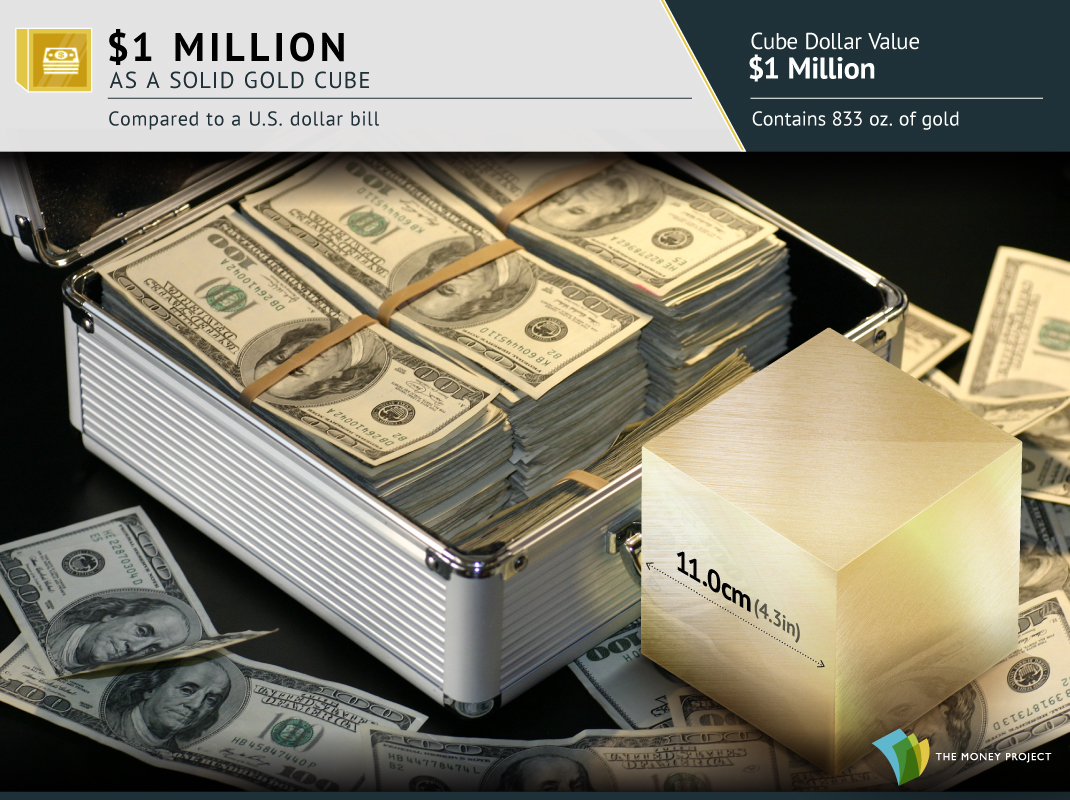 3. All gold used for electrical connections in the Columbia Space Shuttle would be worth $1.6 million today. 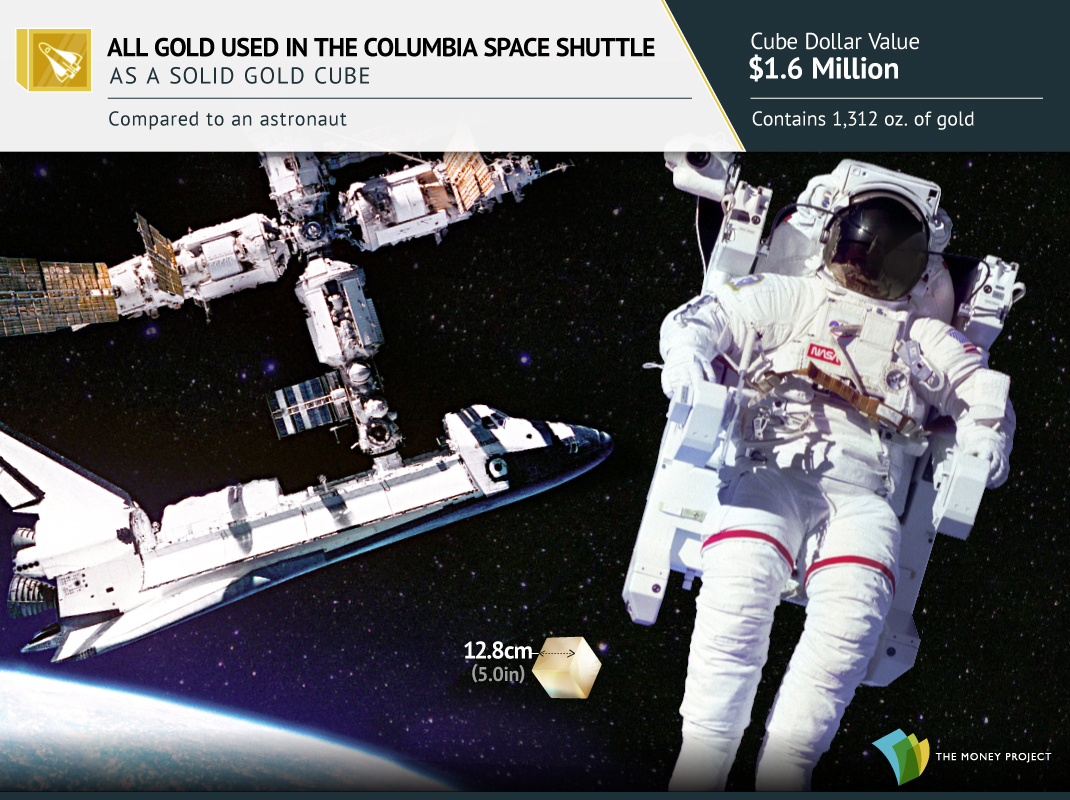 4. Trump’s entire fortune of $3.7 billion as a gold cube would be shorter than Trump himself. 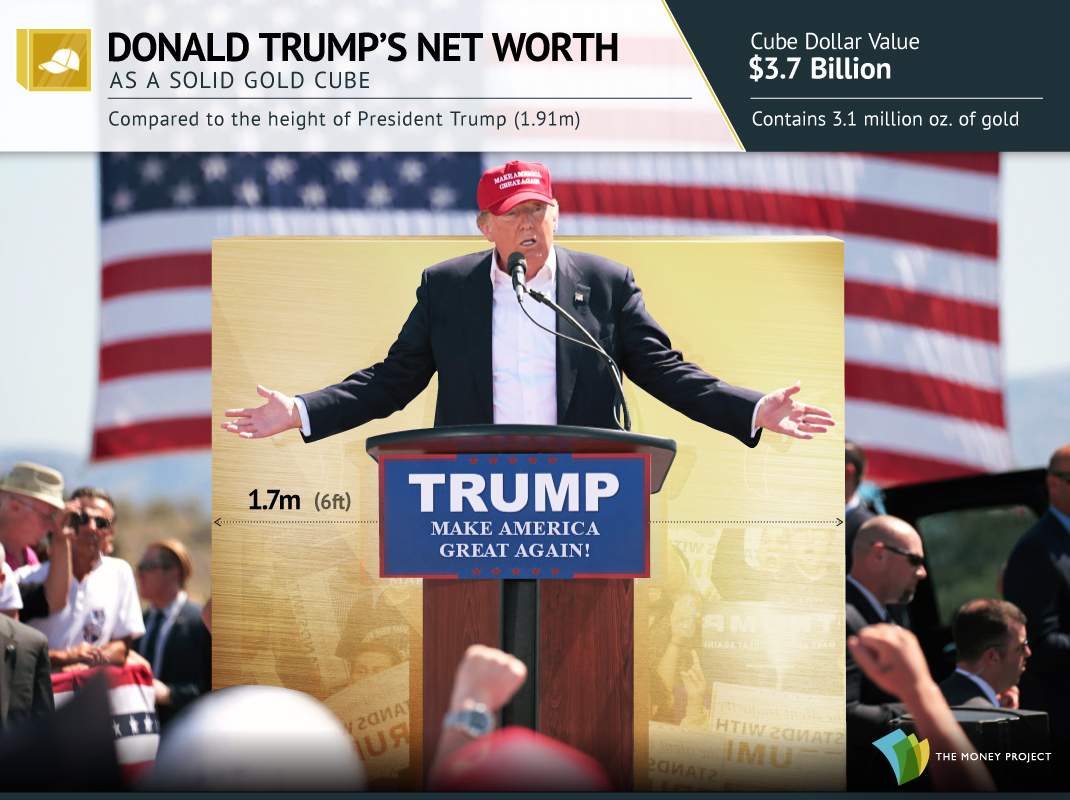 5. As a gold cube, the entire value of the Bitcoin market would fit in a hallway. 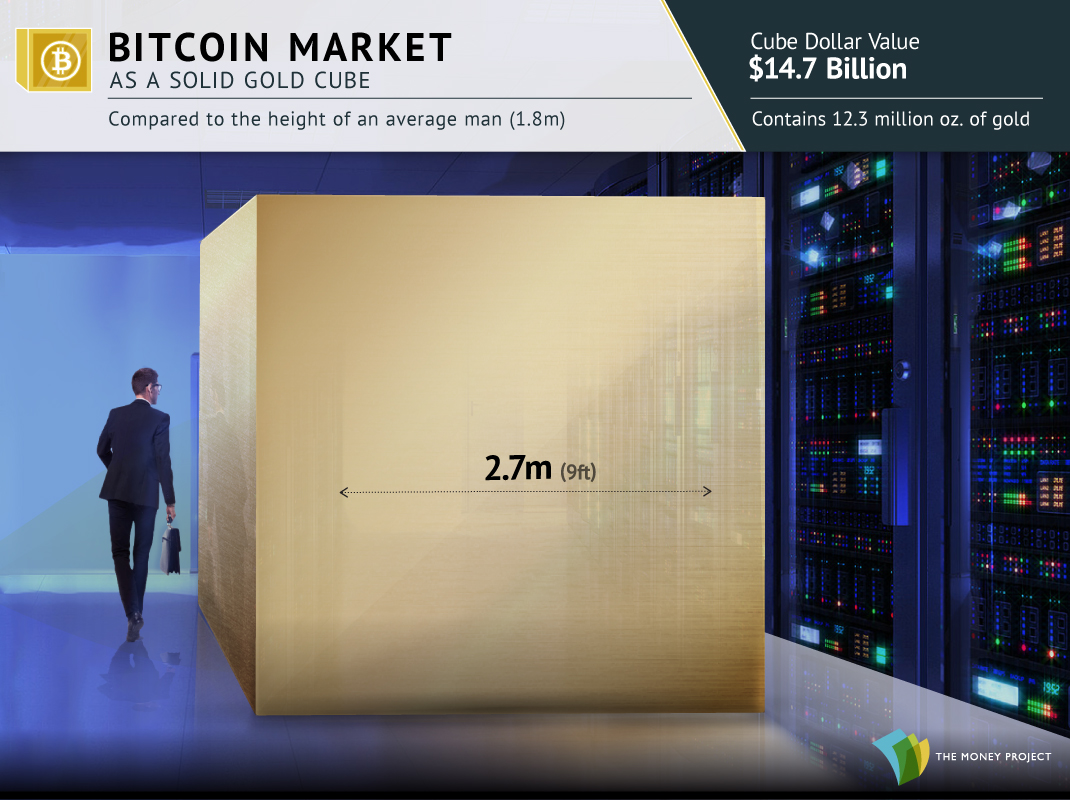 6. The fortune of the richest man on Earth, Bill Gates, would take up a single traffic lane. 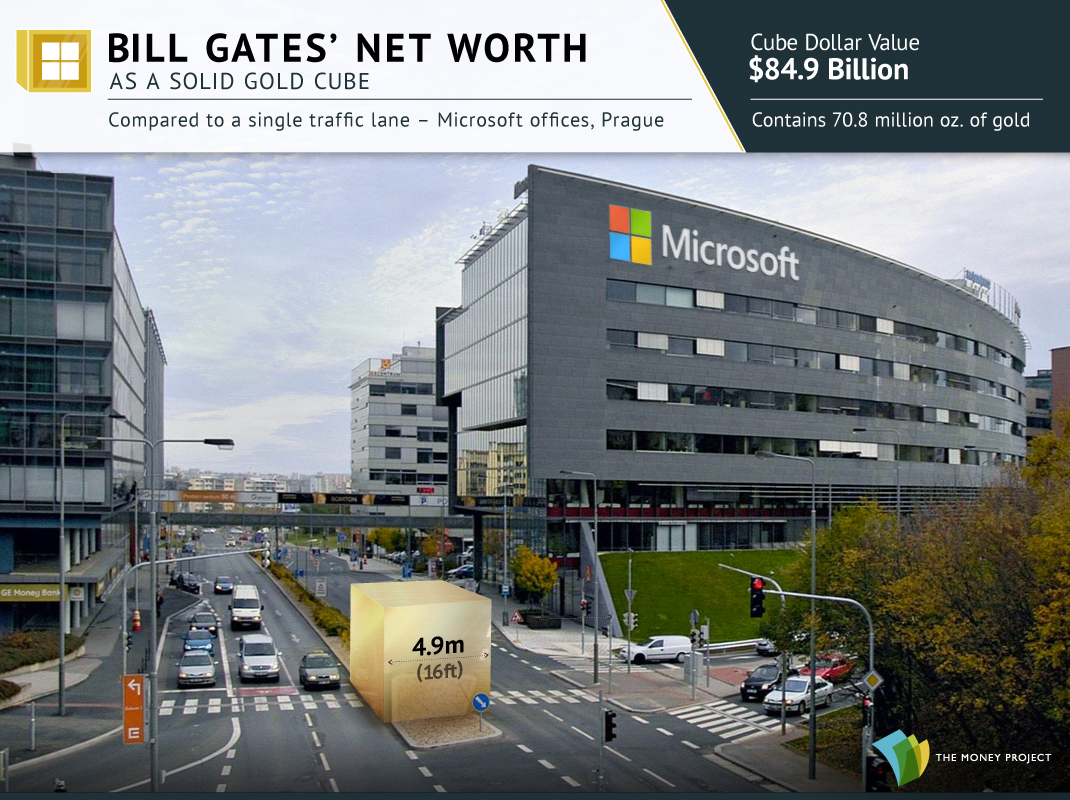 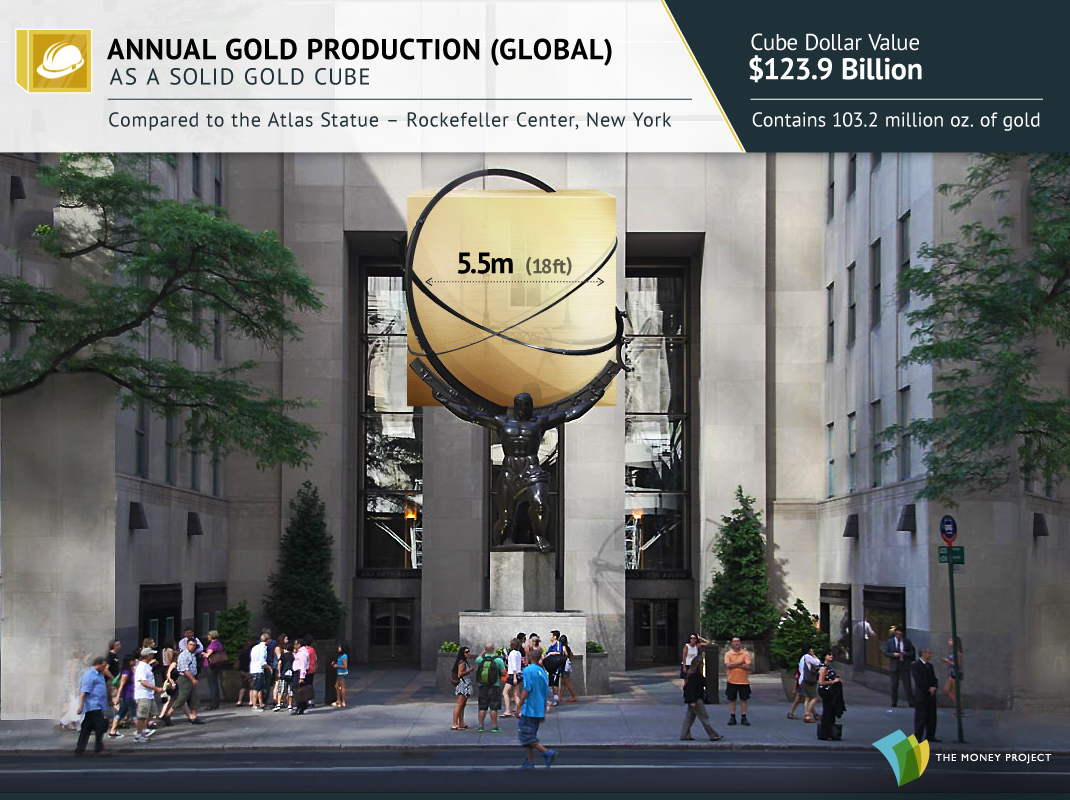 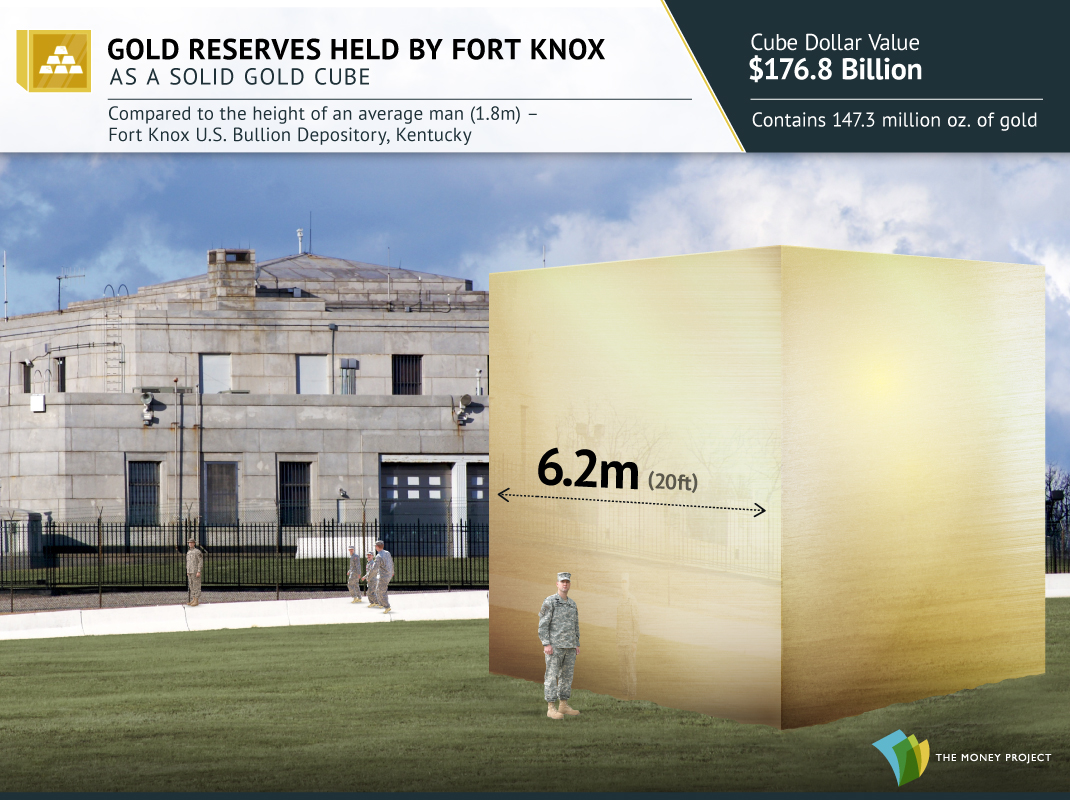 9. All gold held by the Central Banks pales in comparison to the Brandenburg Gate. 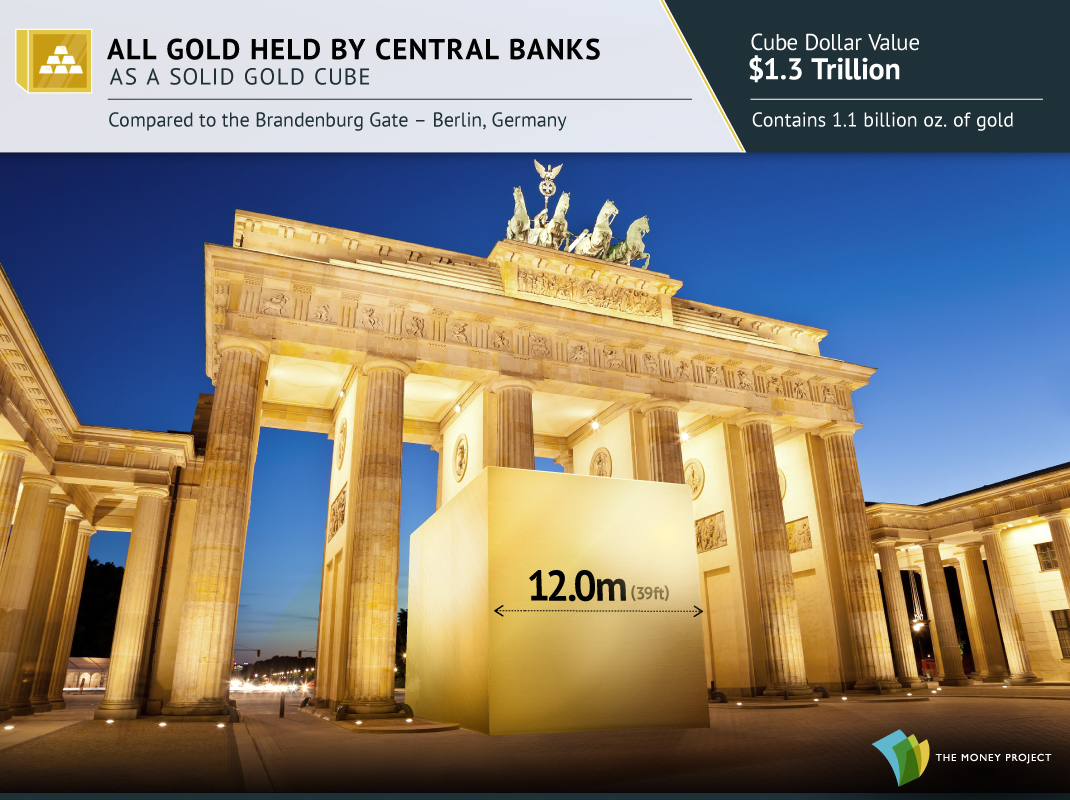 10. All gold mined in human history is dwarfed by the Statue of Liberty. 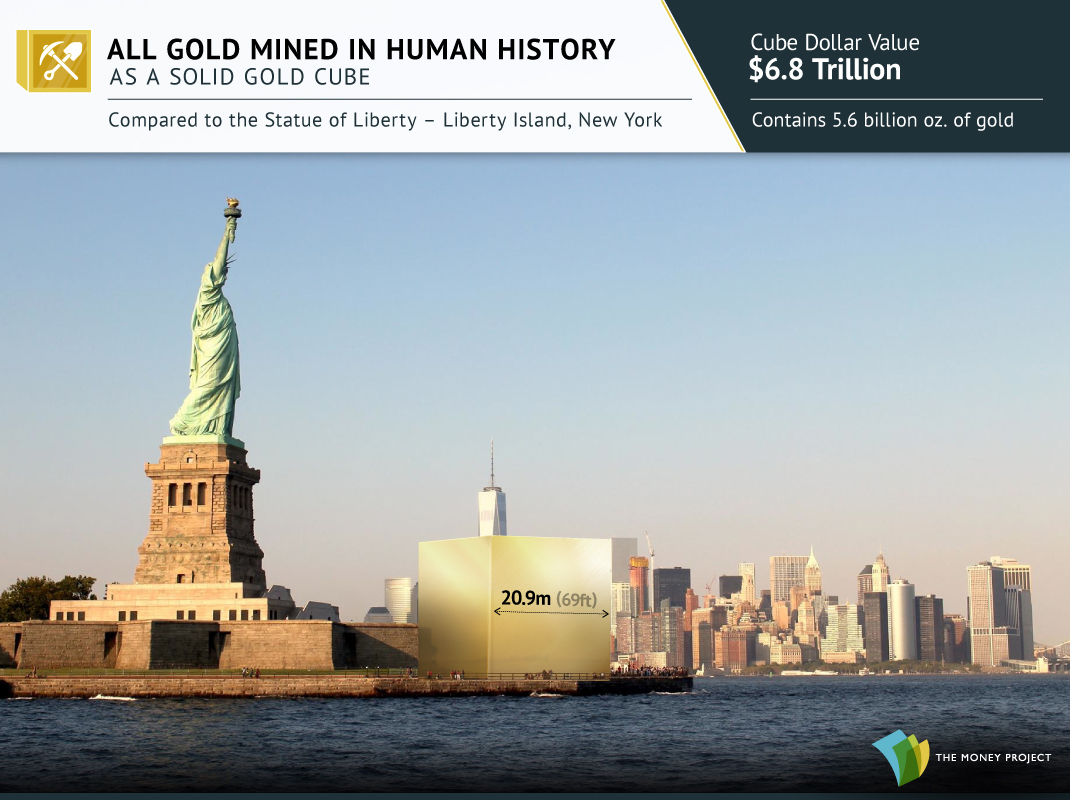 11. To pay off $63 trillion of global sovereign debt, you’d need a gold cube the size of a building. 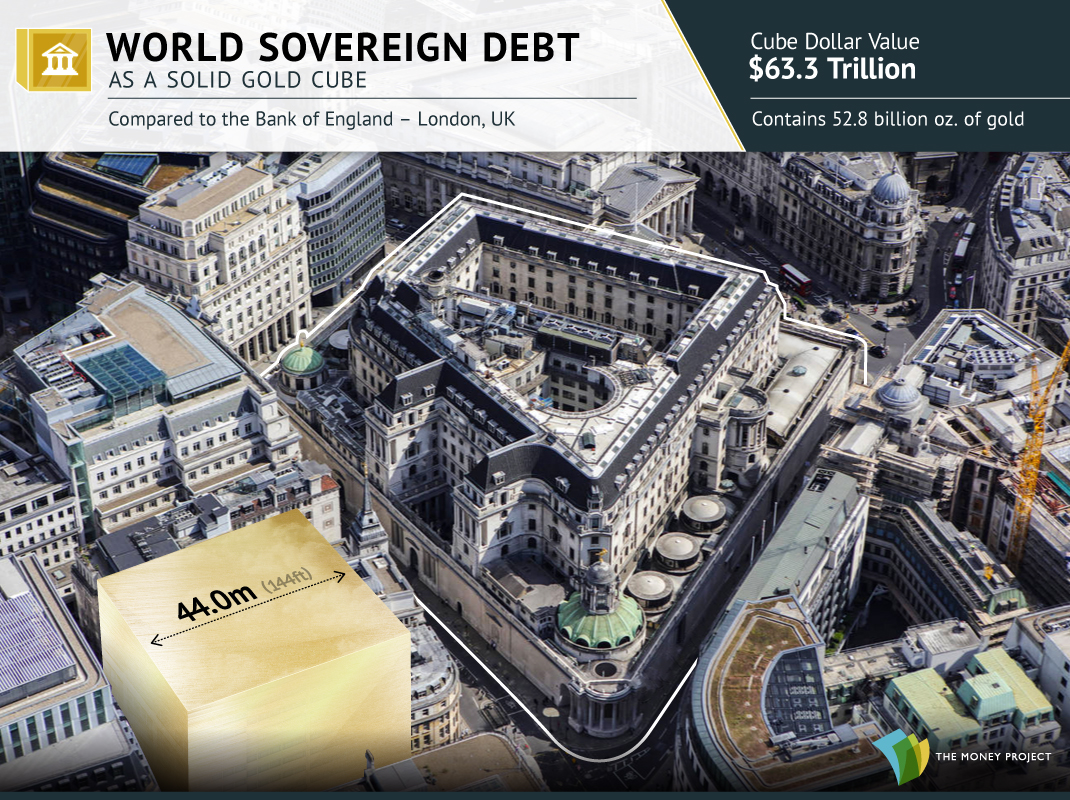 The Cancer of War Crimes Fiction and the Fed