This Book Should be Read by Every American Citizen

Angelo Codevilla’s The Character of Nations is at once a well-written, closely argued and thoroughly documented look at how today’s the United States of America has made almost an 180-degree turn from the USA of de Tocqueville’s time. Codevilla is at his best when he shows the contrasts between what government frowned upon a generation ago, and that is now promoted by various government programs and agencies: “The contemporary American elites … now enjoin actions once prohibited and prohibit actions once enjoined.” Things that were considered too shameful even to discuss a generation ago are now held out as worthy of tolerance and often are deemed superior to more traditional aspects of Western culture.

This volume should be read alongside Thomas Sowell’s excellent book, The Vision of the Anointed. Both books show how the failed palliatives proffered by Big Government have actually tended to exacerbate the problems they were designed to solve. I was especially troubled by the account of the Los Angeles riots, where “the police absented themselves for about twenty-four hours and left store owners to defend lives and property as best they could with their own weapons.” Codevilla reports that the police then handcuffed and took away hapless store owners (many of them immigrants and minorities) who they found trying to protect their property. Increasingly, law-abiding citizens are being blamed for the increase of violence we are experiencing, and judges bend over backward to release convicted criminals back into the communities which had been their prey (but not, Codevilla notes, into the communities “where judges and court officials live”).

The rise in convictions for “white collar crimes,” along with seared consciences over the high rate of incarceration among Black males, has led to such anomalies as persons (and their employers) being tried and convicted of “sexual harassment” for doing little more than telling an off-color joke, while convicted rapist! ts are set free because the prisons are too crowded. Persons who try to ignore race in making decisions are called “racist” by others who want everything to be judged on the basis of a person’s race, gender or class. Increasingly, ordinary citizens are intimidated by an atmosphere in which those who are “successful” in life are put down while those who are “oppressed” receive large doses of government support. 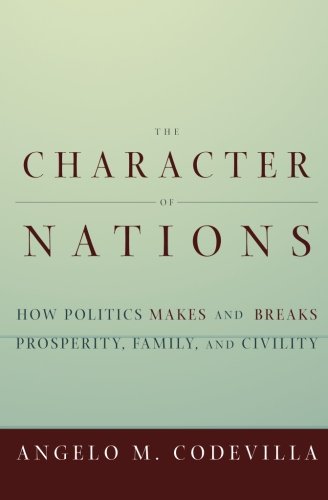 In the meantime, Samuel Frances has noted that a government that is strong enough to defend every form of human depravity is also strong enough to punish those who work for a living and are motivated by a sincere belief in God and Country. If we were ever to have to fight a war like World War II, I doubt very much that we could survive. Who would be willing to risk life and limb to defend a country where their ways are vilified and “alternative lifestyles” are subsidized and promoted in our schools?

My guess is, not enough to field a sufficient fighting force. Codevilla quotes Mario Cuomo, who decried the gun-toting “hunters who drink beer, don’t vote and lie to their wives about where they were all weekend.” Remember, these are not criminals he is describing, but rather folks who work hard to make an honest living so they can support their families while being required to shoulder an ever-increasing portion of the tax burden so that others who do not work can receive an after-tax income in excess of their own.

Codevilla h! as done a great service by showing how, historically, declines in civility and centralization of government power have destroyed once-great civilizations. Americans believe they are invincible. Some would argue that America is a “plum ripe for the picking.”I only hope that I am wrong in my belief that The Character of Nations will not change very many minds. Perhaps those who do read the book will be emboldened to speak up the next time someone impugns Western Democracy. 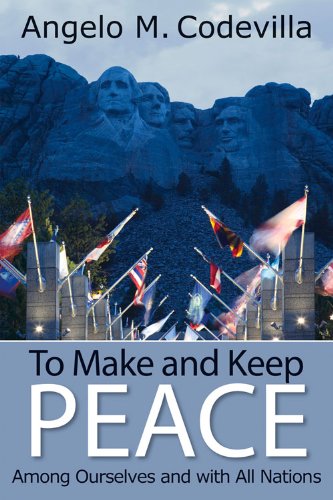 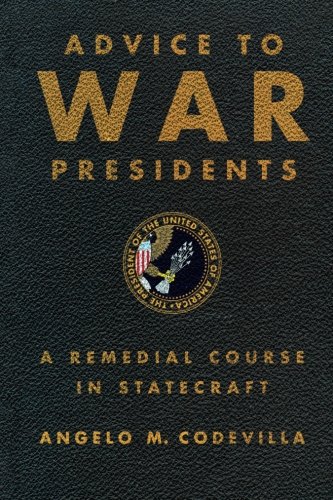