Entrepreneurship is a hot new study area in academia, with devotees of the Austrian school Peter Klein and his student  Per Byland extending the work of Ludwig von Mises, Israel Kirzner, and Murray Rothbard.

I’ve told Professor Klein that I have my doubts about the teaching of entrepreneurship. I’ve known, done business with, been partners with, and now work for an entrepreneur. None of them on a day-to-day basis seem necessarily alert or searching for discrepancies. They just wake up every day wanting to “hit a lick.”

Academics have time for theoretical cogitation, for instance, arguing that entrepreneurship is Kirzner’s “alertness as the fundamental quality of the entrepreneur. Alertness is the entrepreneur’s ability to perceive new economic opportunities that no prior economic actor has yet recognized,” or Rothbard’s “The capitalist-entrepreneur buys factors or factor services in the present; his product must be sold in the future. He is always on the alert, then, for discrepancies, for areas where he can earn more than the going rate of interest.”

Entrepreneurs, in the words of Kenny Wells, wake up every day believing it will be their day. In the new movie “Gold,” Wells (Matthew McConaughey) says “It was April, ’88. I’d lost my house. I lost everything. I was on the balls of my ass, scrambling. Most people would have been dead, but not me. I had a dream. Gold. Just haven’t found it yet.”

The make-up artist for “Gold” did the impossible, making McConaughey look much less than god-like. He’s a pot-bellied chain smoking drunk, with a receding hairline and snaggle tooth.  The exuberant Wells grows up in the mining business in Reno, Nevada and explains mining in the simplest way in an early scene to girlfriend Kay (Bryce Dallas Howard) by fishing around in her purse (his arm is the drill) and pulling out nickels and dimes. 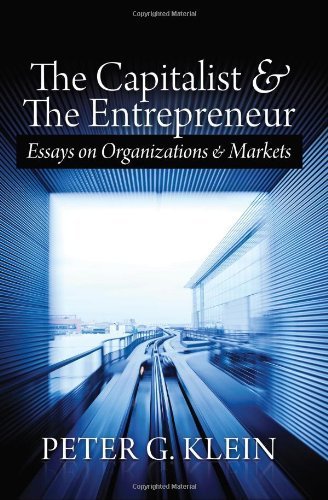 Later, as his company struggles to survive, Wells rifles through Kay’s drawers and hocks enough jewelry to buy a plane ticket to see geologist Michael Acosta (Edgar Ramirez) who is also down on his luck but claims to know where the largest gold deposit in the world is. Acosta drags the Wells into the jungle and sells him on the “ring of fire” story.

Those of us who invest in penny mining shares smile and nod as the two look out into the jungle and imagine hitting the motherlode. We’ve heard these stories dozens of times. Then, all of our losers come to mind when we see Kenny’s drunk salesmen, in a Reno bar, working over investors on the phone to buy shares in what amounts to be nothing but blue sky.

“Gold” is loosely based on Bre-X Minerals, a Calgary company that fabricated the largest mining fraud in Canadian history from the jungle of Borneo. The hoax cost 40,000 investors three billion dollars, but as the Calgary Herald reports, “a decade after the gold dust turned to ashes, locals still believe buried treasure lies beneath the jungle — and they are eager to prove it.”   Golden dreams die hard.

Building a gold mine costs hundreds of millions of dollars. It’s the best example of what Austrian economists call a higher order capital good.  Kenny is ignored by brokerage houses, nearly dies of malaria, but is enough of a believer to hand Acosta two credit cards with a couple thousand dollars in available credit to keep the operation going.

Watching a native pan for gold in the river gives Acosta the idea to “salt” the drill core samples. Suddenly, a mine, and the money to finance it appear and Wall Street Jackals have their hands out to fund the “drunken raccoon that somehow got hold of the Hope diamond.”

What happens (hopefully) to small prospectors who find gold and their shareholders is a large mining company buys them out. Such a wealthy suitor comes along offering to make Wells and Acosta rich, approaching a naked Wells outside a steaming hot tub. Unable to untangle himself from his hubris, Kenny declines the offer and suddenly the riches turn to FBI interviews with friends and neighbors wanting to know where their money went.

Critics are not wild for this movie and neither are audiences. Rotten Tomatoes scores the film 38% with an audience score of 50%.  However, few critics are entrepreneurs or have been millionaires one day and have it vanish the next. The film is especially poignant to those with this kind of experience.

The real Michael Acosta was (or is) Michael de Guzman. He was a geologist with four wives and nine children scattered across southeast Asia. He’d have had a fifth if a certain stripper in Toronto had said yes. Ironically, de Guzman did a rendition of Paul Anka’s “My Way” at a karaoke bar the night before climbing aboard a helicopter to fly to the Busang site to explain to representatives of joint venture partner Freeport McMoran why there was no gold in their drill bits.  Before he got there, he lept (or was pushed) into the jungle below. His body wasn’t located for days and when found was decomposed beyond recognition.

Michael de Guzman hasn’t been seen since. But a few people believe he is alive and living off the proceeds of Bre-X shares he sold. “I don’t think there is anyone in this town who believes he’s dead,” says John McBeth, a reporter in Jakarta.

It’s quite possible that the truth is stranger than the fiction.

In the end, it is as Mises described in Human Action,  “In order to succeed in business a man does not need a degree from a school of business administration. These schools train the subalterns for routine jobs. They certainly do not train entrepreneurs. An entrepreneur cannot be trained. A man becomes an entrepreneur by seizing an opportunity and filling the gap. No special education is required for such a display of keen judgment, foresight, and energy.”

Accepting an award for prospecting, at the time, a high-flying Kenny Wells, said, with a faraway look in his eye, a prospector is someone who holds “the belief it’s out there.” Most days it’s not, he says.  But they never give up trying. Thankfully, prospectors and entrepreneurs never do.

Why Hillary Lost and Trump Won The Left Is Self-Destructing