The Lost Hegemon: Whom the Gods Would Destroy

F. William Engdahl, who is well known for books and articles in geopolitics, has recently published a book entitled The Lost Hegemon: Whom the Gods Would Destroy. The subtitle refers to a dictum by Euripides, “Those whom the Gods wish to destroy they first make mad.”

This book describes how the U.S. has been going mad since the fall of the Soviet Union, thereby destroying itself. The madness involves the method through which the United States tried to prevent the loss of its global hegemony. Engdahl writes that the method was based on a scheme devised by Zbigniew Brzezinski, while he was serving as President Jimmy Carter’s national security advisor.

The scheme was to destroy the Soviet Union’s economy by luring it into an unwinnable war in Afghanistan. The method for doing this was for Osama bin Laden, working for the CIA, to invite fundamentalist Muslims in Saudi Arabia and other countries to Afghanistan, where the U.S. military would arm and train them (Operation Cyclone). Engdahl believes that the weakening of its economy led to the dissolution of the Soviet Union. The Cold War was over. How would the United States respond?

Its policy said Engdahl, “might have encouraged real, peaceful development of nations in a climate of peace and cooperation. . . . That cooperation could have included China and Russia instead of encirclement, confrontation, chaos, and war.” However, the U.S. chose to use its position as the sole remaining superpower to try to become the first global empire in history.

Seeing that Operation Cyclone had worked so well, Washington decided to redeploy the CIA’s Arab Afghans, or Mujahideen, “to further destabilize Russian influence over the post-Soviet European space.” The first major battles were in Chechnya, where they were to sabotage Russian oil pipeline routes, and Yugoslavia, where they were used to start the Bosnian war in order to break up the country.  The central focus was on Russia, because U.S. strategists, obsessed with maintaining “American primacy,” saw Russia as the country most likely to be able to challenge that primacy – as argued in Brzezinski’s The Grand Chessboard. 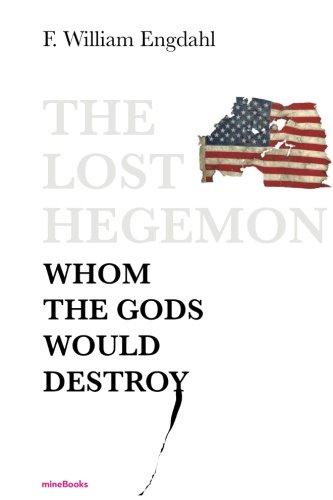 In any case, thanks to the success of its terrorist projects, leaders in Washington became “convinced that they had discovered the ideal instrument for making terror anywhere in the world to advance their agenda of global hegemony.”

The next major chapter in this story was 9/11. Engdahl does not accept any of the major theories: the official account, which “became less and less credible the more that serious people investigate; the view that Cheney and his neocon war hawks masterminded the event to create a “new Pearl Harbor”; and the idea that 9/11 was orchestrated by Israel. But Engdahl does not suggest an alternative hypothesis. He does hold, however, that the U.S., Israeli, and Saudi governments were “clearly prepared to use the deed to advance [their] own ends.”

Engdahl is also clear that 9/11 has been immensely important, for at least two reasons. First, by virtue of blaming 9/11 on bin Laden and his al-Qaeda network, America had a “new ‘enemy image’ to replace the old Soviet communism.” Second, the announced “War on Terror” was really, as General Wesley Clark said, “a War on Islam.”

That this was the nature of the War on Terror from the start is supported by something else Clark said – that a memo from Secretary of Defense Rumsfeld indicated that the Pentagon was planning to “destroy the governments in seven [Muslim] countries in five years,” starting with Iraq. Obviously, the timeline did not work out. But the U.S. government did not reject the list. Indeed, under the Obama administration, it targeted two other countries on the list, Libya, and Syria – with neocons fervently trying to find an excuse to attack a third, Iran. 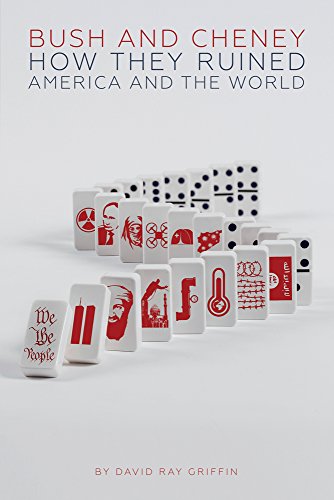 Engdahl’s book discusses an enormous number of facts and ideas that I have not treated. Rather than trying, I will instead summarize some of his main conclusions:  “The Washington tactic of using political fundamentalist Islam to secure a revitalized American global hegemony,” said Engdahl, “was failing everywhere.”

The reason for the failures, he said, was the lack of intelligent leaders in Washington. Real intelligence in politics is the ability to see connections that are not necessarily obvious, such as the ability to see “the interconnectedness of all life, all peoples, and all wars.” It is the recognition that “when you unleash a destructive force in one place, it affects all mankind destructively, including those who unleash it.”

The CIA and the military industrial and political complex falsely “believed they could weaponize violent Jihadist Islam . . . as their killing machine without any unintended consequence.”

Because of the repeated failures of this approach, American Oligarchs “were becoming desperate. In their growing desperation, they threatened a new world war” in the thermo-nuclear era. Literally, as Euripides said, “Those whom the gods wish to destroy they first make mad.”

David Ray Griffin is professor emeritus, Claremont Graduate University. His forthcoming book is Bush and Cheney: How They Ruined America and the World.

The CIA Runs the MSMHealth Insurance for All?