The CIA Has Always Been Incompetent

One of the nicer side effects of the 2016 election has been the trashing of the reputations of US intelligence agencies, specifically the FBI and the CIA. During the election, of course, it became apparent that there was some sort of tug-of-war within the FBI which led James Comey to first declare that no “reasonable” prosecutor would ever go after Hillary Clinton. Then, as election day approached, Comey came back and, contrary to the usual protocol, waged a PR war against Clinton, implying that this time, new evidence suggests she is, in fact, a crook. Naturally, the Democratic party has declared the FBI to be corrupt and has even accused FBI direct James Comey of covering up Russian crimes.

In the wake of the election, the CIA has now decided that the Russians were influencing the election and an attempt to cast doubt on the validity of the election itself. In response, Donald Trump simply dismissed the CIA as incompetent, declaring “These are the same people that said Saddam Hussein had weapons of mass destruction.” It is entirely possible that the Russians attempt to influence American elections. Unfortunately, the CIA is not exactly a reliable source from which to draw any conclusions.

Today, the FBI and the CIA remain at war, with the FBI slamming the CIA’s “fuzzy” and “ambiguous” remarks about the elections.

Indeed, the whole CIA story remains primarily based on nameless sources and leaked comments, with no evidence provided. Even the Washington Post admits the CIA functions on a model of “drawing inferences” and isn’t overly concerned with presenting actual facts.

The lesson to be learned from all of this is that the CIA and the FBI are nothing more than typical government agencies that spend much of their time fighting little battles on Capitol Hill and are motivated primarily by protecting their own agendas, their own budgets, and their own empire-building. As with the FBI, the CIA behaves exactly as Public Choice theory tells us a self-interested collection of government bureaucrats would behave. 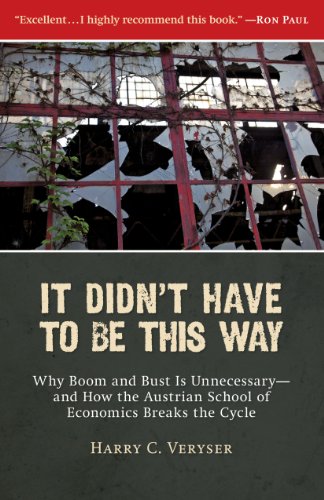 For far too long has the intelligence community received a free pass from astoundingly naive advocates for “free markets” who claim for be for the limited government one minute, and then sit back and blithely defend everything the CIA does the next minute because “they keep us safe.”

While obviously motivated by his own self-interest, Donald Trump has nevertheless been right to not regard the CIA as a sacred cow, especially since his attacks on the CIA’s questionable record are based in reality.

Iraq and the Bay of Pigs

Trump’s mockery of the CIA for its position on Iraqi weapons is at least partially true. In the lead-up to the Iraq war, the CIA did indeed emphasize Iraqi capability for non-nuclear weapons of mass destruction. In careful CYA language, the CIA did refrain from concluding that the Iraqi state had nuclear capability. That claim was a complete fabrication by the Bush administration. Nevertheless, the CIA invented many fictions of its own, including the much-touted “mobile biological labs” in which Saddam Hussein was busy cooking up bio-weapons.

What the report perhaps told us more than anything was how useless the CIA is in a time of urgently needed intelligence. A Rand report on the CIA intelligence at the time concluded that “Human intelligence was scarce and unreliable.”

In the big scheme of glaring CIA failures, the WMD report isn’t even the worst on the list, although it is arguably worse than the CIA’s planned Bay of Pigs Invasion in which the CIA decided that a small force of Cuban exiles would invade Cuba and lead an uprising of locals. It was the 1960s version of “we’ll be greeted as liberators.”

The CIA’s Failure to Understand the Soviet Union

The worst CIA failure would have to be the CIA’s utter inability to comprehend the internal economic situation in the Soviet Union as the Soviet economy went into steep decline.

Right until the very end, the CIA insisted that the Soviet Union was an economic powerhouse that was poised to overpower the United States.1

Even by the 1980s, it was clear that the CIA was too incompetent to provide respectable analysis on the situation inside the Soviet Union. Among the Agency’s harshest critics was New York Senator Daniel Patrick Moynihan. In a lengthy analysis, Marc Trachtenberg writes:

Indeed, Moynihan felt, the CIA had done such a poor job in this area that he thought the Agency should be abolished. The CIA, in his view, had utterly failed to see how serious the USSR’s economic problems were, and he made that point over and over again. “For 40 years,” he wrote in 1990, “we have hugely overestimated both the size of the Soviet economy and its rate of growth.  This in turn has persistently distorted our estimates of the Soviet threat—notably, in the 1980s when we turned ourselves into a debtor nation to pay for the arms to counter the threat of a nation whose home front, unbeknownst to us, was collapsing.” Moynihan boasted later that year that he had been able to see as early as 1979 that “Soviet economic growth was coming to a halt,” and that “the society as well as the economy was sick.” “But our intelligence community,” he said, “just couldn’t believe this. They kept reporting that the economy was soaring!”

In the public discussion, and to a certain extent even in the scholarly literature, such claims were treated as established fact. “As the Bay of Pigs was to intelligence operations,” the columnist William Safire wrote in the New York Times in 1990, “the extended misreading of the Soviet economic debacle is to intelligence evaluation.” According to a 1992 article in the Wall Street Journal, the CIA’s track record “on the really big developments” was “hit-or-miss at best,” with “the downward spiral of the Soviet economy” counting as one of the “more spectacular misses.”

In 1994 a Newsweek columnist noted in passing that the CIA story was “one of repeated intelligence failures,” culminating in the “monumental miscalculation of the size of the Soviet economy, which the CIA judged to be three times as big as it really was.” And in 1995 the Washington Post columnist Mary McGrory asked rhetorically whether any government department had “goofed up more than the Central Intelligence Agency?” “Their most egregious and expensive blunder about the Soviet economy we are still paying for.”

The importance of this failure for the CIA cannot be overstated. After all, during the Cold War, the primary purpose for the CIA’s existence was to collect intelligence on the Soviet Union and analyze the situation in that country. Thus, the agency’s abject failure in its primary mission was indeed a good reason for Moynihan to call for the Agency’s abolition.

Later, the CIA’s defenders attempted to make excuses for the agency by claiming that no Western economists had figured out that the Soviet economy was slowing down. In other words, they claimed, the CIA was just like everyone else.

In fact, numerous economists — not counting the pro-Soviet Keynesian Paul Samuelson — had observed the Soviet decline:

Was it true, as many observers have claimed, that the academic economists had failed to see what was going on with the Soviet economy, that the CIA analysts had presented much too rosy a picture, and that the Soviet leadership itself did not really understand what was going on? If true, that conclusion would have a major bearing on how we should interpret the period. But is it in fact correct?

In a word the answer is no. There is, for example, no basis for the claim that western economists had failed to “‘diagnose observable tendencies,’ such as the continued decline of economic growth rates.” Experts in this area had little trouble recognizing that the Soviet growth rate was falling. It was widely understood by the mid-1960s that the Soviet economy was growing less rapidly than in the past. As the CIA’s leading expert on the Soviet economy, Rush Greenslade, pointed out in 1966, “the slowdown of economic growth in the U.S.S.R. is now a well-known story,” and Abram Bergson, Professor of Economics at Harvard and the most prominent scholar working in this area, referred to it in a 1966 roundtable as a “very familiar fact.” That general point, moreover, was commonly noted in the press at the time. Even a casual reader of the New York Times, for example—someone who merely glanced at the headlines—could scarcely fail to note that the Soviet growth rate had declined. Subsequent calculations simply underscored the basic point here.

In other words, a casual reader of American newspapers probably had a better sense of the Soviet economy than the CIA.

But, then as now, the CIA lived in its own little elite bubble where it credulously imbibed foreign propaganda and repeated it as fact. In other cases, as in the case of both Iraq and the Bay of Pigs, the CIA credulously accepted the testimony of Iraqi and Cuban exiles and repeated that as fact.

As Trachtenberg recognizes, the debate over just how wrong the CIA was continues to be debated among academics today. There is no denying however, that at the core of the CIA’s assumptions were the fact that the CIA, just like the Ivy League elite from which CIA agents are drawn, believed that Soviet-style socialism was probably working pretty well, and it was perfectly plausible to believe that the Soviet Economy could indeed overtake that of the US.

Put another way, the CIA is infected by all the same political and ideological biases and errors harbored by the political elites in general. This should shock no one who takes a realistic view of Washington politics, although it will no doubt continue to surprise  — and by denied by —those who fancy themselves as the “adults in the room” who advocate endlessly for ever more spending for military and intelligence agencies.

After all, the CIA’s enormous failure on the Soviet Union did not come without serious effects. As Moynihan pointed out, the US “turned [itself] into a debtor nation” to fight an allegedly implacable foe that was actually collapsing.

How nice for the CIA, though, that it’s fifth-rate intelligence made it easier for the CIA to claim that more funding was needed for the CIA’s budgets.

Nowadays, the Russians are yet again the CIA’s looming threat. But does the Agency have any actual evidence to present? “Just trust us” seems to be all the CIA can muster.

Are You Living In a Death Spiral? Eurozone Showdown Coming