On December 19 the Townhall website posted a commentary by Republican activist Arthur Shaper entitled “The California Democratic Party and the Ghost of the Confederate Past.” Shaper’s piece makes a feeble effort at an historical argument but then retreats into name-calling, by comparing those in California’s Democratic Party who want independence for their state to slaveholding secessionists in the American South: “Even though California’s Democrats recently banned displays of the Confederate flag on state property, the spirit of modern slavery, aka, socialism, is strong with them.” Shaper also asserts that like their Confederate predecessors, California secessionists are ready to use dishonest electoral means to achieve their ends. But he doesn’t elaborate on what those dishonest means were that Southern secessionist embraced or what dishonest means the California independence group are resorting to. It suffices for Sharper that he’s tarred an unwelcome independence movement with a racist, Southern brush.

This guilt by association has become a tactic for some Republican activists going after their opponents by identifying them with bigotry and reaction. In Liberal Fascism Jonah Goldberg identifies the affirmative action programs pushed by Democrats with Hitler’s exclusion of non-Aryans from government and professional posts in Germany after 1934.  Although my book Fascism: Career of a Concept deals at length with other dubious comparisons in Goldberg’s bestseller, the attempted linkage between affirmative action programs (which by the way both of our national parties have backed) and Nazi discrimination is the most ludicrous.  It may not be irrelevant to note that the Nazis eventually expelled or murdered those groups whom they excluded from employment.

White male victims of racial and gender quotas, by contrast, have themselves to blame for not making their political and social weight felt in a more decisive way. Tens of millions of these American citizens voted (and in many cases still vote) for parties and politicians that reduce their rights and status. Yet, needless to say, victims of quotas and affirmative action programs are not being dragged away to concentration camps. Almost equally silly is the 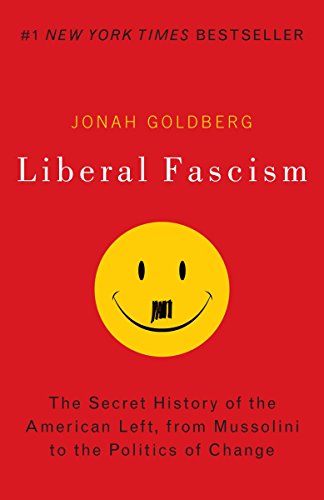 way that critics of the civil rights establishment (with whom I invariably agree in principle) compare the degree of government dependence among underclass blacks and even of many middle-class blacks with how black slaves fared on plantations. As far as I know, blacks didn’t vote to be part of the slave economy; but they overwhelmingly vote for politicians who promise to perpetuate and expand social programs and black “recruitment” plans. Why can’t one simply point out that these programs have had a deleterious effect on a disintegrating black society, without devising far-fetched historical parallels?

As an historian, I recoil when I hear inappropriate historical comparisons being made. Even more unsettling for me is the manner in which self-described conservatives try to prove that they’re really progressive by flailing away at Confederate generals, eugenicists in the Democratic Party who lived one hundred years ago and the antebellum plantation economy.  What, for example, do California multiculturalists and open borders advocates have in common with the Southern planter class that voted to leave the American Union in 1861? The latter were a mid-nineteenth century landed class, reacting against the rise of bourgeois capitalism and a centralized modern state. The Southern secessionists were members of a class that was losing influence and power to more economically advanced groups, which favored a stronger central government, larger tariffs and free labor. In sharp and obvious contrast, the would-be California secessionists have issued from the multicultural left. They wish to secede from the American Republic because it is too conservative, which is certainly not the reason that South Carolina left the Union in April 1861.

There are of course serious parallels between past and present that historians are fully justified in investigating. Examples are legion and include the impact of inflation on various societies, the effects of the acquisition of political 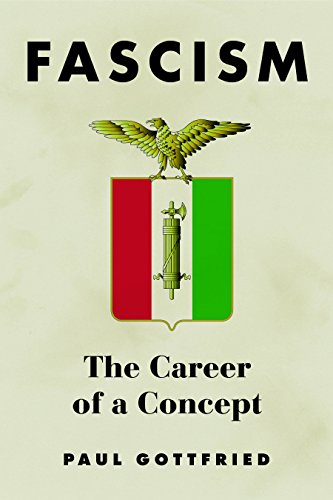 and social power by women in the ancient and modern worlds, and religious revivals in different times and places. These and other topics lend themselves to comparative study, and serious historians have engaged in this practice for centuries. But such investigations should be pursued while being mindful of the limits of historical comparisons and historical parallels.  Such models should never be constructed in order to denigrate something in the present by comparing it to something in the past that is currently in bad odor.

Needless to say, this is not how our party activists, who are playing a “gotcha” game with the other side, conduct their comparisons. Like Robert Reich and Michael Kinsley, they tell us that Trump is taking us back to the “fascist” 1930s or, like Shaper, that California Democrats are imitating Southern white supremacists or Confederate secessionists. Because we are dealing with a leftist Zeitgeist, moreover, the bad things in the past to which present political enemies are likened, usually belong (broadly understood) to the Right. They are rarely associated with villains of the Left, like violent Marxists or the French revolutionaries who committed mass murder in the French Vendée in 1793 and 1794. While this name-calling may not be useful for understanding the past, it reveals a great deal about the poverty of today’s political rhetoric.

Reprinted from American Thinker with the author’s permission.

The End of Empire The Problem With Equality