NOT A LOT OF PEOPLE remember that Donald Trump once owned an airline.

Say what you want of the man — there’s plenty to say — but the Trump Shuttle, which flew hourly between Boston, New York-LaGuardia, and Washington-National, from 1989 until 1992, was a dependable product that I, for one, have fond memories of.

Trump had purchased the operation from the dying (or sabotaged; see Lorenzo, below) Eastern Air Lines, which had been running its own Shuttle on the busy BOS-LGA-DCA routes for nearly thirty years. Trump used Boeing 727s — a mix of -100 and -200 variants. The interiors were done up in his signature style, with lots of faux-wood veneer, gold fixtures, leather and chrome. His Vegas-Arabia aesthetic presaged the cabins used by Emirates many years later.

I flew the Trump Shuttle between Boston and LaGuardia approximately one zillion times between 1990 and 1992. Those garish interiors weren’t to my taste, but the planes were comfortable and on-time. The staff, including the flight crews, were always friendly.

My first-ever ride in a jetliner cockpit, on the morning of February 2, 1991 — an unseasonably warm Saturday, I remember — was on the flight deck jumpseat of a Trump 727. The airplane carried the registration N918TS, and you can see it in the photo below. The jet was originally built for Eastern in 1970. It was scrapped in 1997. It was comfortable and reliable, but the Trump Shuttle never made a profit — something many blame on mismanagement and poor decision-making on the part of the owner, but let’s not go there right now. If he’d had some success, and a bit of a longer run, the Donald might be up there with some of the better-known, flamboyantly outsize airline execs: Freddie Laker, Richard Branson, et al.

As it was, his foray into the aviation business was brief and fruitless. The Trump Shuttle was sold to USAir — later named US Airways — in the spring of 1992. US Airways eventually merged with American, and today it’s known as the American Airlines Shuttle. Here’s that same plane on which I’d made my inaugural jumpseat voyage, a few years afterward…

The Pan Am Shuttle, which competed in the same BOS-LGA-DCA markets, was sold to Delta in 1991, and continues today as the Delta Shuttle. Pan Am had bought the operation from the infamous Frank Lorenzo, whose controversial New York Air flew the routes (plus others), for about six years.

We capitalize “Shuttle.” In the old days these were nearly separate entities, like an airline-within-an-airline, with dedicated fleets outfitted differently from the rest of the carriers’ planes. Flights rarely canceled and seats were guaranteed. Standby aircraft were on hand in case of mechanical issues or overbooking. 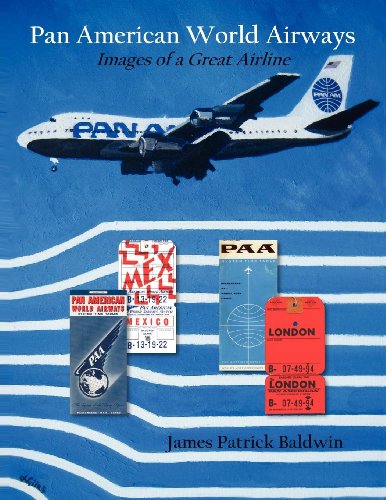 I flew all of the different Shuttles at one point or another. On the Eastern Shuttle, you could show up without a ticket and pay on the plane. One weekend in the spring of 1979, when I was in seventh grade, my friend Patrick Graham and I traveled from Boston to LaGuardia on the Eastern Shuttle. Our parents had no idea. (From LGA we would take the Carey bus over to Kennedy, and spend a day planespotting atop the roof-deck parking lot of the old Pan Am Worldport.) It was a 727 both ways, I remember, and we paid on board. I remember a flight attendant coming down the aisle with a sort of cash register on wheels.

For a while, a bit later on, Eastern used widebody Airbus A300s on select BOS-LGA flights. Eastern was the first American carrier to fly an Airbus, and it dedicated two A300s to the Shuttle, with all-economy cabins outfitted with 265 seats!

New York Air, I remember, gave out brown-bagged snacks dubbed “The Flying Nosh,” with cream cheese, a bagel, and, yeah, an apple.

Nowadays it’s a “shuttle” mostly in name only. There are still hourly flights, but not as many, especially on weekends. You get a few frills, like newspapers and free drinks, but the planes are smaller — in some cases operated by second-party regional jets — with cabins and ticketing protocols more or less identical to those on mainline routes. Delays and cancellations are more common. At Eastern and Pan Am, 727s became the workhorses of the Shuttle fleet. Souvenir wet-nap, from the author’s collection of airline crap.