Do You Have Savoir-Faire, Guys?

In the film versions of Ian Fleming’s original James Bond novels, 007 often wins the day through the use of special high-tech gadgets furnished by the Q Division.

But in the books that birthed the character, Bond very rarely relies on wiz-bang gizmos, or really, very many tools at all, to defeat the world’s super villains.

The literary Bond certainly knows how to wield a gun and drive a car like his cinematic counterpart, but his equipment is comparatively minimal. The secret to his success instead rests more primarily on his possession of a singular quality:

It’s a wonderful French phrase that roughly means: knowing what to do in any situation.

A man with savoir-faire is adaptable and adroit and has the knowledge and ability – the capacity for action – that enables him to respond appropriately in a wide variety of circumstances. It especially refers, Merriam-Webster tells us, to demonstrating “a polished sureness in social behavior,” but it broadly applies to having the confidence to deftly handle every conceivable scenario.

In other words, James Bond to a T. 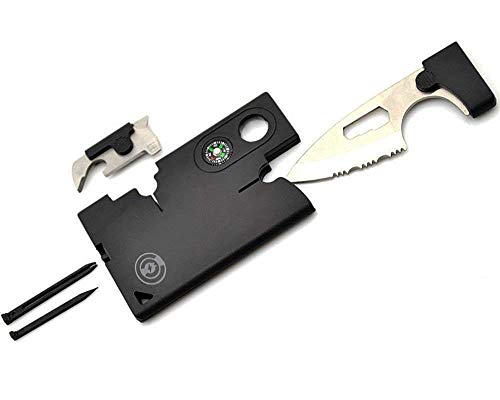 Bond is able to adapt to and navigate any environment, whether rural or urban. No matter whether he finds himself in a high-stakes casino in France, a posh ski lodge in the Swiss Alps, or a poor fishing village in Japan, Bond knows what to do. Whether he’s trying to seduce a beautiful woman, confidently converse with a megalomaniac, or discern whether someone is friend or foe, he knows how to respond. Polished sureness in social behavior? Bond’s got it in spades. And he also knows how to make invisible ink with his urine, dive from great heights, and kill a man with a single stab.

Not only that, 007 does it all with seeming ease and smoothness. He’s debonair. He’s suave. Indeed, that which Mr. Big, Bond’s nemesis in Live and Let Die, says about his own approach to life, could also be said of Bond’s:

“I take pleasure…in the polish and finesse which I can bring to my operations…to impart an absolute rightness, a high elegance, to the exaction of my affairs. Each day…I try to set myself still higher standards of subtlety and technical polish so that each of my proceedings may be a work of art, bearing my signature.”

If you’ve ever wanted to develop James Bond-like savoir-faire, you’re in luck. Below we offer all the secrets of 007’s playbook.

Note: All quotes come from original Bond novels written by Ian Fleming. A list of the books used is found at the bottom of the article.

How to Develop the Savoir-Faire of James Bond

The paradox of any performance that seems effortless, is that tons of effort invariably went into producing that effect. When a master pianist plays a sweeping, flawless concerto, all the audience sees is the beautiful finished product, while missing the thousands upon thousands of hours in practice it took to achieve the seamless result.

So it is with the attainment of savoir-faire. Knowing how to act in any situation, and do so smoothly, requires extensive training, preparation, and practice. To look like you’re not trying hard, you have to try very hard when no one’s looking.

This training involves the development both of one’s skillset and one’s mindset. We’ll thoroughly cover each.

“As a gambler [Bond] knew it was a mistake to rely on too small a capital.” –Casino Royale

Fleming was referring to monetary capital, but the same principle applies to all of our everyday “operations.” There are many kinds of capital, from social alliances to brain knowledge, and amassing these resources is something you should do before you set out in an endeavor.

Indeed, rigorous, thorough preparation was arguably the central key in Bond’s ability to pull off a mission. As noted in Moonraker, he was a follower of war strategist Carl von Clausewitz’s principle of first making your base secure and then proceeding to action.

Here are the various strategies Bond employed to secure his base:

The Foundation of Savoir-Faire: Competence in a Wide Variety of Skills

If you wish to know what to do in any situation, you quite obviously need to have a diverse set of skills in your back pocket. You never know what kind of environment you’ll end up in and what circumstances you’ll find yourself facing.

Bond’s missions took him all around the world and dropped him into all kinds of settings; success thus required that he develop a diverse skillset that encompassed a wide variety of areas, from the hard to the soft.

Tactical Skills. As a secret agent, being proficient in the primary tricks of his trade was a matter of life and death. He was, therefore, adept with combatives, weaponry, and other miscellaneous tactical skills, including:

Physical Skills. The Russians’ dossier on Bond described him as an “all-around athlete” and he did indeed strive to keep himself fit and ready for the physical demands of his job. Fitness isn’t often thought of as a skill, but it should be; the ability to effectively move objects and one’s body in space requires training and practice. In addition to Bond’s competency with fighting mentioned above, he was also a strong swimmer, and a good skier.

Before certain missions, he’d begin a training routine to strengthen himself in the specific skills that would be needed in the operation, but he also did a regular workout of bodyweight exercises to keep himself in decent shape between assignments:

“Bond went down on his hands and did twenty slow press-ups, lingering over each one so that his muscles had no rest. When his arms could stand the pain no longer, he rolled over on his back and, with his hands at his sides, did the straight leg-lift until his stomach muscles screamed. He got to his feet and, after touching his toes twenty times, went over to arm and chest exercises combined with deep breathing until he was dizzy. Panting with the exertion, he went into the big white-tiled bathroom and stood in the glass shower cabinet under very hot and then cold hissing water for five minutes.”

Bond also possessed a remarkably high tolerance for pain, a quality likely strengthened by all the cold showers and baths he took.

Diplomatic Skills. Even though Bond’s missions invariably ended up with a violent confrontation with the villain and his henchman, the majority of his operations typically consisted of a lot of social tangoing – conversations with allies, the feeling out of potential moles, and of course, the wooing of beautiful women who were always thrown in the mix.

Bond excelled on all counts.

Improvisation. Bond’s grasp of such a wide variety of abilities granted him access to another kind of skill: improvisation. When you’re familiar with a lot of different domains, you gain the ability to mix and manipulate them together, and a mind that can brainstorm back-up solutions when your typical tools fail.

Bond’s familiarity with lock picks helped him identify when a strip of plastic for ski bindings could be turned into one. His knowledge of weaponry helped him recognize when the grill of an air vent could be transformed into a spear, and that placing the top of a bladeless safety razor between his fingers, or his heavy Rolex Oyster Perpetual watch across them, could create two effective knucklebusters. Indeed, whenever Bond found himself in a situation where he’d been stripped of his knife and gun, he’d immediately scan the environment for anything that might work as an improvised weapon – scissors, a lighter, whatever he could find. If he didn’t have the tool he needed, he made one with what he had.

Having a broad range of skills under your belt is useful for tackling whatever situation comes your way. But sometimes you know a specific scenario is imminent, and it’s wise to particularly bone up in that area.

For example, when Bond is called upon to pretend to be an ancestry researcher in On Her Majesty’s Secret Service, he throws himself into studying the field until he can talk about family pedigrees and crests with the semblance of a real expert.

In Live and Let Die, when Bond prepares to swim out to an island under the darkness of night and through shark- and barracuda-infested waters, he asks his local guide to teach him everything he needs to know about the carnivorous fish and other creatures he may encounter on the way.

He also adopts specific physical training plans to get ready for specific missions. For example, in his work as a “genealogical researcher,” Bond ends up at a ski resort high in the Swiss Alps. He quickly realizes he’ll likely need to eventually make an escape down the slopes, and decides “he must keep fit…that, despite all the mystery and its demand for solution, there would come a moment when he would need all his muscle. Reluctantly he proceeded to a quarter of an hour of knee-bends and press-ups and deep-breathing chest-expansions – exercises of the skiing muscles.”

Similarly, to prepare for the aforementioned operation in Live and Let Die: 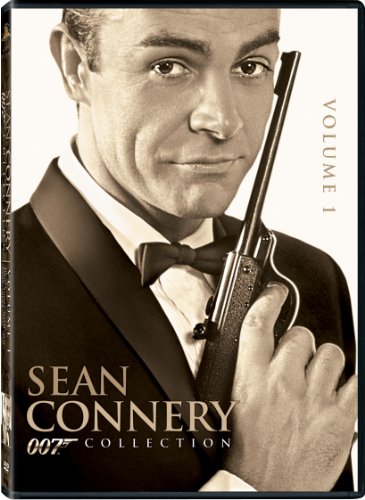 “Every morning he swam a mile up the beach before breakfast and then ran back along the firm sand to the bungalow,” so that “By the end of the week, Bond was sunburned and hard. He had cut his cigarettes down to ten a day and had not had a single drink. He could swim two miles without tiring.”

Bond never left home without the tools of his trade – a gun, and sometimes a knife as well. He also always carried his black gunmetal cigarette-box and his black-oxidized Ronson lighter, which came in handy for more than smoking; for example, in From Russia With Love, the cigarette case ends up functioning as a shield that protects Bond’s heart from a bullet. Ever strapped to his wrist (or around his knuckles!) was a Rolex watch, which sported luminous numerals essential for readings in the dark.

This basic EDC varied according to the mission. Sometimes Bond took a flashlight, extra ammo, or handkerchiefs, which came in handy in the card sharping trick he performed in Moonraker.

Previous article by Brett and Kate McKay: Where Do You Come From?

The WiFi Brain Implant Do You Get Brain Fog?