Memory is Moral: Why Every Man Should Do His Genealogy

Up until the 20th century, a man’s roots — his ancestry — formed an important part of his identity. Noble families in ancient Rome displayed wax masks of their ancestors in their homes as reminders of their legacy. In ancient Japan, ancestor worship was common, and families fiercely guarded the scrolls that contained their genealogy. The goal in life was to live in a way that would bring honor to the family.

In the 19th century, it was typical for homes in Europe and the U.S. to prominently display a family Bible that had been passed down through the generations with the birth and/or death dates of ancestors inscribed in the front. Parents and grandparents told children and grandchildren stories about the brave deeds done by their forebearers and the dignified lives previous generations had lived, admonishing them never to act in a way that would sully their lineage.

In the hyper-individualistic and present-focused culture of the 21st century, interest in one’s heritage and family ties has waned — to our ultimate detriment. 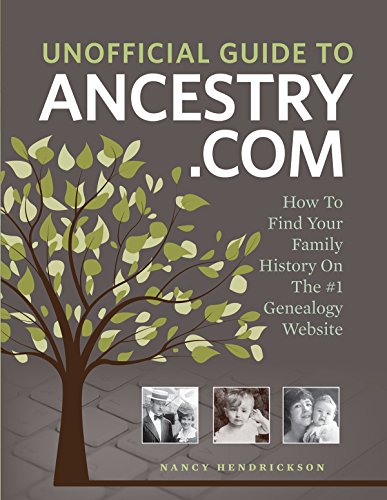 I know that I always thought of genealogy as a fairly dull, and rather intimidating subject. So many names and dates and records.

But recently, I decided to start researching my family history and have discovered that genealogy is far more fascinating than I thought. In fact, it’s downright addicting. You end up just wanting to keep searching for and filling in more and more details about your family tree. Genealogical dead ends turn into white whale obsessions you feel driven to conquer. And all along, the bits of history you gather feel nourishing to the soul.

If you’ve never thought about tracing your roots, today I’ll talk about why you should consider beginning the journey of learning more about the blood that runs through your veins and has helped make you the man you are today.

Then, next week, I’ll also offer a comprehensive guide to the basics of getting started with doing your genealogy.

Memory Is Moral: Why Every Man Should Do His Genealogy

You might consider getting started with doing your genealogy for the same simple reason you’d research any historical topic: it’s just plain intrinsically interesting to learn about the past.

Yet to me the most compelling reason to do your genealogy is something very different: the fulfillment of an ethical obligation to your ancestors.

You may never have thought about it that way, but memory is moral.

Gratitude Has No Expiration Date

If someone sent you a gift, and it took a couple days to reach you, would you thank them for it? You’d probably say, “Of course.” What if it took a week? A month? What if something went terribly wrong with the shipping service and the gift didn’t arrive for a year? Would you still express your appreciation to the sender? Even in these cases, your answer is still likely an unequivocal “Yes.”

Let’s expand the timetable out further. What if something went really, really wrong with the delivery of the gift and it took a decade. Maybe even half a century. Even if the sender was dead and gone, you’d probably still feel gratitude for the package that had taken a circuitous journey to arrive at your doorstep. 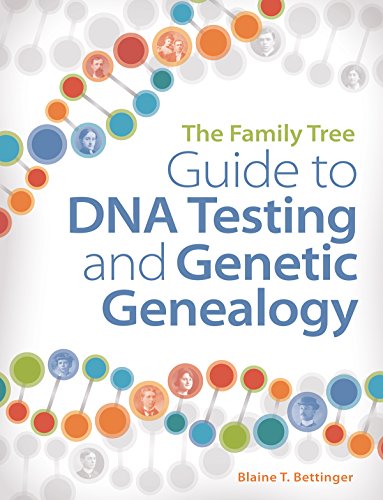 Gratitude doesn’t come with an expiration date. A gift remains meaningful, regardless of when it was set in motion

Along the chain of your family line, there are folks who faced hardship, suffered, and found the strength to continue on. Even if they weren’t perfect people, they did do one thing well: they stayed alive — long enough to pass on their genes, long enough to impart the blood that now runs through your veins. They gave you the gift of life and shaped you into who you are today.

More Than a Family Tree: The Story of You

In our modern era, the idea that we’re self-created individuals pervades our culture.

However, this atomized conception of identity couldn’t be further from the truth.

A large part of who you are today comes directly from your line of ancestors.

For starters, much of both your looks and your temperament were bequeathed to you by virtue of genetic inheritance. That cleft in your chin, and your penchant for melancholy have been passed down from generation to generation.

But besides genetics, you’ve also inherited the choices your forebearers made. Once you start doing your genealogy, you quickly see how if one ancestor hadn’t decided to marry a particular person or move to a certain place, you wouldn’t exist. If it weren’t for my great-grandfather thinking he could fare better as a miner in the American Southwest than in Nova Scotia, my grandfather wouldn’t have grown up in New Mexico. Consequently, he would never have met my grandma there, a woman whose family had been in the state since the Spanish conquests. As a result, my dad never would have been born, and I wouldn’t have either. Plus, had my Nova Scotian grandfather never married that feisty descendant of Spanish explorers and indigenous Americans, I would never have gotten my lush, Pancho Villa-esque mustache. And where would the Art of Manliness be without it?

Understanding details like those in your family history gives you a deeper, fuller appreciation of where you came from and who you are. It makes you think more about the choices you’re making now and how they might affect your posterity.

In getting to know your genealogy, you come to see yourself as part of a much bigger story — one that didn’t start with you, and won’t end with you either. One in which you’re playing a role in shaping the future narrative. It’s not surprising then, that research suggests that when we have intimate knowledge of our family history, we feel more grounded and self-confident compared to individuals who don’t.

You simply can’t understand the visible reality right in front of you, without understanding the hidden roots that must be dug for.

A failure to acknowledge those nourishing roots — a belief that you entered the world fully formed like Athena springing from Zeus’ head — thus constitutes a form of denial and ingratitude.

How then do you avoid the immorality of forgetfulness? How do you acknowledge and thank someone for a gift when they’ve gone the way of all the earth?

You remember them. And in so doing, you prevent their second death.

Previous article by Brett and Kate McKay: The Man’s Style Staple Around the World

Vitamin B12 Deficiency Is Dangerous College Snowflakes and Their Enablers