A Man’s Guide to Wristwatches: Its History and Why to Wear One

No element of men’s style combines fashion and function quite like the wristwatch. Nor does any other male accessory inspire such devotion and interest.

Nevertheless, in recent times there have been those who believed the watch had finally met its demise in the smartphone and would fade away with other sartorial anachronisms like monocles and sock garters.

And yet the popularity of the wristwatch persists. To understand why, we need to understand the history of this timepiece, how its past continues to inform its present, and why a man might consider wearing a watch in the 21st century.

While the wristwatch has become a men’s style staple around the world, up until the late 19th century it was considered a piece of jewelry exclusively for women. Men preferred the pocket watch. This wasn’t some arbitrary fashion decision based on taste or gender; there was actually a practical reason for men’s preference for one over the other. 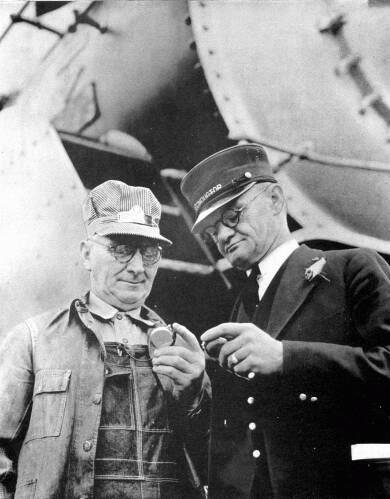 Before the 20th century, watches were extremely susceptible to the elements. Moisture, cold, heat, and dust could easily bungle the intricate gears and springs within a watch, causing it to lose its accuracy. As men were more likely to face these elements and held positions in the 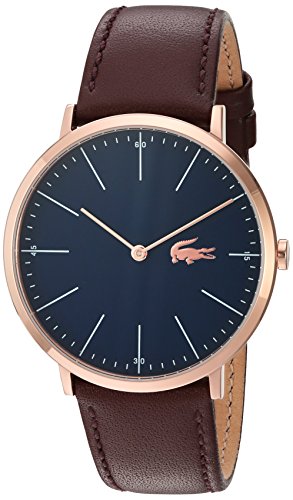 military, business, and government that made accurate timekeeping more of a paramount concern for them than for women, care had to be taken to protect their timepieces and keep themselves on schedule. Function superseded fashion, so into the pocket men’s watches went, only to be taken out when needed.

As with most things in men’s style, it would take a war for patterns to change and for the watch to leave a man’s pocket and be placed on his wrist.

Pocket watches required a free hand to use — you had to reach into your pocket and hold it while you checked the time. In the tumult of battle, a man needed all the hands he could get. So soldiers began improvising wristwatches by strapping their pocket watches on their arm with leather. 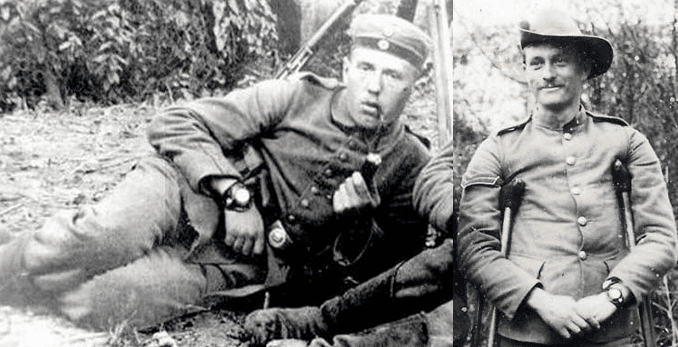 Soldiers wearing a wristlet — a pocket watch secured to a leather strap.

The first instances of the use of these improvised wristwatches are said to have occurred among British soldiers fighting in the Burma and Boer Wars in the late 19th century. Called “wristlets,” these leather straps had a cup to hold their pocket watch. By the 1890s, a few companies started manufacturing leather wristlets for soldiers and even made improvements to them, like adding a compass on the strap for navigation. They were often marketed as “Campaign” or “Service” watches.

Just as GIs returning from WWII continued to wear their government issued tees and khakis as civilians, veterans of the Burma and Boer Wars likely continued using their leather wristlets when they returned home. Male civilians, seeing these rough and tumble war vets sporting what was once considered a lady’s accouterment, began following suit. 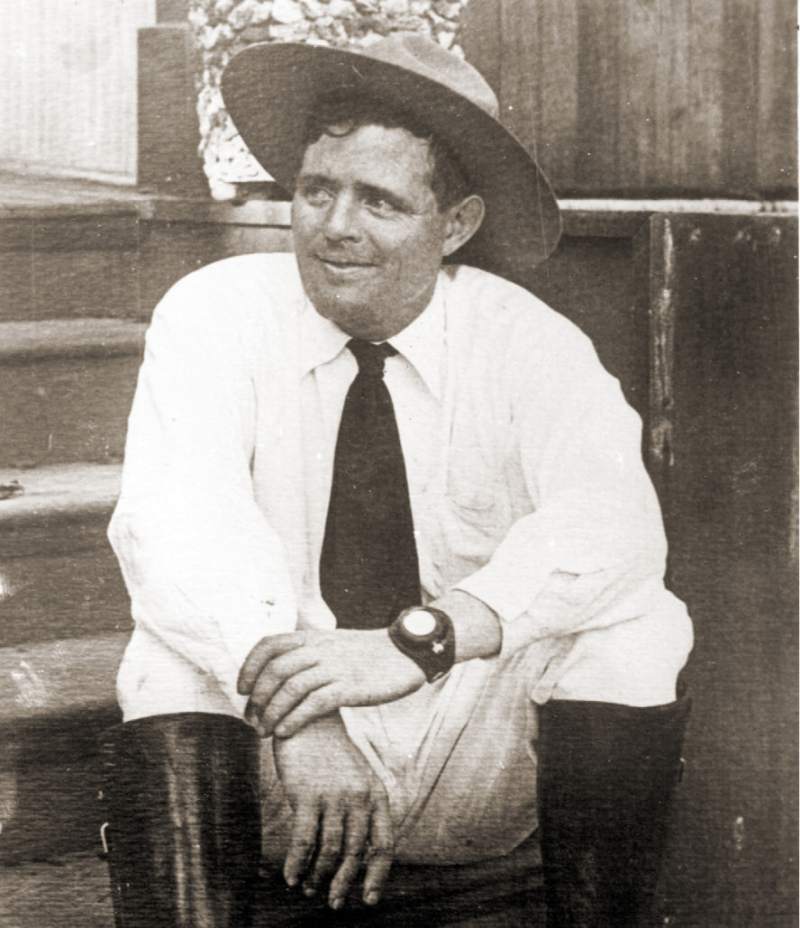 Seeing that men — particularly soldiers — were wearing their pocket watches on their wrists, several companies in the late 19th century began creating watches specifically designed for that purpose. Girard-Perregaux was the first company to mass-produce wristwatches specifically for men — particularly for sailors in the German Imperial Navy. The Waterbury Clock Company — now known as Timex — also began selling a men’s wristwatch at around the same time. In 1907, jeweler Louis Cartier designed a wristwatch for his Brazilian aviator friend, Alberto Santos-Dumont, which he called the Santos. 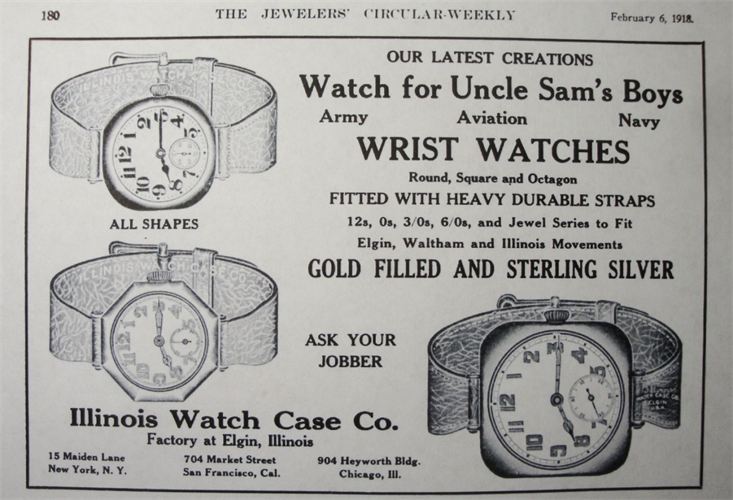 While these manufacturers were pioneering a new segment of timepieces, sales weren’t that great. The majority of men still preferred the pocket watch or the leather pocket watch wristlet.

It would take another war for the watches to find a permanent place on men’s wrists. 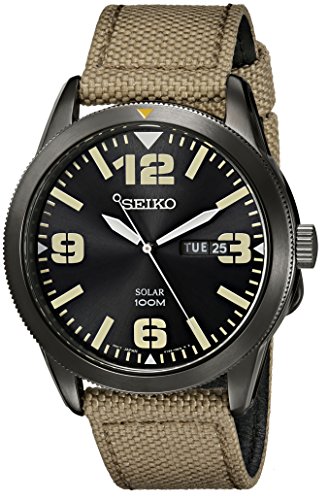 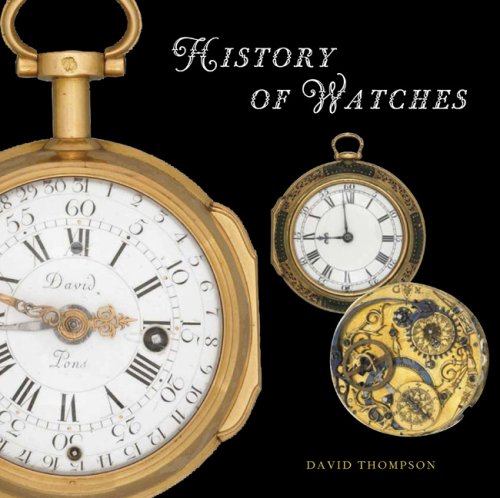 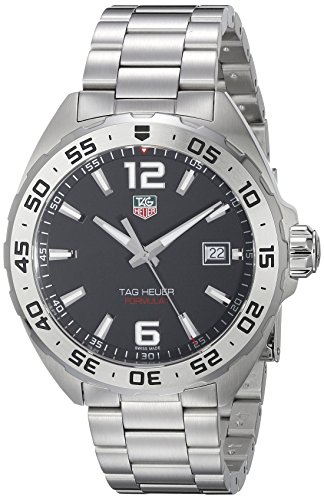