It has been said: “nothing in biology makes sense except in the light of evolution.”  [The American Biology Teacher 1973] By that statement biologists imply the theory of Darwinian evolution has gaping holes in it but it’s all we’ve got.

Darwinian biologists had their backs pressed to the wall when it was called to their attention that the fossil record does not exhibit a clearly progressive development of life forms.  There were missing transitional forms of life in the fossil record to show development into new species, the so-called “missing links.”

To explain that, biology came up with punctuated equilibrium –  – that new species appear out of nowhere due to rapid sporadic changes in DNA. [Got Questions]  Neo-Darwinism moves evolution from the slow lane to the fast lane. 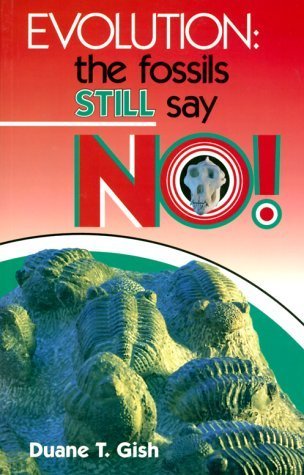 Biologists who embrace Darwinian evolution (slow progressive changes in life forms over millions of years that yield new species) have difficulty explaining themselves these days.

The only biological mechanism proposed for evolution is genetic, namely gene mutations or abnormal rearrangements (mutations) of the nucleotides that comprise the rungs on the DNA ladder.  [Nature 1953; Evolution Berkeley]

Most recently evolutionary biology proposes a “self-modifying, restructuring of DNA within cells” to explain new species rather than the dated idea of a “series of accidental genetic modifications.”  [Biology June 8, 2015] Huh? The organism tells itself to restructure its own DNA?

A new/old explanation from Lamarck

Compare the idea that gene mutations explain evolutionary changes in living organisms to produce new species to the ability of a living organism to respond to the environment and pass on altered characteristics (not mutations) to the next generation (epigenetics). [Genetics 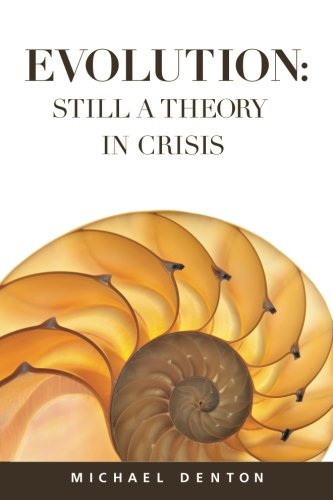 This “new” explanation is attributed to Jean-Baptiste Lamarck, a naturalist in the 1800s.  Lamarckian evolution is now called a paradigm shift in evolutionary biology as a reality rather than a theory.

Lamarckian evolution has been demonstrated.  A semi-starvation (calorie restricted)-induced pattern of gene regulation in one generation, known to double the lifespan of living organisms, increases lifespan in the third generation! [Cell July 2014]  Yes, the longevity is passed on to succeeding generations.

Its mechanism is epigenetics, not alterations in the structure of DNA but rather dynamic changes in the protein-making properties of DNA called epigenetics that is influenced by environmental factors (radiation, temperature, nutrition) which is transferred to the next generation via something called epigenetic imprinting.

This must be what Charles Darwin observed when he visited the Galapagos Islands and drew eloquent sketches of bird beaks that changed shape in just a short period of time in order to adapt to the seasonal changes in the size of seeds the birds ate.  In other words, Darwin couldn’t have observed changes that take millions of years. 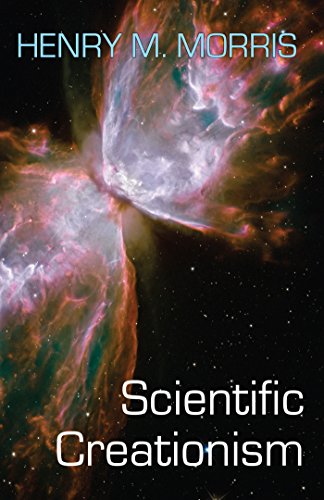 However, followers of Darwin who also observe rapid changes in bird beaks nonsensically explain these changes are due to inter-generation breeding. [National Geographic 2015]  But Darwin observed these changes with his own eyes within a 2-month period of time when he visited the Galapagos, not over many generations.

The difference between so-called neo-Darwinian evolution and Lamarckian evolution may now be a blur. [Genome Biology Evolution 2015; Biology Direct2009]

No, monkeys don’t evolve into humans overnight because of environmental factors via epigenetics.  However, characteristics of living species can be transferred without any changes in the sequential pattern of nucleotides in the DNA ladder.  But less than 3% of research papers in comparative biology mention epigenetics. [Journal Experimental Biology March 1, 2014]  That is because epigenetics trumps the illusory Darwinian dogma of biological change. 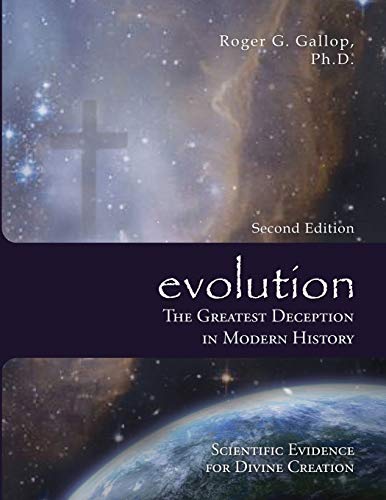 Almost comically, the field of evolutionary biology explains itself away.  It uses rapidly mutating bacteria and viruses to explain biological change.  If you would like to watch a video, you can see the tuberculosis mycobacterium mutate so rapidly it becomes fully resistant to antibiotics in just 11 days.  [YouTube.com] This is posed as an example of evolution.

But wait a minute, I thought Darwinian evolution was slow, very slow – millions of years.  And maybe we have a new strain of bacteria, but it is still a bacterium, it has not evolved into an elephant.

There is another model to explain change in biology.  Gregor Mendel’s experiments that showed the cross-breeding of a red flower with a white flower can produce a pink flower in succeeding generations. [Mendel’s Genetics]  Mendelian genetics explains variation, not new species. 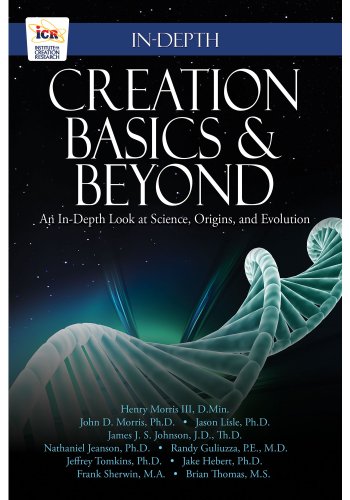 biological phenomenon known as epigenetic imprinting.  Epigenetic imprinting largely takes place at the beginning of life and generally stays put in the organism. [Learn Genetics]  However, this genetic programming is not locked in.  Genes can also be reprogrammed later in life via epigenetics. [Reviews Endocrine Metabolic Disorders June 2007]

This author has received reports of inherited color blindness, Leber’s hereditary optic nerve disease and dyslexia being reversed by taking a red wine pill (resveratrol), a molecular mimic of a calorie restricted diet.  News of this is what is being suppressed in biology.

The dead end of personalized medicine

Instead we have the idiotic idea of personalized medicine where the genetic makeup (sequencing of nucleotides and mutations in the DNA ladder) is proposed as a way to conquer disease.  But only ~2% of disease is genetically inherited.  Much of this congenital disease is represented by single gene mutations and storage disorders (buildup of cellular debris such as cholesterol in arteries, beta amyloid in the brain, lipofuscin in the retina).

Most chronic disease is epigenetic, diet influences and involved networks of hundreds of genes.  Small molecules that can enter the genetic machinery of living cells, like those found in grapes, apples, tea leaves and spices (resveratrol, quercetin, catechin, turmeric/curcumin) are said to be “promiscuous” and exert broad action over many genes.  Resveratrol (res-vair-ah-trol) is unusually promiscuous, that is, switches hundreds of genes.  [Annals New York Academy Science Jan 2011]  Combination of small natural molecules has been shown to exert synergistic rather than just additive biologic action.  [Phytomedicine 2012; Planta Medica 2012; Translational Oncology 2008] 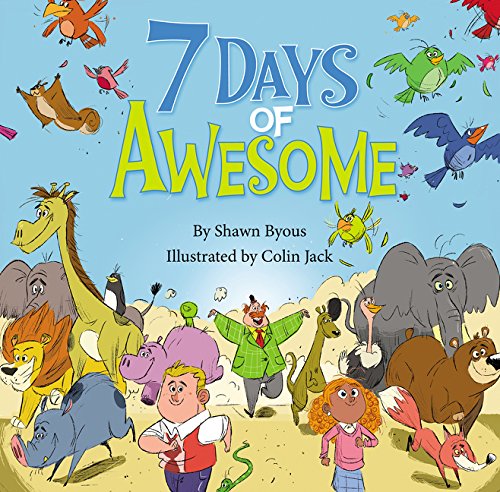 The most profound demonstration of molecular synergism on record was demonstrated when a matrix of combined small molecules (resveratrol, quercetin, rice bran — Longevinex®) was shown to significantly alter 1711 (9-fold more) genes compared to just 225 genes by resveratrol alone and 198 by calorie restriction in just 12-weeks in the animal lab.  [Experimental Gerontology 2008]

The problem is what kids are being taught about the origins of life in public school is archaic, is originally based upon simplistic observations by Charles Darwin a century ago.  Darwin was a naturalist who had a bone to pick with the Biblical account of creation.  Darwin’s idea of evolution was not based on any scientific experiments, just his drawings or bird beaks, with new species later (1953, with the discovery of DNA) mistakenly attributed to gene mutations, when we now know that epigenetic gene imprinting and Mendelian genetics explain biological inheritance via adaptation and variation.

So far, no mechanism for new species, whether gradual over millions of years (Darwinian evolution) or rapidly appearing sporadic new species, have been presented.

Oh, there is CRISPR, which is the intentional replacement of unwanted genes with those more to our liking, which can now be used to overcome single-gene mutation-induced diseases like Huntington’s disease and Down’s syndrome.  Some biologists now ask why evolution needs to be understood when it can now be humanly controlled.  [Schaecter Blog] Biologists now say they can hijack evolution. [Statnews.com]  Biologists say, while gene mutations produce diseases, CRISPR can produce favorable mutations. [Mediceine Sciences 2016]  In other words, man can now direct evolution (play God).

Which begs this question: did a “guiding hand” insert different genes like CRISP does to produce different species?

Evolutionary biologists warn of this kind of thinking since they believe adaptation and design are not driven by an “invisible power of life.” [Trends in Ecology & Evolution Oct 2015]

But even in the Darwinian model of evolution, something is directing the progressive development of life over millions of years.  So far, modern biology has explained horizontal changes in living organisms – different varieties and adaptations.  New species go unexplained.

There is no evidence for vertical evolution from an ape-like common ancestor to a human being, despite this being depicted in many cartoon-like drawings in biology textbooks.

What school kids are being taught today about the origins of life and man are not what biologists are talking about in the lab.  Darwinian evolution is being questioned and adaptive changes via Lamarckian evolution (epigenetics) are being embraced.  But again, epigenetics does not explain any progression from ape to man or this would be observable in the laboratory today.

Why can’t scientists just say “we don’t know” rather than ridiculing creationists who at least have an explanation for the origin of man (Adam & Eve).  Creation cannot be examined in a lab dish because it, by definition, required the hand of God who breathed life into a human being.  Unless some biologist can summon God into the laboratory, that experiment cannot be repeated.  ©2016 Bill Sardi, Knowledge of Health

Bill Sardi [send him mail] is a frequent writer on health and political topics. His health writings can be found at www.knowledgeofhealth.com, billsardiblog.com and resveratrolnews.com.
May the Media Publish Stolen Truths? Where Do You Fit In?