Since Donald Trump said that if Vladimir Putin praises him, he would return the compliment, Republican outrage has not abated.

Arriving on Capitol Hill to repair ties between Trump and party elites, Gov. Mike Pence was taken straight to the woodshed.

John McCain told Pence that Putin was a “thug and a butcher,” and Trump’s embrace of him intolerable.

Said Lindsey Graham: “Vladimir Putin is a thug, a dictator…who has his opposition killed in the streets,” and Trump’s views bring to mind Munich.

What causes the Republican Party to lose it whenever the name of Vladimir Putin is raised?

Putin is no Stalin, whom FDR and Harry Truman called “Good old Joe” and “Uncle Joe.” Unlike Nikita Khrushchev, he never drowned a Hungarian Revolution in blood. He did crush the Chechen secession. But what did he do there that General Sherman did not do to Atlanta when Georgia seceded from Mr. Lincoln’s Union?

Putin supported the U.S. in Afghanistan, backed our nuclear deal with Iran and signed on to John Kerry’s plan have us ensure a cease-fire in Syria and go hunting together for ISIS and al-Qaida terrorists.

Still, Putin committed “aggression” in Ukraine, we are told.

But was that really aggression, or reflexive strategic reaction?

We helped dump over a pro-Putin democratically elected regime in Kiev, and Putin acted to secure his Black Sea naval base by re-annexing Crimea, a peninsula that has belonged to Russia from Catherine the Great to Khrushchev. Great powers do such things.

When the Castros pulled Cuba out of America’s orbit, did we not decide to keep Guantanamo, and dismiss Havana’s protests?

But did not the U.S. launch a 78-day bombing campaign on tiny Serbia to effect a secession of its cradle province of Kosovo?

What is the great moral distinction here?

The relationship between Russia and Ukraine goes back to 500 years before Columbus. It includes an ancient common faith, a complex history, terrible suffering and horrendous injustices — like Stalin’s starvation of millions of Ukrainians in the early 1930s.

Yet, before Bush II and Obama, no president thought Moscow-Kiev quarrels were any of our business. When did they become so?

Russia is reportedly hacking into our political institutions. If so, it ought to stop. But have not our own CIA, National Endowment for Democracy, and NGOs meddled in Russia’s internal affairs for years?

Putin is a nationalist who looks out for Russia first. He also heads a nation twice the size of ours with an arsenal equal to our own, and no peace in Eurasia can be made without him.

We have to deal with him. How does it help to call him names?

And what is Putin doing in terms of repression to outmatch our NATO ally, Turkey’s Recep Tayyip Erdogan, and our Arab ally, Egypt’s General el-Sissi?

Yet, Republicans rarely use “thug” when speaking about Xi.

During the Cold War, we partnered with such autocrats as the Shah of Iran and General Pinochet of Chile, Ferdinand Marcos in Manila and Park Chung-Hee of South Korea. Cold War necessity required it. 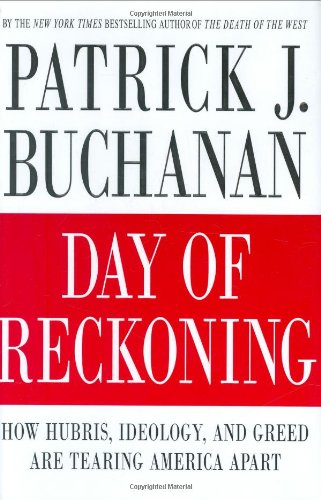 Scores of the world’s 190-odd nations are today ruled by autocrats. How does it advance our interests or diplomacy by having congressional leaders yapping “thug” at the ruler of a nation with hundreds of nuclear warheads?

Where is the realism, the recognition of the realities of the world in which we live, that guided the policies of presidents from Ike to Reagan?

We have been told by senators like Tom Cotton that there must be “no daylight” between the U.S. and Israel.

According to foreign policy scholar Stephen Sniegoski, when Putin first visited Israel in 2005, President Moshe Katsav hailed him as a “friend of Israel” and Ariel Sharon said he was “among brothers.”

In the last year alone, Bibi Netanyahu has gone to Moscow three times and Putin has visited Israel. The two get along wonderfully well.

On the U.N. resolution that affirmed the “territorial integrity” of Ukraine, Israel abstained. And Israel refused to join in sanctions against a friendly Russia. Russian-Israeli trade is booming.

Perhaps Bibi, who just got a windfall of $38 billion in U.S. foreign aid over the next 10 years from a Barack Obama whom he does not even like, can show the GOP how to get along better with Vlad.

Lindsey Graham says that the $38 billion for Israel is probably not enough, that Bibi will need more, and that he will be there to provide it.

Remarkable. Bibi, a buddy of Vlad, gets $38 billion from the same Republican senators who, when Donald Trump says he will repay personal compliments from Vladimir Putin, gets the McCain-Graham wet mitten across the face.