Is Your Toothpaste Loaded With Toxins?

Over the course of a lifetime, the average American uses about 20 gallons of toothpaste,1 and even though you don’t swallow it, chemicals in the toothpaste can make their way into your bloodstream, courtesy of the fact that your mouth has an absorption efficiency rate of more than 90 percent.2

With this in mind, it’s well worth considering what you’re brushing your teeth with on a daily basis. Many popular brands contain highly questionable ingredients that are best avoided for long-term health.

A recent report by The Cornucopia Institute, an organic industry watchdog, highlights many of the problems in the regulation of cosmetic ingredients. Contrary to popular belief, the industry is allowed to largely regulate itself, which has allowed many hazardous ingredients to be introduced. 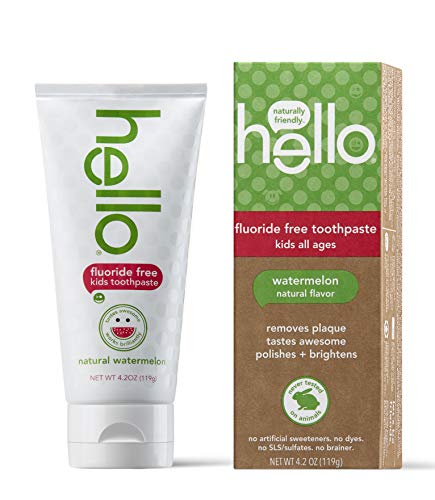 Is Your Toothpaste Loaded With Toxins?

The Cornucopia report, “Behind the Dazzling Smile: Toxic Ingredients in Your Toothpaste”3 and accompanying scorecard,4 reveals the potential risks associated with a number of common toothpaste ingredients — chemicals known to have endocrine disrupting, inflammatory and/or carcinogenic activity, for example.

This is true even for brands marketed as “natural;” a definition that has no legal or regulatory meaning whatsoever, even though most people believe it does.

In the U.S., a mere 11 synthetic ingredients are prohibited for use in cosmetics. In comparison, the European Union (EU) has banned more than 1,300 ingredients and restricts another 250 compounds from being used in cosmetics, including:

As noted by Jerome Rigot, Ph.D., a policy analyst at The Cornucopia Institute and the lead author of the report:5

“The FDA does not require impurities, including several potential contaminants such as 1,4-dioxane or ethylene oxide, both carcinogens, to be listed as ingredients on the labels of personal care products because these toxic chemicals are produced during manufacturing.

Even though technology … to remove them exists, many companies don’t use it, because regulators do not force them to do so! …

The cosmetics industry is no different, and may be worse, than leading food companies when it comes to gimmicky ingredients and misleading health claims.

However, we have created a useful web-based tool to help discriminating consumers see through marketing hype and make the best decision for their family when buying toothpaste.”

Do You Need Fluoridated Toothpaste?

Fluoride — which carries a poison warning6 and is a major risk factor for disfiguring dental fluorosis — has long been heralded as the answer to decaying teeth, but groundbreaking research has cast serious doubt on its usefulness.

A 2010 study7 found that the supposedly beneficial fluorapatite layer formed on your teeth from fluoride is a mere 6 nanometers thick.

To understand just how thin this is, you’d need 10,000 of these layers to get the width of a strand of your hair. This ultra-thin layer is quickly eliminated simply by chewing on something. According to the authors:

“[I]t has to be asked whether such narrow … layers really can act as protective layers for the enamel.”

Other research8 has shown that toothpaste containing the naturally occurring cacao extract theobromine more effectively repairs and re-mineralizes dentin (the tissue that makes up the bulk of your teeth below the enamel) than fluoride toothpaste.

The Case for Fluoride-Free Toothpaste 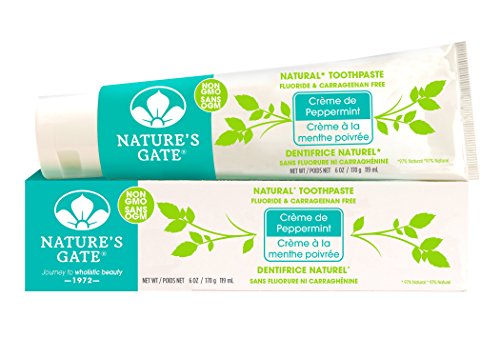 A more important concern than being ineffective is the toxic nature of fluoride. It’s common for young children to swallow more fluoride from toothpaste than is recommended as an entire day’s ingestion from all sources,9 and ingesting fluoride is particularly detrimental to health.

The science clearly demonstrates that fluoride is a toxic chemical that accumulates in your tissues over time, wreaks havoc with enzymes and produces a number of serious adverse health effects, including neurological and endocrine dysfunction.

Children are particularly at risk for adverse effects of overexposure. Therefore, if you have a young child, it’s recommended that you use a non-fluoride toothpaste, although I recommend fluoride-free toothpaste for adults as well.

While many are now familiar with the hazards associated with fluoride, this is by no means the only ingredient that can pose a health risk when used day in and day out for years on end. Following — in no particular order — are 10 other toothpaste ingredients to beware of.

Triclosan is an antibacterial chemical added to toothpaste to help fight plaque and gingivitis. However, while it has been shown to be effective for this purpose, triclosan has also been linked to concerns over antibiotic resistance, endocrine disruption and thyroid dysfunction.

The chemical structure of triclosan is similar to thyroid hormones and polychlorinated biphenyls (PCBs). This similarity allows it to attach to hormone receptors.10 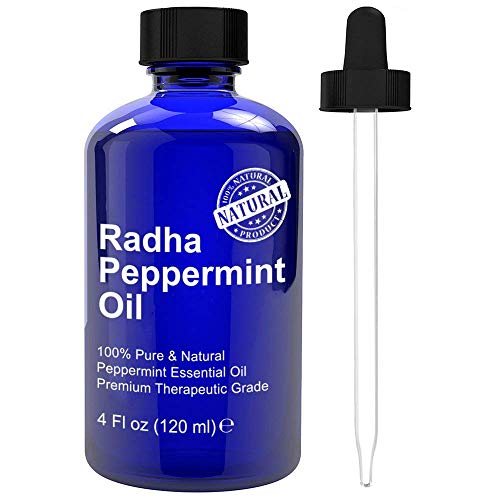 Endocrine-disrupting chemicals such as triclosan can promote a wide variety of health problems, including breast, ovarian, prostate and testicular cancer, preterm and low birth weight babies, precocious puberty in girls, and undescended testicles in boys.

Some animal studies found triclosan caused fetal bone malformations in mice and rats, which may hint at hormonal effects. Triclosan may also interfere with a type of cell signaling in brain, heart and other cells, such that researchers noted it “may not be worth potential risks.”11

Toothpaste appears to be one of the most potent delivery vehicles for the chemical, as research found people who brushed their teeth with Colgate Total had more than five times as much triclosan in their urine as those who did not.12

Sodium lauryl sulfate, sodium laureth sulfate (SLS) and sodium lauryl ether sulfate (SLES) are surfactants responsible for the foaming action of the toothpaste. However, these chemicals also interfere with the functioning of your taste buds by breaking up the phospholipids on your tongue. This enhances bitter tastes and is thought to be the reason why everything tastes so bad right after you’ve brushed your teeth.

SLS has also been linked to skin irritation and painful canker sores, with research13 suggesting an SLS-free toothpaste should be used by people with recurring sores.

Moreover, SLS has a high potential of being contaminated with 1,4 dioxane, a carcinogenic byproduct of the manufacturing process.14 Interestingly, SLS is actually registered as an insecticide. The manufacturers sought approval to market SLS as a pesticide for organic farmers, but the application was denied because of its potential for environmental damage.15 Studies have shown it may have toxic effects to marine life, including fish, insects and crustaceans.16

According to the Cornucopia report: “Toothpastes specifically targeted to children often contain artificial colors (food dyes), which have been linked to hyperactivity and related behavioral problems in children. Some such ingredients also pose a risk of cancer and allergic reactions.”

FD&C and D&C dyes are typically made from petroleum. The term “lake” in the names of dyes refer to colorants made by combining the pigment with metal salts such as aluminum, calcium, zirconium, barium and others, which turns them insoluble. Toothpastes contain a rather long list of color additives, listed on page 7 in the report.17

In addition to the potential health hazards associated with many artificial colors — most notably behavioral problems in children — they may also contain “upwards of 10 percent impurities, either from the initial manufacturing chemicals or by-products of the manufacturing process,” the report states. Contaminants include synthetic chemicals and heavy metals, including lead, mercury and arsenic. Red 40, Yellow 5 and Yellow 6 are also commonly contaminated with carcinogenic substances.

Aspartame and other artificial sweeteners are also often added to commercial toothpastes. Aspartame is metabolized inside your body into both wood alcohol (a poison) and formaldehyde (which is a carcinogen used as embalming fluid and is not eliminated from your body through the normal waste filtering done by your liver and kidneys). It’s been linked to birth defects, cancers, brain tumors and weight gain.

Certain preservatives may also release dangerous formaldehyde. While not commonly known, some preservatives work by continuously releasing a small amount of formaldehyde — a known carcinogen. This is what kills microbes that might otherwise grow in the product.

These preservatives can be absorbed into your bloodstream via the mucosal lining in your mouth. Besides cancer, they’ve also been linked to allergic skin reactions. Formaldehyde-releasing preservatives to avoid include:

Parabens are yet another type of preservatives linked to harmful health effects. Parabens are endocrine-disrupting chemicals that mimic the hormone estrogen, and exposure has been linked to cancer and developmental and reproductive toxicity. These chemicals can be listed on the label under a number of different names, including but not limited to:

Carrageenan is a thickening agent suspected of having carcinogenic activity. According to the featured report, food-grade carrageenan is associated with intestinal inflammation that can lead to cancer, even in small doses. Two decades’ worth of independent research has also linked it to:

“Low-molecular-weight carrageenan, known as poligeenan, is classified by the International Agency for Research on Cancer as a ‘possible human carcinogen’ (Group 2B) … While poligeenan has well-documented inflammatory and carcinogenic properties, food-grade carrageenan was thought to be ‘high molecular weight’ and safe to eat. However, the viscosity requirement to qualify carrageenan as food-grade does not exclude the presence of low-molecular-weight poligeenan.

In fact, the carcinogenic molecular-weight poligeenan is found naturally, in varying percentages, in all food-grade carrageenan, and exposure to heat, acid (including stomach acid), digestive enzymes (such as saliva and stomach enzymes) and bacteria (i.e., mouth and gut microflora) increases the amount of poligeenan.

Meanwhile, industry-funded propaganda often fails to point out that food-grade carrageenan does in fact contain dangerous poligeenan in varying amounts, in some tests exceeding 5 percent.”

Propylene glycol is a type of mineral oil, used in toothpaste and other cosmetics as a humectant and solvent. Industrial grade propylene glycol is commonly found in antifreeze, paints and enamels. The pharmaceutical-grade is used in many personal care products, including toothpaste, as a surfactant. Studies have linked propylene glycol to skin, eye and lung irritation, as well as organ system toxicity.18 According to the featured report:

“Propylene glycol has limited toxicity but it penetrates easily through the skin and mouth mucosa and functions as a penetration enhancer, thereby facilitating the absorption of other ingredients. It is best to avoid toothpastes containing this ingredient.” 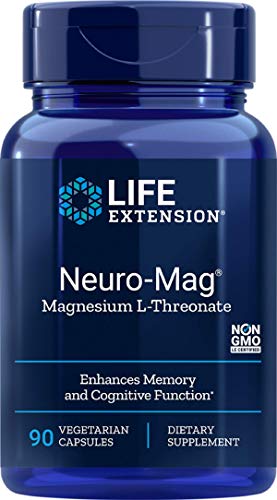 DEA, a foaming agent, is a known hormone disrupter that can react with other ingredients to form a potential carcinogen called N-nitrosodiethanolamine (NDEA). NDEA is readily absorbed through the skin and has been linked with cancers of the stomach, esophagus, liver and bladder.

The Environmental Working Group (EWG) ranks DEA as a number 10 in its cosmetics database (the most toxic score) due to high concerns of organ system toxicity. The California Environmental Protection Agency (EPA) also lists DEA as a possible human carcinogen.19

Microbeads are tiny plastic pellets found in body washes, facial scrubs, toothpaste and more. The microbeads go down your drain, through the filters at most wastewater treatment plants, and out into the environment. Plastic microbeads absorb toxins from the water and are eaten by a wide variety of marine life and, ultimately, by humans as well.

There’s good reason to avoid toothpaste containing microbeads, aside from the obvious environmental threat. In 2014, serious questions were raised about their use in toothpaste when dentists and dental hygienists reported finding microbeads trapped between patients’ teeth and under their gums. This gives food and bacteria an entrance to your gum line, which could actually CAUSE gum disease. Dentist Justin Phillip was quoted by The Washington Post, saying:20

“They’ll trap bacteria in the gums which leads to gingivitis, and over time that infection moves from the gum into the bone that holds your teeth, and that becomes periodontal disease.”

Many toothpastes also contain an array of GMO-based ingredients. The only way to avoid these is to buy products carrying the “USDA 100% Organic” label, as certified organic ingredients are not permitted to be sourced from genetically engineered (GE) crops. GMO-derived ingredients include:

Who Are the Biggest Landowners in the US? Marx Loved Satan