Economics is far simpler than most in academics or government would have you believe. To make accurate predictions all you really need is an honest appreciation of the self-interest that is at the heart of free market transactions and an ability to understand how regulations that attempt to “correct” these realities don’t work. This is certainly the case with the completely predictable slow-motion train wrecks that are the signature U.S. domestic policy experiments of the last eight years: Obamacare and Federal Reserve stimulus. From the start, I issued countless commentaries on why both would fail spectacularly. The jury has started to come back on Obamacare, and the results are a disaster. And while the verdict on the Fed’s policies has yet to arrive in similarly stark terms, I believe that its failure is just as certain.

As I explained in my July 30, 2012, commentary “Justice Roberts is Right: The Plan Won’t Work,” the central flaw (among many others) in Obamacare is that it incentivizes younger, healthier people to drop out of insurance coverage while encouraging older, sicker people to sign up. The result would be a pool of insurance participants that would guarantee losses for those providing coverage. That’s exactly what we are seeing.

After only four years of operation, there is now wholesale defection by insurance companies to abandon the Obamacare marketplace because they are hemorrhaging money faster than just about anyone predicted. To believe that any other outcome was possible would have been the equivalent of believing in the Tooth Fairy.

According to the Wall Street Journal, the four biggest U.S. health insurance companies, Anthem, Aetna, UnitedHealth and Humana are losing hundreds of millions of dollars on their Obamacare plans. And since these companies can’t be compelled to operate a business that loses money, all four have significantly scaled back their offerings. UnitedHealth has already exited 31 of the 34 states where it sells ACA policies. Humana is now offering coverage in just 156 counties of the 1,351 counties in which it was active a year ago. The latest shoe to drop came this week when Aetna said it would stop selling Obamacare plans in 11 of the 15 states where it is currently active (Bloomberg Businessweek, 8/17/16).

It’s no secret why the companies are losing so much money. Enrollees into the new plans take out far more money in benefits than they pay in premiums, despite the fact that premiums have increased substantially. That’s because the pool of insures in the Obamacare plans differ sharply from those that exist in the private marketplace. Why this has happened should have been stunningly obvious to anyone. To quote from my 2012 commentary:

“…the ACA makes it illegal for insurance providers to deny coverage to anyone for any reason. This allows healthy people to drop insurance until they actually need it without incurring any risk. It’s like allowing homeowners to buy fire insurance after their houses burn down.” Given the high cost of insurance, the law allowed millions to take a free ride.

decision. This was the same rational that was used by Chief Justice Roberts when he ruled that the plan was constitutional. He argued that since the penalties were not high enough to compel behavior, they should be seen as constitutional “taxes,” not unconstitutional “penalties.”

Similarly, by guaranteeing that no one could be denied insurance for any reason and that the sick would pay the same premiums as the healthy, the plans have sucked in lots of people guaranteed to take out more in benefits than they pay in premiums. Add these factors together and you get the recipe for guaranteed losses. In retrospect, it is simply incredible that supposedly smart people argued against this outcome while the law was being drafted and passed.

At this rate, there may essentially be no private companies offering insurance through the exchanges within a few years. This will mean that unless president Clinton (Trump has promised to repeal Obamacare) passes a new law requiring companies to lose money for the good of the country (not too outlandish a possibility), or if the Supreme Court allows massive increases in the penalties for not buying insurance (thereby creating the coercive force that Justice Roberts argued was absent in the original law), then the government itself will have to step in and absorb the losses that are currently hitting the private insurers. At that point, Obamacare will become just what its critics always thought it was: an enormous new unfunded and open-ended government entitlement.

While the flaws of Obamacare were incredibly easy to see, so too are the flaws in the Federal Reserve’s stimulus policy. What’s amazing to me is that more people aren’t able to see through it as easily.

Although few realized it while it was occurring, everyone now sees that the dot-com mania of the late 1990’s was a bubble that had to end badly. Most also realize now, as they didn’t realize then, that the housing bubble of the early years of the 21st Century (which took us out of the 2001 Recession) was a bubble created by the Federal Reserve’s unprecedentedly low interest rates in those years.

But while we have gotten better at recognizing bubbles after they have burst, we are still totally blind to the ones that are currently forming. Ever since the Recession of 2008, the Federal Reserve has held interest rates at zero and has injected trillions of dollars into the financial markets through its quantitative easing policies. These moves have clearly inflated prices in the bond, stock, and real estate markets, an outcome that was an expressed aim of the policies.There is also clear evidence that these asset prices will come under intense pressure if interest rates were allowed to rise.

Recent history confirms this. Back in January of this year, just a few weeks after the Federal Reserve delivered the first rate increase in nearly a decade, the stock market entered a free fall. We had the worst opening two weeks of the calendar year in stock market history. The bleeding stopped only when the Fed backed off significantly from its prior rate hike projections. Since then, the market action has been clear to see: stocks rally when they believe the Fed will keep rates low, and then fall when they think they will rise. And so the Fed has played a continuous game of footsy with the market…forever hinting that hikes are possible but never actually raising them.

But given how close the economy could be trending toward recession, can anyone seriously believe that the Fed will risk kicking a potential recession into high gear by actually delivering another rate increase? It should be clear that it won’t, but somehow the best and brightest on Wall Street appear convinced that it will. Perhaps this explains why hedge funds have so consistently underperformed the market thus far in 2016.

To me, the fate of the Fed’s stimulus policy is as clear as that of President Obama’s failed experiment in healthcare. It’s a disaster hiding in plain sight. The stimulus itself has so crippled the U.S. economy that it can now barely survive without it. As it limps along the crutch must grow ever larger, as the support it provides weakens the economy to the point where it becomes too small to provide adequate support. But rather than acknowledging that the Fed’s policies have failed (an admission that any honest proponent of Obamacare should make), the proponents of stimulus are doubling down.

Earlier this week, John Williams, the president of the San Francisco Fed and widely believed to be a close confidant of Chairwoman Janet Yellen, issued an economic letter on the FRBSF website that lays the foundation for much greater stimulus for years to come. The centerpiece of Williams’ suggestions is that he would like to see the Fed raise its inflation target past the current 2% and that the government be prepared to run much larger deficits to combat persistent economic weakness. In other words, ramp up the dosage of the medicine we have been taking for years, even though that medicine hasn’t worked. This shows a stunning inability to recognize a failed policy when it is staring at them in the face.

Absent from his analysis is any understanding that the stimulus policies of the past two decades may have actually created the conditions that have locked our economy into a perpetually weakened state. By preventing needed contractions, debt reductions, investment re-allocations and rebalancing, the perennial stimulus has frozen in place a listless economy dependent on monetary support just to tread water. Just as Federal tax policy and healthcare regulations raised the costs of healthcare to the point where another bold (and ultimately futile) regulatory framework was launched to solve the problem, new forms of stimulus are being conjured to fix problems created by prior stimulants. But since Williams does not realize the stimulus he and his fellow quacks at the Fed have prescribed actually acts as a sedative, he has misdiagnosed the resulting condition of slower economic and productivity growth and as being the new normal.

Proof of this circular logic is Williams expressed desire to use monetary policy to push up “nominal GDP,” which is simply the GDP figures that are not adjusted for inflation. What good will it do for the average citizen if we get a higher GDP number that results merely from rising prices rather than actual economic growth? While the stimulus crowd likes to suggest that rising prices are a required ingredient for real growth because they encourage people to go out and spend before prices rise further, their asinine theory is completely unfounded. The entire purpose of deflating nominal GDP is to separate actual growth from rising prices. Pretending the economy is growing by targeting nominal GDP will only stifle real economic growth that might actually solve the problems the Fed still has no idea it created. 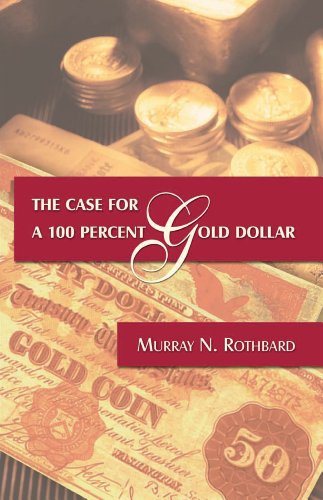 It is somewhat heartening that there is a greater recognition now of the inherent flaws in Obamacare. Hopefully, such realizations will soon be widely raised about our current stimulus experiments, and that these insights will arrive in time to change course. However, confidence should be extremely low on that front.

To me, the fate of the Fed’s stimulus policy is as clear as that of President Obama’s failed experiment in healthcare. It’s a disaster hiding in plain sight.  The stimulus itself has so crippled the U.S. economy that it can now barely survive without it.   As it limps along the crutch must grow ever larger, as the support it provides weakens the economy to the point where it becomes too small to provide adequate support.  But rather than acknowledging that the Fed’s policies have failed (an admission that any honest proponent of Obamacare should make), the proponents of stimulus are doubling down.

This work is licensed under a Creative Commons Attribution-NonCommercial-NoDerivs 3.0 Unported License. Please feel free to repost with proper attribution and all links included.

Previous article by Peter Schiff: Dollar Is Down, Gold Is Up

Ancient Cars vs. Modern CarsDon’t Leave Your Money on the Table