A Short History of American Intervention in the Middle East

Note: This is an excerpt from The Impeachment of Barack Obama and Hillary Clinton for High Crimes in Syria and Libya, by Michael Ostrowski and James Ostrowski (2016).

The first American intervention in the Middle East in modern times comes with American entrance into World War I in 1917 on the side of the Allied Powers including Great Britain and France, the two leading imperial powers of the previous centuries. Ironically, Woodrow Wilson pushed the United States into war to make the world “safe for democracy.”  During the war, Great Britain, France, and Russia agreed on a plan to carve up the post-war

Ottoman Empire.  The plan was known as the Sykes-Picot plan.  This obscure document has suddenly appeared on the news pages as ISIS has vowed to overturn it!  Though the United States was not directly involved in drafting the plan, it nonetheless bears some responsibility for its execution, first, because its entrance into the war broke a stalemate and tipped the war towards the Allies, and second, because it acquiesced to the execution of the plan after the war when it was in a position to protest, if not obstruct it.

After the war ended, the Middle East was carved up along the arbitrary lines of the Sykes-Picot plan, resulting in the creation of artificial states filled with ethnic and religious groups hostile to each other.  The classic example is Iraq.  Iraq is a country consisting of three separate groups with sharply different interests, the Kurds in the North, the Shiites in the South and the Sunnis in the middle.  Saddam Hussein kept the lid on the pot with ruthless police state methods.  Once he was overthrown by the United States, the country should have been partitioned, but it is official U. S. policy to consider arbitrary boundaries imposed by force on peoples to be sacrosanct.  This is part of the syndrome of archism, discussed in the Introduction.  Suffice it to say here that archism involves the belief that states must be maintained regardless of the costs. As one of the co-authors has explained elsewhere, democracy does not smooth over such sharp multicultural differences but rather exacerbates them.  Naturally, the Shiites, constituting about 60 percent of the population, won the post-Saddam elections and began imposing their will on the Sunni minority.  A civil war ensued whose chaos ultimately led to the creation of ISIS years later.

Syria was yet another artificial state created after World War I by the Western powers.  There, the Sunnis were a majority; the Shiites/Alawites were the largest minority and there was a smattering of smaller minorities including Christians.  The ancient tensions between the Sunnis and Allawites led to a civil war that once again, gave ISIS the chance to thrive in the chaos and expand its reach.

The United States has been heavily involved with propping up the state of Israel from its creation in 1948 until the present time.  President Truman was a wacky individual who dropped a nuclear bomb on a city in 1945, killing women, children and the elderly and called it a “military base.” Truman officially recognized Israel against the advice of his Secretary of State, George Marshall, who viewed the move as based on domestic political concerns. 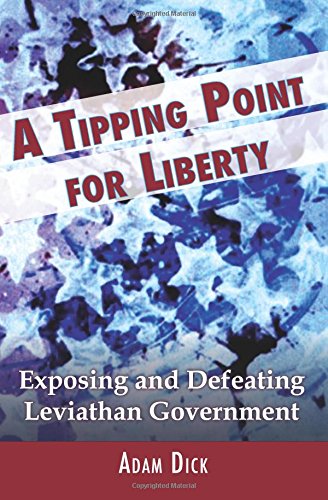 Truman did so in large part to ensure the support of American Jews in the upcoming presidential election.[1]

The Palestinians and their Arab allies have nursed a grievance against Israel since 1948 for, in their view, seizing their land by force of arms.  We are continually told that Israel is America’s most important ally in the Middle East, however, that is the exact opposite of the truth.  America does not need an ally in the Middle East because the United States government does not need to be involved in the Middle East, especially for oil.  Israel, obviously, is a liability to the United States as evidenced by the 9/11 attacks which Osama bin Laden stated, were, directly or indirectly, in part in retaliation for U. S. support for Israel through the years.

Of the two interventions at issue in this book, the Syrian intervention relates directly to American support of Israel.  Assad was considered to be a thorn in the side of Israel for many years.  There is circumstantial evidence that Clinton’s support of Syrian intervention was to appease Israeli interests, generally a smart political move for one whose life-long dream is to be President.

James P. Rubin, a close and long-time associate of Bill and Hillary Clinton, sent an email in April, 2012 to Hillary Clinton previewing an article to be published in June in Foreign Policy magazine, stating: “The best way to help Israel deal with Iran’s growing nuclear capability is to help the people of Syria overthrow the regime of Bashar Assad.”

Clinton forwarded it on to her aide Monica Hanley.  As this email suggests, the Syrian intervention may have been part of a larger chess game involving Israel’s main current declared enemy, Iran.  As the main Shiite power on

earth, Iran is perceived to be an ally of Syria and thus, taking down the Shiite-friendly Assad was seen as a way to chip away at Iran’s influence.

The movement of U. S. foreign policy to demonize and attack Shiite regimes and in the process, ally with Sunni regimes, seems counterintuitive as those Shiite regimes have sponsored or produced very few terrorist attacks against American targets over the years.  In sharp contrast, most major terrorist attacks against Americans have been perpetrated by Sunnis.

In return for her Israel First foreign policy, including illegally helping to start a war in Syria in part to help Israel, Hillary Clinton has received and will continue to receive massive material support from pro-Israel donors and PACs.