A few years ago, we highlighted the manly last words of 16 men. Since then, we’ve discovered many more intriguing, poignant, badass, or just plain virile utterances given right before a man stepped into the abyss of the great beyond. Today we highlight 25 more pre-death declarations. 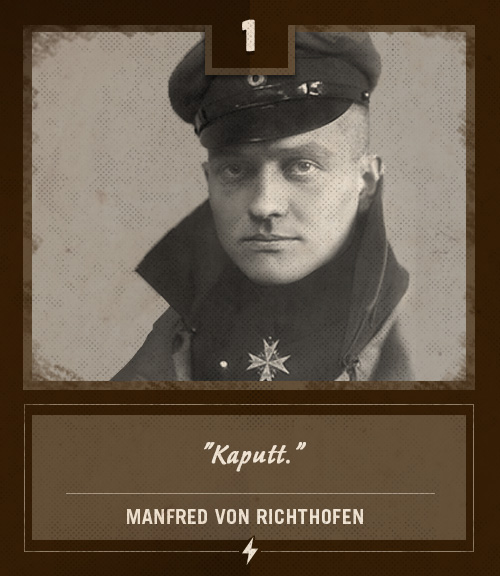 The top ace pilot of WWI, the Red Baron uttered these words after being shot in the chest during aerial combat and roughly landing his plane in a field in France. Kaputt is German for broken, busted, finished. 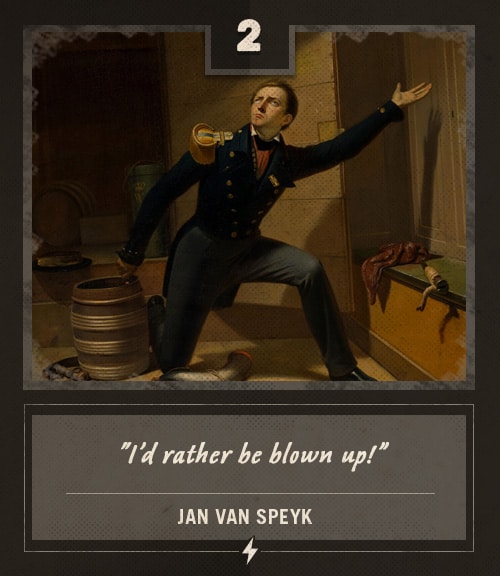 A Dutch naval lieutenant fighting in the Belgian War of Independence, Speyk so despised his foe, that when a Belgian force stormed his ship and demanded he take down the Dutch flag, he threw a lighted cigar into a barrel of gunpowder rather than surrender. Before the barrel exploded and killed dozens of Belgians and almost his entire own crew, he yelled, “Dan liever de lucht in!” – “I’d rather be blown up!” 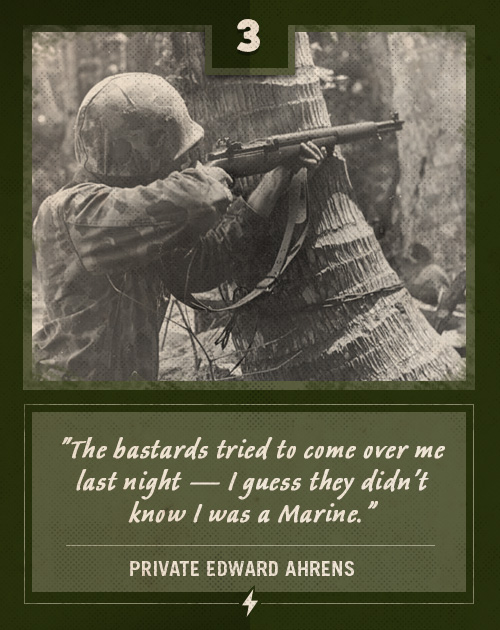 During the Battle of Guadalcanal, Private Ahrens was mortally wounded while single-handedly fighting back a group of Japanese soldiers attempting to infiltrate Allied lines. After his superior officer discovered Ahrens the next morning surrounded by dead Japanese troops, he whispered these words and died. 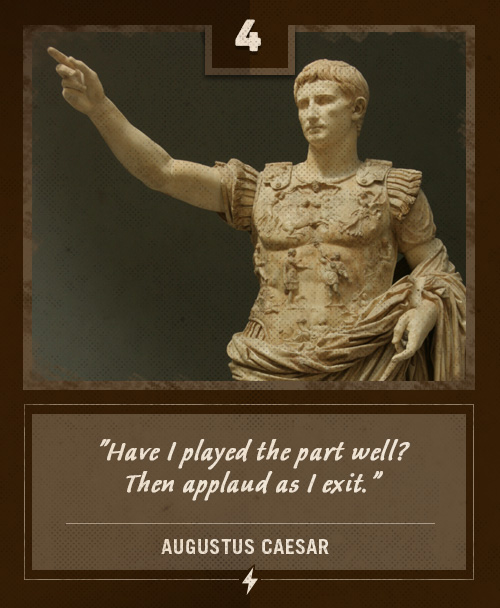 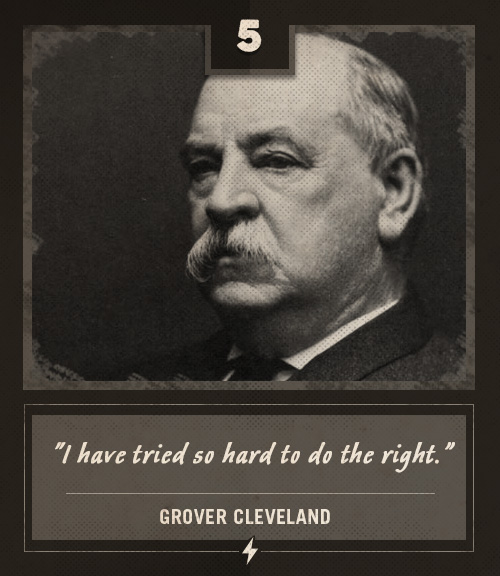 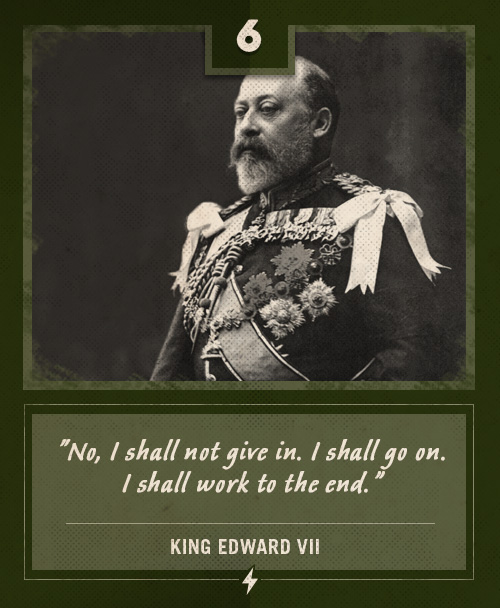 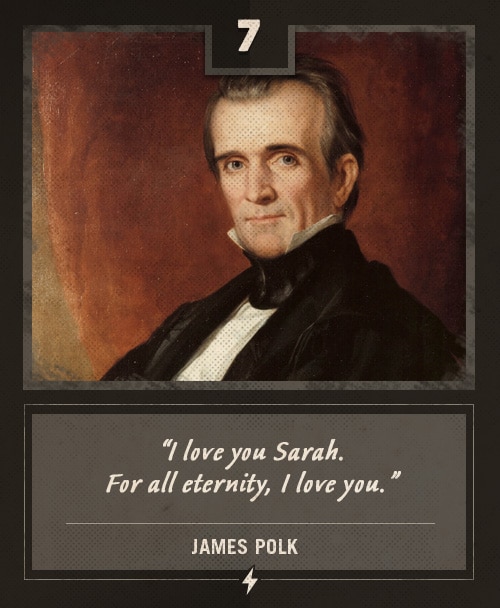 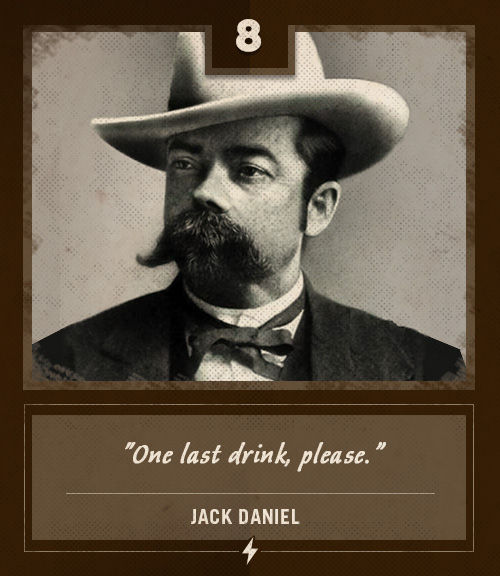 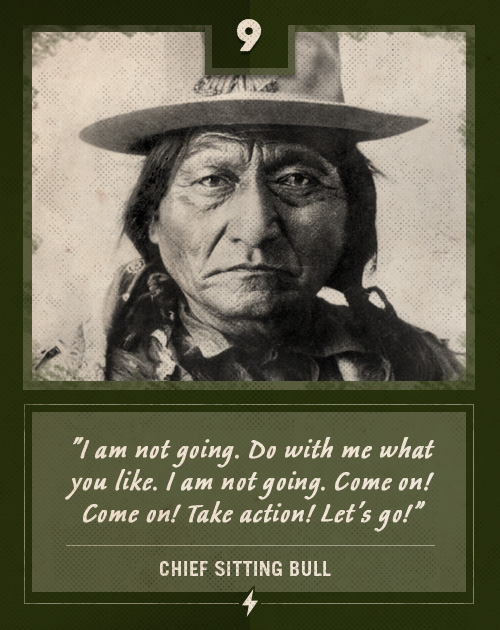 When police, fearing Sitting Bull was going to lead his people off the reservation, came to arrest him, the Sioux of his village gathered in outrage. Sitting Bull gave this order to fight back to his friends, and was subsequently killed in the resulting skirmish. 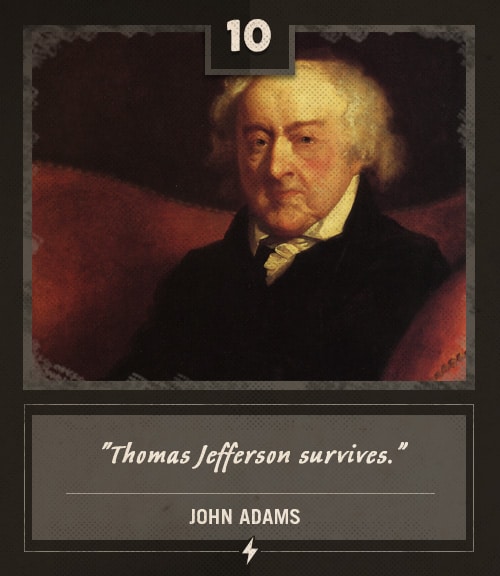 Jefferson and Adams, though they were sometimes political opponents, maintained a close friendship and correspondence over several decades. When Adams uttered these last words he had no idea his fellow founding father had died a few hours earlier that same 4th of July, 1826.

Cut the Cable How Classy Are You?