Seceding from Socialism (Or, How to Really Make America Great Again)

In his great classic, Socialism, Ludwig von Mises observed that socialists always employed the dual strategy of 1) nationalizing as much industry and property as possible; and 2) “destructionism,” defined as “destroying the social order which is based on private ownership.”  Destructionism can be achieved through the welfare state, progressive taxation, onerous taxation, and regulation and regimentation of private industry.  It is a form of economic sabotage.

There is also a third necessity in order for socialists to achieve their goal of a government “planned” society:  the centralization of power and the elimination of all possible exits. As Mises wrote in another of his classics, Omnipotent Government, “[T]he adversaries of the trend toward more government control describe their opposition as a fight against . . . centralization.  It is conceived as a contest of states’ rights versus the central power.”  This, of course, is what the “Brexit” vote in Great Britain was all about. 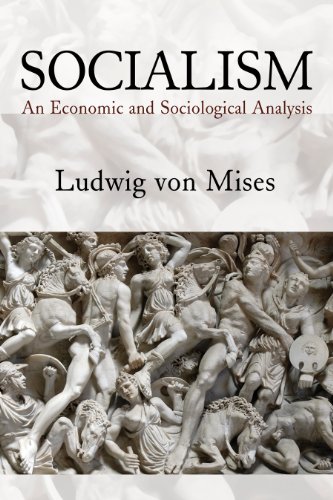 The proponents of totalitarian government control, whether they call themselves socialists or something else, have always attacked decentralization, states’ rights, federalism, and all other means of the devolution of power in society.  Adolf Hitler bemoaned “the struggle between federalism and states rights” in Mein Kampf and promised that the “National Socialists [i.e. , Nazis] would totally eliminate states’ rights altogether” (Mein Kampf, 1998 Houghton Mifflin edition, p. 565).

American history has been one long march toward more and more centralized governmental power and less and less freedom as a consequence.  It began with Alexander Hamilton’s proposal at the constitutional convention for a “permanent president” who would appoint all state governors who would have veto power over all state legislation.  His plan failed after being tarred by the Jeffersonians as essentially the British empire without Great Britain.

The “Civil War” created a great centralization of political power and effectively turned all states, North, and South, into mere appendages of Washington, D.C.  This trend was perpetually strengthened by all subsequent wars as war is always and everywhere the health of the state.

Franklin D. Roosevelt even proposed effectively abolishing the states altogether as political entities as a means of eliminating all opposition to his grandiose, socialistic plans for America.  As described by Frank Chodorov in The Income Tax: Root of All Evil (page 82): 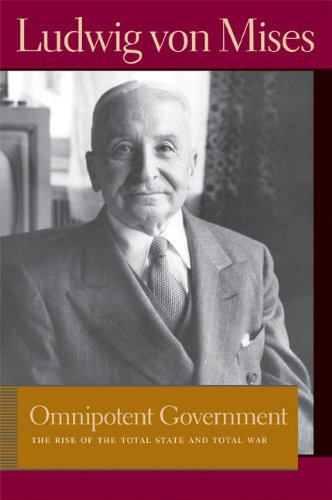 “Early in the socialistic New Deal, its leaders recognized in the division authority between state and federal governments a difficult impediment to their plans.  They set their minds on overcoming it.  They went so far as to draw up a blueprint for an arrangement that would circumvent, if not obliterate, the troublesome state lines.  In 1940, Mr. Roosevelt’s National Resources Committee, in a report called Regional Factors in National Planning, proposed that the nation be divided into a dozen regional areas, as a basis for the coordination of federal administrative services. . . .  the committee insisted that so long as the ‘division of constitutional powers [i.e., states’ rights] remained,’ the government is handicapped in handling ‘national problems.’”

To the “collectivists,” wrote Chodorov, “ the separate states must be wiped out or reduced to parish status.”  This was eventually accomplished not through the abolition of the states but “by bribery of state officials” with federal grants to the states and threats of withdrawing them.

The “real obstacle” to socialistic central planning, wrote Chodorov, “is the psychological resistance to centralization that the States’ Rights tradition fosters.  The citizen of divided allegiance cannot be reduced to subservience.”  Furthermore, “when government has a monopoly of power the people have no freedom.” 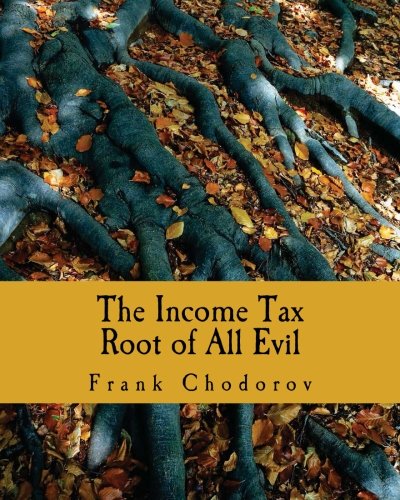 The “advocates of centralism” in America have “had hard going because of our entrenched tradition of States’ Rights.  It is a tradition that is older than the Constitution, older than the Revolution. It is a national birthmark,” said Chodorov. It is also the object of 150 years of demonization, attacks, libel, and slander of its proponents by the “advocates of centralism.”  The attacks have been so pervasive in the post- Civil War era that to most Americans today the mere mention of the phrase “states’ rights” is quickly dismissed and censored with the word “Neo-Confederate,” with the implication that whomever used that forbidden phrase must certainly have some sort of evil and diabolical purpose in mind.  Nothing the Soviet propaganda machine did was ever so effective at censoring opposition to centralized power.

The recent issue of the “Brexit” vote demonstrated that the European Union, like the Soviet Union and the American union, sought (and seeks) a monopoly of political power.  And the object of monopoly in any field, Chodorov warned, is “to compel the customer to accept the services of the monopolist on his own terms.”  The more monopolistic and centralized government becomes, the more it can dictate to its subjects and treat them like tax slaves.

The only way to “make America great again” in any meaningful sense is to start with a radical devolution of power away from Washington, D.C., not to further empower the executive branch of government to renegotiate trade deals, appoint more “czars,” or rattle off dozens of “executive orders.”  That would require that Americans cease being intimidated by the state and its mouthpieces and human megaphones in the media, academe, and elsewhere who hysterically denounce any proposals for the devolution of power as the evil schemes of those who would bring back slavery – or worse – if they could.  Neo-Confederates on the loose!!!!!!

The British voters who voted to secede from the European Union were in fact “Neo-Confederates” in one sense: Like the Southern Confederates of 1860-1861, they voted to secede from an increasingly oppressive and prosperity-destroying, centralized monopolistic bureaucracy.  (As the “dean” of American “Civil War” historians, James McPherson, wrote in his book What They Fought For: 1861-1865, based on the diaries of hundreds of “Civil War” soldiers, the typical Confederate soldier was not a slave owner but a yeoman farmer or laborer who “fought for liberty and independence from what they regarded as a tyrannical government”).

The principles of peaceful secession (or threats thereof) and nullification are the essence of self -determination.  They are the ultimate expressions of “the consent of the governed” from which all just powers of government are derived, as Jefferson eloquently stated in the Declaration of Independence.  The original American union was a voluntary union, not a coerced union held together by threats of mass

murder and the destruction of entire cities.  That was the Soviet Union.  That was Nazi Germany.  It was also the British empire from which the American colonists seceded.

As such, secession was “the” principle of the American Revolution in the words of Massachusetts Senator Timothy Pickering, who also served as George Washington’s secretary of state and secretary of war and as his adjutant-general during the Revolution.  Senator Pickering was also the leader of the New England secession movement of 1801-1814, which culminated in the Hartford Secession Convention of 1814.  (The New Englanders voted to remain in the union, and there were no threats by President Madison to bomb Boston and Hartford into smoldering ruins should they vote to secede).

At the time, everyone naturally assumed that the union was voluntary since it was ratified by the sovereign and “free and independent” states, as they are referred to in the Declaration of Independence.  This was in fact required by Article 7 of the Constitution.  The sovereign states delegated only a few well-defined powers to the federal government as their agent.  New York, Rhode Island, and Virginia specifically reserved the right to reassume those powers in the future should the federal government become abusive of their rights.  Since the citizens of no one state can have more rights than those of others, it was assumed that all the states, including future states, would have the same right of secession.

Self-determination was not all but ended in America by the strength of Lincoln’s illogical argument that the union of the states was older than the states, which were therefore never sovereign.  That makes as much sense as saying a marital union can be older than either spouse.  It was ended by the violence of a war that resulted in the death of as many as 850,000 (or more) Americans according to the latest research.

The European Union is not threatening to invade England after the Brexit vote, and even the Soviet Union was dissolved through numerous acts peaceful secession.  “Stexit” – peaceful state secession from imperial Washington – is really the only way for Americans to escape the clutches of our increasingly socialistic central planning state that seems as hell-bent as ever on Misesian destructionism with its nationalization of health care, financial markets, much of the automobile industry, its endless wars, its ever-exploding welfare state, its blizzard of regulations, and a tax system that forces average Americans to work for one-third of the year (until “Tax Freedom Day”) just to pay taxes.

Previous article by Thomas DiLorenzo: Toss Off the GOP-Goldman Elite