The Problem With Socialism

A quarter of a century after the spectacular collapse of socialism in the Soviet empire, a large segment of the “millennial” generation (those born between 1982 and 2004) thinks socialism should be the wave of their future.  A 2016 Pew Foundation poll found that 69 percent of voters under the age of 30 expressed “a willingness to vote for a socialist president,” and a 2015 “YouGov.com” poll revealed that 43 percent of young Americans between 18 had 29 had a “favorable” opinion of socialism” and prefer it to capitalism.  Who says the public schools aren’t teaching the kids anything these days?

A very large segment of the younger generation obviously finds promises of “free” education, health care, and groceries promised by socialist political demagogues like Bernie Sanders and Hillary Clinton to be quite appealing.  Just as obvious is that they are oblivious to the fact that socialism would destroy their economic future, and their children’s future, and strip them of their freedom, just as it has done wherever else it has been imposed.

This is why I have written my latest book, released today, entitled The Problem with Socialism.  My hope is that it will be viewed as a companion to Henry Hazlitt’s classic Economics in One Lesson, and I have tried my best to write it in a similar style (although no one can really match the great Hazlitt).

Following Mises and Hayek, I define “socialism” not just as “government ownership of the means of production.”  As Hayek wrote in the 1976 edition of The Road to Serfdom, “socialism” evolved by that time to also mean government-enforced redistribution of income through the welfare state and the progressive income tax, primarily.  The ostensible end of socialism – income equality – remains the same, but the means have evolved.

In addition, as Mises wrote in his own classic on Socialism, socialists have always employed a dual strategy:  1) nationalize as much private property as possible; and 2) “destruction” or the destruction of as much of the private property/free enterprise society as possible with taxes, regulation, inflation — whatever will work.  Consequently, my sixteen-chapter book covers a lot more topics than just the economic arguments against socialism as pioneered by Mises, Rothbard, Hayek, and others, as seen in the following list of chapters:

1.The Problem with Socialism

2. Why Socialism is Always and Everywhere an Economic Disaster

4. Islands of Socialism: The Follies of Government Enterprise

5. Why “The Worst” Rise to the Top Under Socialism

6. The Socialist Roots of Fascism

7. The Myth of Successful Scandinavian Socialism

8. How Welfare Harms the Poor

9. How Socialized Medicine Kills the Patient and Robs the Taxpayer

15. Is Socialism Really the Best Way to Organize Schools?

16. Socialist Myths and Superstitions about Capitalism.

Parents with college-age children who are concerned about the pervasive, politically correct brainwashing that their children are about to be exposed to should consider having them read The Problem with Socialism along with Economics in One Lesson.  At that point, they will be prepared to become daily readers of mises.org and LewRockwell.com and will at least have a chance of becoming economically-educated citizens and not another generation of dupes and pawns of the state. 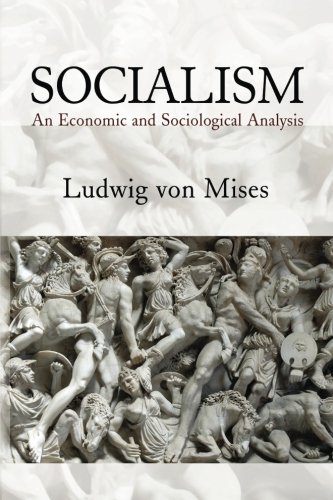 What’s Your Blood Pressure? Prelude to the Great War