The New Immoral Age: How Technology Offers New Ways of Killing People and of Destroying the World

“It turns out … that I’m really good at killing people.”

—We may reasonably believe that an individual, as a self-owner, is morally justified in defending the rights he possesses in himself and in his own property—by force, if necessary, against force (and fraud), but he cannot be justified in using force for any other purpose whatsoever.” 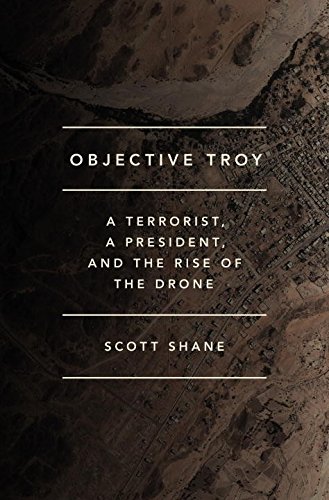 “Nothing that is morally wrong can be politically right.”

“A belligerent state permits itself every such misdeed, every such act of violence, as would disgrace the individual.”

We not only live in the computer and digital age, we also live in a profoundly immoral age, in which the use of violence against people has become easily justifiable, nearly routinely, either for religious, military or security reasons.

Let us recall that the Twentieth Century was the most politically murderous period ever in history. It is estimated that political decisions, mostly made by psychopaths in various governments, resulted in the death of some 262 million people—a democide or political mass murder, according to scholarly works by political scientist Rudolph J. Rummel. It remains to be seen if the Twenty-first Century will regress from this barbarism or exceed it. So far, things do not look too good. Human morality and empathy is not increasing; it is declining fast. And with nuclear weapons in the hands of potential psychopaths, the next big step toward oblivion will not be a cakewalk.

Indeed, a new brand of immorality has permeated into some political minds, according to which what one individual cannot morally do on his own, i.e. cold-blooded murder of another human being, a head of state, a government or a group of public officials can do, in his place. Under what moral code can individuals delegate to governments or public officials authority to do crimes that they themselves cannot do without being immoral? Wouldn’t that be extremely hypocritical and a parody of morality?

According to basic humanitarian or humanist morality, as the Auberon Herbert’s quote above illustrates, what is immoral for one individual does not become moral because one million individuals do it, under the cloak of a government or any other umbrella organization. In other words, a head of state or a government cannot enjoy a wider choice of moral rules than the ones that apply to every individual. The agent (the public person) cannot have looser moral rules than the principal (the people). There cannot be one morality for an individual in private life, and another one for an individual acting within a government.

For example, it is widely accepted under basic moral rules that an individual may only use deadly force in self-defense, when his own life or the lives of his family are threatened. Therefore, the delegated morality to a state by its citizens to use deadly force cannot extend beyond the requirements of self-defense against actual or imminent attack, of the maintenance of order, and of the implementation of justice. Any unprovoked act of deadly aggression, resulting in the untimely and extrajudicial death of people, by a head of state, a government or its officials against other people becomes automatically immoral, if not illegal, notwithstanding in what legal mumbo jumbo such an aggression is couched.

It is true that the current chasm between individual and official morality has been long in developing. When the Roman Emperor Theodosius (347-395), in 380, adopted Christianity as its official state religion, it was difficult to apply Jesus Christ’s pacifist and non-violence admonition that “all they that take the sword shall perish with the sword”. Christian theologians such as Augustine of Hippo (354-430) were thus obliged to develop the argument that moral rules designed for individuals did not necessarily apply to an individual becoming an emperor, a king or a head of state who must administer justice or wage wars. In particular, the Commandment “Thou shall not kill” was redefined to exclude heads of state involved in so-called “just wars”, waged by a ‘legitimate authority’. It was spelled out, however, that such wars could not be pre-emptive, but strictly defensive to restore peace. Otherwise, such a war would become immoral. 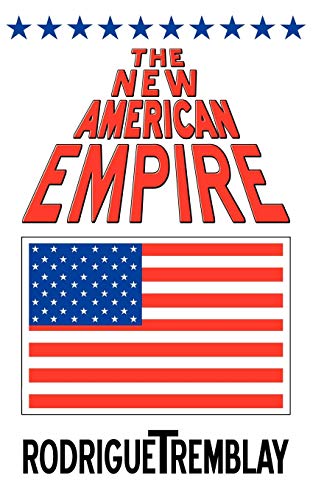 Nowadays, there is a basic public morality inscribed in the United Nations Charter and in the Nuremberg Charter. The latter clearly prohibits crimes against peace, defined as referring to the “planning, preparation, initiation, or waging of wars of aggression”… A war of aggression is defined as is a military conflict waged without the justification of self-defense, usually for territorial gain and subjugation. The U.N. General Assembly adopted these definitions, on December 11, 1946, as part of customary international law. Such was the core of public morality after World War II.

However, over the years, public morality has steadily declined, most recently illustrated in 2003 when U.S. President George W. Bush launched a U.S.-led war of unprovoked aggression against the country of Iraq, assisted by British Prime minister Tony Blair. The latter unnecessary and disastrous war, launched on a mountain of lies, has been thoroughly investigated in the United Kingdom, but hardly at all in the United States, the center of it all.

Therefore, notwithstanding that no serious post-administration inquiry has been carried out in the United States regarding the mischief caused by the George W. Bush-Dick Cheney tandem, at the very least, future historians will have the 12-volume Chilcot Report to assess how some British and American politicians fooled the people, in 2002-2003, and launched a war of aggression against an independent country, with no direct consequences for themselves. 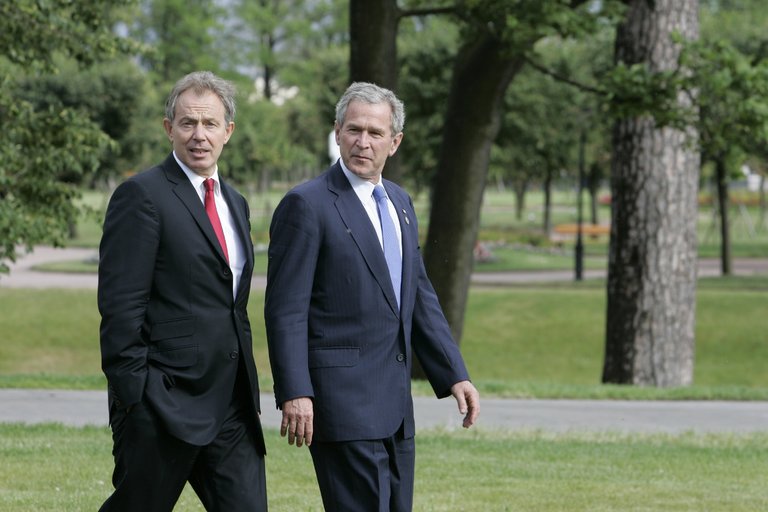 More generally indeed, in the Twenty-first Century, it can be said that killing technology has advanced at the same time as public morality and personal accountability have declined.

In the U.S., for instance, it has long been suspected that the U.S. Central Intelligence Agency (CIA), (a sort of secret government within the government created by President Harry Truman in 1946), was involved in covert illegal activities, especially when it came to sponsoring terrorist death squads in various countries. In 1975, for example, the U.S. Senate established a Select Committee to study governmental operations with respect to illegal intelligence activities, chaired by Senator Frank Church (D-ID). That important committee investigated illegalities by the Central Intelligence Agency (CIA), the National Security Agency (NSA) and the Federal Bureau of Investigation (FBI). 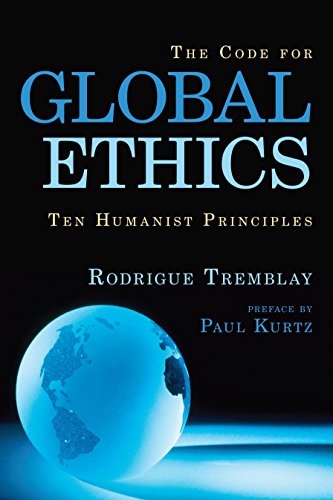 Among the matters investigated were the covert activities of the CIA involving attempts to assassinate foreign leaders and attempts to subvert foreign national governments. Following the reports and under the recommendations and pressure by the Church committee, President Gerald Ford issued Executive Order 11905 (ultimately replaced in 1981 by President Ronald Reagan’s Executive Order 12333) with the express intent to ban U.S. sanctioned assassinations of foreign leaders.

Now, let us move fast forward. The most recent instance of a public official known to have assigned to himself the task of targeting some people, even American citizens, to be assassinated with unmanned drones or other means, without charge and outside of judicial procedures, and without geographic limits, is under President Barack Obama. Indeed, Mr. Obama seems to be the first American president to have institutionalized what is called the “Terror Tuesday” meetings, during which the American president, with the help of the head of the Central Intelligence Agency (CIA), decides about the assassination or the capture of individuals deemed to be enemies of the United States around the world. 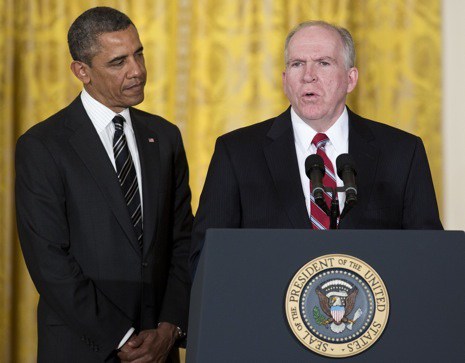 Last July 1st, the Obama administration released its own assessment of the number of civilians assassinated by drone strikes in nations where the U.S. is not officially at war. It claimed it has killed between 64 and 116 “non-combatant” individuals in Pakistan, Yemen, Somalia and Libya, between January 2009 and the end of 2015. However, the London-based Bureau of Investigative Journalism has estimated that as many as 380 to 801 unarmed civilians have been recorded to have been killed with the new technology of unmanned drones.

Drone killing may be the most controversial legacy that President Barack Obama is leaving behind. To my knowledge, this is without precedent in U.S. history, at least at the presidential level, that assassinations of people, including some Americans, are carried outside of the legal framework, under direct supervision of a U.S. lethal president. In a democracy based on checks and balances, this would seem to be an example of executive overreach.

With such an example originating in the White House, it may not be a surprise that an American military officer has recently requested the “authority” to assassinate people without presidential approval, in his geographical area of responsibility, in Africa.

It is very disturbing to empower a government, any government, with the power to execute people without trial or due process. This may be a sign of our times, but this is not what we could call a progress of civilization or of human morality. It seems rather that as killing technology has advanced, and as power has become less constrained, humanitarian morality has badly declined.

It is a sad truth that advances in military technology over time have always been used to kill people. Even the dreadful atom bomb has been used to kill hundreds of thousands people. It is only a matter of time before it could be used again. It would only take one psychopathic madman in power to destroy humanity.

All this immorality permeates into the management of the economy, under the motto “greed is good”. As I assessed at the beginning of this year, the world economy is ripe for a huge awakening. A mixture of wars of aggression and of financial market crashes could shake the world in the coming months.

That is because the people who fan the flames of war are the same ones who are pushing financial markets to their limits and created a huge asset bubble.

Barak Obama’s little-known neocon-inspired goal has been to expand NATO to Russia’s borders and to isolate Russia. This mischievous brinkmanship policy is being played out to the fullest. Indeed, there is presently a suspicious and dangerous buildup of NATO troops at the Russian border, with the obvious intent of provoking Russia into some sort of conflict. These professional warmongers may get their wish and they may soon plunge the world into chaos.

Prof. Rodrigue Tremblay is the author of the book “The Code for Global Ethics, Ten Humanist Principles”, and of “The New American Empire”.