As noted in a 2014 paper on antidepressants and the placebo effect, published in the journal Zeitschrift Fur Psychologie:3

Even the small statistical difference between antidepressants and placebos may be an enhanced placebo effect, due to the fact that most patients and doctors in clinical trials successfully break blind.”

Serotonin Theory Has Been Proven Wrong

Research4,5 published in 2009 added further evidence to the pile indicating the low serotonin idea was incorrect, as they found strong indications that depression actually begins further up in the chain of events in the brain. Essentially, the medications have been focusing on the effect, not the cause. 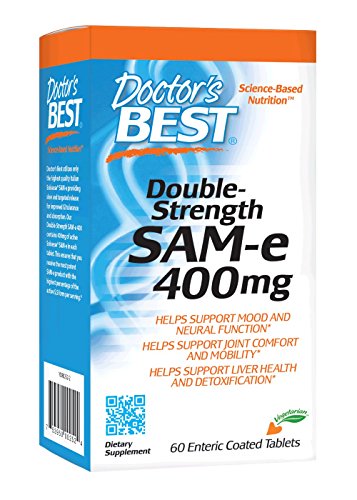 As it turns out, these mental health problems are actually linked to elevated levels of serotonin in the amygdala, not low levels.6,7,8,9 Your amygdala is the seat of primitive emotions such as fear. And the more serotonin produced in this area, the more anxious you feel.

This helps explain why some depressed patients end up feeling more anxious than before when taking a serotonin-boosting antidepressant. As noted in the paper above:

“The serotonin theory is as close as any theory in the history of science to having been proved wrong. Instead of curing depression, popular antidepressants may induce a biological vulnerability making people more likely to become depressed in the future.”

A recent study10 raises even more questions about the effectiveness of antidepressants.

The meta-analysis, published in the American Journal of Psychiatry, found that certain nutritional supplements boosted the effectiveness of several classes of antidepressants, including SSRIs, serotonin-norepinephrine reuptake inhibitors (SNRIs) and tricyclic antidepressants.

A total of 40 clinical trials were included in the review, and four supplements — fish oil, vitamin D, methylfolate (an effective form of folic acid), and S-Adenosylmethionine (SAMe) — were found to boost the impact of the medication when compared to medication only.

Fish oil — specifically the fat EPA — produced the most significant improvement. Studies investigating the use of creatine, zinc, vitamin C, tryptophan (an amino acid), and folic acid (B9) produced mixed results. As reported by Scientific American:11

“By some estimates, two-thirds don’t respond to the first antidepressant they try and a third fail to get better after several treatment attempts.

‘The implications are that clinicians and the public can consider [adding] therapeutic doses of nutrients such as omega-3s as a potential low-cost approach to reducing depression in people who are non-responsive to antidepressants,’ (lead author Jerome Sarris) says.”

Could Supplements Alone Be Responsible for Improvements? 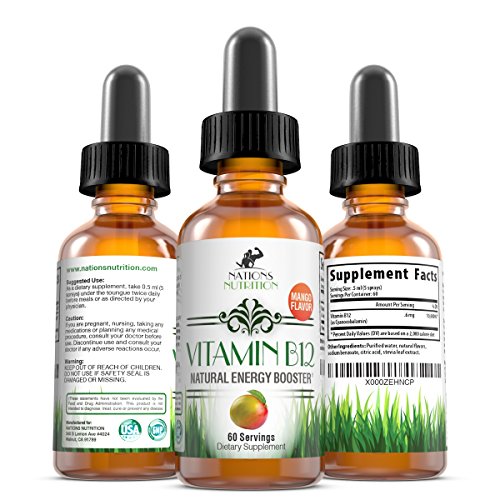 According to the authors, “more patients in the studies showed an improvement in mood when prescribed omega-3 fish oil, methylfolate, vitamin D and SAMe supplements in combination with antidepressant medication, compared to those who took medication only.”12

What’s really missing here is a comparison between supplements only, medication only, and a combination of both.

Considering the fact that antidepressants have been proven to be no better than placebo, and can worsen depression in some people, perhaps patients would experience the same or even better results just by taking the supplement, without the drug.

If that’s indeed the case, then why risk your health by taking an antidepressant? In fact, other studies have shown that both omega-3 and vitamin D can help improve mental health all on their own.

One likely theory as to why they work is because these supplements help combat inflammation and oxidative stress, not only in your brain but also in your gut.

Chronic low-grade inflammation is a significant contributing factor to all of these, leading researchers to suggest that “depression may be a neuropsychiatric manifestation of a chronic inflammatory syndrome,” and that the primary cause of inflammation may be dysfunction of the gut-brain axis.13

An increasing number of clinical studies have indeed confirmed that treating gastrointestinal inflammation with probiotics, omega-3, and vitamins B and D can improve symptoms of depression by attenuating pro-inflammatory stimuli to your brain that originate in your gut.14

The Importance of Omega-3

Many Americans’ diets are lacking in healthy fats, including the animal-based omega-3 fats EPA (eicosapentaenoic acid) and DHA (docosahexaenoic acid). Although omega-3s are most well known for their role in heart health, they also play an integral role in brain health and mental health.

The 2001 book, “The Omega-3 Connection,” written by Harvard psychiatrist Dr. Andrew Stoll, was among the first works to bring attention to, and support the use of, omega-3 fats for depression.

There is no set recommended standard dose of omega-3 fats, but some health organizations recommend a daily dose of 250 to 500 milligrams (mg) of EPA and DHA for healthy adults. If you suffer from depression, higher doses may be called for.

In one study,15 an omega-3 supplement with a dose range of 200 to 2,200 mg of EPA per day was effective against primary depression. Omega-3 has also been shown to improve more serious mental disorders, including schizophrenia, psychosis, and bipolar disorder.16

Making sure you’re getting enough omega-3 in your diet, either from wild Alaskan salmon, sardines and anchovies, or a high-quality omega-3 supplement like krill oil is, I believe, absolutely crucial for optimal health, including brain health, so it doesn’t surprise me in the least that it was found to be the most effective addition against depression.

Vitamin D receptors appear in a wide variety of brain tissue early in the fetal development, and activated vitamin D receptors increase nerve growth in your brain. Researchers believe that optimal vitamin D levels may enhance the amount of important chemicals in your brain and protect brain cells by increasing the effectiveness of the glial cells in nursing damaged neurons back to health. As noted by the Vitamin D Council:17

Regardless of the exact mechanism, a number of studies have linked low vitamin D to depression, including the following:

Other Supplements and Habits Shown to Lessen Depressive Symptoms

SAMe is an amino acid derivative that occurs naturally in all cells. It plays a role in many biological reactions by transferring its methyl group to DNA, proteins, phospholipids and biogenic amines. Several scientific studies indicate that SAMe may be useful in the treatment of depression.

5-Hydroxytryptophan (5-HTP) is another natural alternative to traditional antidepressants. When your body sets about manufacturing serotonin, it first makes 5-HTP. Taking 5-HTP as a supplement may raise serotonin levels.

The evidence suggests 5-HTP outperforms a placebo when it comes to alleviating depression24 — more than can be said about antidepressants! However, keep in mind that anxiety and social phobias can worsen with higher levels of serotonin, so it may be contraindicated if your anxiety is already high. St. John’s Wort has also been shown to provide relief from mild depressive symptoms.

While the featured study found some benefit from methylfolate, vitamin B12 deficiency can also contribute to depression, and affects about 1 in 4 people. If you’re curious about methylfolate read through this quick summary of its side effects.25 Vitamin B12, on the other hand, is sorely needed by many, and if you’re deficient, may help lessen symptoms of depression. Additionally to the best of my knowledge there have never been any overdoses of vitamin B12. It’s incredibly safe.

Many also suffer from “exercise deficiency,” and exercise is one of the most potent anti-depressants at your disposal. Research has confirmed it actually outperforms drug treatment. It’s also a key treatment strategy for anxiety disorders.

Exercise primarily works by helping to normalize your insulin levels while simultaneously boosting “feel good” hormones in your brain. But researchers have also recently discovered that exercise helps your body eliminate kynurenine, a harmful protein associated with depression.26 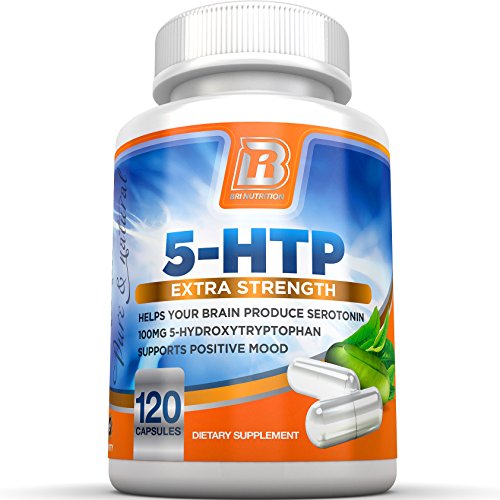 And, confirming the link between inflammation and depression, your body metabolizes kynurenine in the first place via a process that is activated by stress and inflammatory factors. Additionally, exercise increases BDNF (brain-derived neurotropic factor) and is a powerful activator of mitochondrial biogenesis.

Key Factors to Overcoming Depression and Anxiety Without Drugs

It’s important to realize that your diet and general lifestyle are foundational factors that must be optimized if you want to resolve mental health problems such as depression or anxiety, because your body and mind are so closely interrelated. For example, while many think of their brain as the organ in charge of their mental health, your gut may actually play a far more significant role.

The drug treatments available today for depression fail miserably in addressing people’s mental health problems. While adding one or more supplements to the treatment protocol is a step in the right direction, it still falls short, as the side effects of these drugs can be worse than the original complaint, running the gamut from sexual side effects to lack of emotions or “emotional flatness,” restlessness, sleep disturbances, brain damage, and even to suicide and homicide.

Antidepressants can also result in chronic, long-term, and worsening depression, so ideally, you’ll want to avoid them unless absolutely necessary.

Since antidepressants are on par with placebo in terms of effectiveness, wouldn’t it make sense to try something else first? Your diet is an obvious place to start. Research tells us that the composition of your gut flora not only affects your physical health, but also has a significant impact on your brain function and mental state, and your gut microbiome can be quickly impacted by dietary changes — for better or worse.

Research has also revealed there are a number of other safe effective ways to address depression that do not involve hazardous drugs. So, if you suffer from an anxiety or depression-related disorder, please consider addressing the following diet and lifestyle factors before you resort to drugs: