Driving through France recently, we stopped for the night in the small town of Loudun. It had that complete, and to me pleasing or even consolatory, deadness common to many small French towns, where there seems to be no activity at all, nothing ever happens except on the tiniest scale, and all dramas are strictly private. There were a few desultory drinkers in the bar in Loudun, but that was all. Otherwise, the shutters were closed and nobody was about.

The quietness of a town at night has a special quality, which is more than the mere absence of sound, and it acts like a balm to the soul. During the Second World War, there was a British poster asking travelers whether the journey they were making was really necessary, nonessential travel supposedly detracting from the business of war; a French provincial town at night asks you, implicitly, whether what you are doing is really necessary. And the answer is almost invariably “No.” 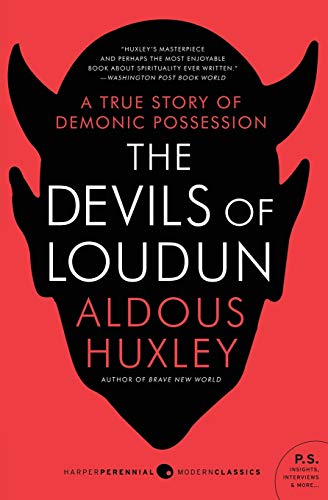 Loudun is mainly famous, at least in the English-speaking world, for the book that Aldous Huxley wrote about an outbreak of mass hysteria in the 17th century (allegedly “possession” occasioned by the black magic of the local priest Urbain Grandier, who was executed) among nuns in an Ursuline convent there, called The Devils of Loudun. The book was the basis of a film made by Ken Russell, whose work was principally notable for its coarse and surrealistic debauchery. If Russell had made a film of the life of Queen Victoria or Mother Teresa, it would have been full of orgies.

As you drive through France it appears to be a country at perfect peace; and yet, at the very time I was remarking on this enviable state of affairs, a few hundred demonstrators against a projected law to liberalize very slightly the French labor market, wearing balaclavas and gas masks, were smashing windows in Paris, including those of a children’s hospital. The riot police fired tear gas; the prime minister fulminated against the demonstrators. The unrest over the projected law had by then lasted three weeks, and those opposed to it have vowed to continue their strikes and demonstrations until it is withdrawn.

Previous article by Theodore Dalrymple: The Decline of the West