The Fundamental Fact of This Election: Trump Is Howard Beale

Let us go back forty years. Here is one of the greatest scenes in the history of the movies.

Howard Beale is the presumptive Republican candidate for President of the United States.

Meanwhile, across the Atlantic, polls indicate that a majority of British voters are going to vote to pull out of the European Union on June 23.

The international establishment is facing a two-front war. The Atlantic alliance is in visible disarray. This has not happened before. This is truly historic. 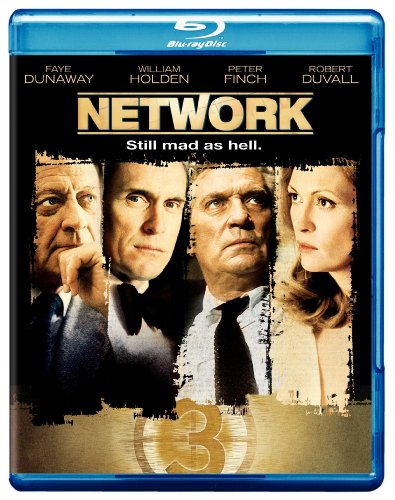 On June 14, I wrote about the refusal of Obama and Clinton to use the word “Islamic” in conjunction with “terrorism.” Trump had called out Obama on this before Obama’s speech decrying the Orlando attack. Then Obama followed Trump’s script to the letter. He spoke of terrorism, but not Islamic terrorism, just as Trump had predicted. Obama is nothing if not a knee-jerk, far-Left liberal.

No one knew that the murderer was conflicted: a homosexual Muslim terrorist. I must admit that Obama would have sounded silly complaining about “pink radical jihadist Islamic terrorism.” But none of us knew this when Obama gave his speech.

Score a major hit for Trump, rhetorically speaking. He understands Obama, who has spent seven years playing kissy-face with Saudi Arabia. Obama’s treatment of Netanyahu in 2010 was unprecedented in this regard. He walked out on him to have a meal with Mrs. O. No President had ever done anything like this with any head of state, let alone the State of Israel’s.

Anti-Obama voters are aware of his “don’t upset the Saudis” stance. Trump knows this. He may not know the connections linking Saudi oil money, Wahhabi Islam, and terrorism, but he gets the general picture. Obama does know, and he has remained silent. For him, terrorism has no qualifying adjective.

Clinton finally was forced to say the words “radical” and “Islamic.” She had been blindsided by Trump’s attack on the President. She looked as weak as Obama. She thereby played “me, too” with Trump — always a losing proposition in marketing.

Trump had called them out. They responded. There was coordination between Clinton and Obama. Chuck Todd had it exactly right. The two gave speeches with the same phrases at the same time.

Living High on the Government HogThere’s Only One Human Right