A young friend, who writes brilliantly on Kant und Heidegger, sent me a commentary “In Defense of the Tribe,” which had just been posted on NRO .The author of this piece, Brian Stewart, states that human happiness is most fully achieved where some kind of “tribal life is maintained.” Stewart cites a World Happiness Report, 2016 Update, and a book On Homecoming and Belonging, by New York Times journalist Sebastian Junger, both of which indicate that where human beings are integrated into a community they feel physically safe and emotionally content. According to my correspondent, Stewart’s remarks could have a “subversive effect” in a publication that prides itself on its global democratic ideology and its liberal internationalist foreign policy.  Apparently Stewart is defending at least indirectly the paleoconservative view that national communities have a right and possibly a duty to preserve themselves. He also seems to be questioning an idea that is congenial to most of the NR-editorial staff, that the present pluralistic or multicultural model of government that now exists in the US should be forced on other countries as the only valid form of political life. 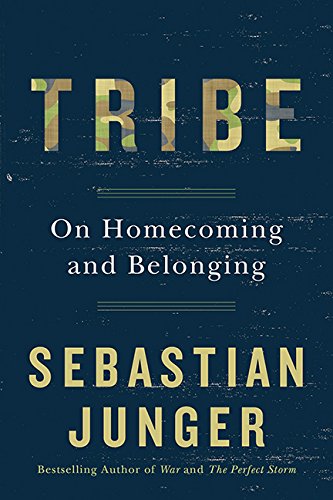 After reading Stewart’s supposedly subversive article, I have to conclude that NR’s editors were not hurting themselves by posting it. The only country whose tribal solidarity Stewart praises is (would you guess it?) Israel. In that especially blessed land the people, according to the Report cited, revel in their organic community and stand together against a common enemy as one nation. Reading this description of Israel, one is reminded of those graphic invocations of the ancient Greek polis found in Aristotle and Xenophon. Would Jonah Goldberg, Rich Lowry or whoever else is momentarily running NRO extol the virtue of national community for Slavs, Germans, Frenchmen, or Englishmen? That, of course, would never happen on NR’s website. And, by the way, when was the last time that NR cited approvingly John Jay’s comments in Federalist Two about the blessings enjoyed by the infant American republic, owing to its inhabitants’ shared ancestry and religion?

Apparently tribal community is good for some folks but clearly not others. What NR regards as good for one country in the Middle East it might consider toxic for European goyim. The neocon media leaned conspicuously toward Alexander Van Bellen, the now victorious Green candidate for the Austrian presidency, against his “far-rightist” opponent Norbert Hofer. Fox news reporters breathed a collective sigh of relief when Van Bellen squeaked through with a narrow victory. This “would ease the scenario that the Austrian political landscape could move away from its EU-friendly image” and thereby end Austria’s “political stability.”  The candidate of Austria’s Freedom Party was accused of a form of rightist extremism that made him unwilling to allow more Muslim migrants to enter his culturally and physically threatened country. No doubt a political leader in Israel who held Norbert Hofer’s views on further Muslim immigration would be earning high grades from Fox news.

Moreover, it is quite possible to defend tribal exceptionalism for Israel (neocons and their beneficiaries do so all the time) without having to extend the same rule to Western countries. A few years ago when a Fox-news luminary suggested that “ethnic profiling” may not be a bad thing to do at American airports  since the Israelis engage in this practice, the dean of neocon commentators Charles Krauthammer reported: “But the Israelis don’t have our history of slavery and segregation!” This answer immediately shuts up the impudent upstart who had the temerity to intimate that what the Israelis do in flouting PC sensitivities might be tried by American Christians. 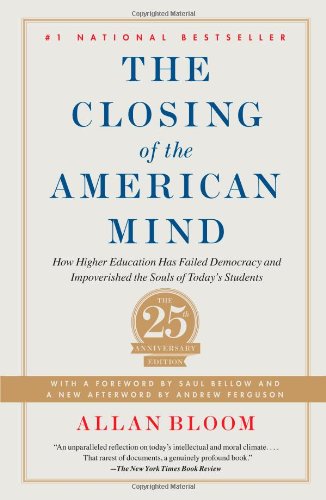 Moreover, a serious discussion of the American idea as presented by neoconservatives, and most prominently by Allan Bloom in The Closing of the American Mind, would reveal that the US was supposedly set up to exemplify a “proposition.” That proposition can be reduced to the formula that everyone on the planet should be viewed as equal; and just about everyone should be eligible for American citizenship, providing that he or she embraces the neoconservative notion of democratic equality. In a hard-hitting analysis of neoconservatism, Michael Lind observes that the foreign policy adviser to George W. Bush, Douglas Feith, was fond of contrasting America’s “fluid” identity to Israel’s entirely appropriate character as an ethnic state.

Feith had no problem justifying this difference and wished to see the US and Israel continue to exist according to their radically different founding principles. One may view this defense of the idea that the US and Israel function according to contrasting principles as illustrative of a widespread mindset on the pseudo-Right. It is certainly the view that one encounters among “conservative” superstars and among those who run the enterprise founded by Bill Buckley. Because of this established position, I do not share my friend’s hope that Brian Stewart’s comments on tribal identity may signal a turn-about in the world view associated with NRO. Stewart’s sympathetic discussion of Jewish tribalism can coexist in the minds of “conservative” Dittoheads with an equally strong view of America as a crusading global democracy. The need to make room for an Israeli exception never seems to bother those “conservatives” who call for a post-ethnic pluralistic democracy in other countries.

For the record: I do not oppose the right of Israel to exist as an ethnic state and to defend itself against foreign and domestic enemies. But I also believe that European gentiles have the same right as other groups to maintain their historic national identity and to decide their immigration policies accordingly. I also believe the US can protect its borders without having to be an ideological missionary. American internal safety does not depend on converting the entire planet to our latest authorized version of pluralistic democracy.

Previous article by Paul Gottfried: Is This Neocon Right About Fascism?