The Government Just Takes a Guess and Pulls the Trigger

I thought I’d seen it all as far as government stupidity until I started seeing headlines in the newspaper here in Tucson that read: “Another Bighorn Sheep Killed”. At first, I thought this was poachers. But, no, it was mountain lions doing what they do, which is kill animals to eat them. Yet, here goes the newspaper reporting this like it’s a murder and not what it really was, which is Nature’s version of a take-out dinner. Excuse me, but why is a mountain lion eating dinner a front-page story?

I’ll tell you why. The Arizona Game and Fish Department, in their infinite wisdom, introduced the endangered bighorn mountain sheep into mountains near Tucson. Of course, and you already guessed this, these mountains are also home to quite a sizeable population of mountain lions. Gee, Wally, I guess that’s why they call them MOUNTAIN lions, huh? So, obviously, the lions are preying upon the sheep because, hey, everyone loves mutton, what? But guess what the “solution” to this so-called problem is from the esteemed wildlife biologists in charge of this program? Right. Get up hunting parties and kill the mountain lions. Which, by the way, were also endangered species a few decades ago. Gosh, Eddie, that sure is a swell idea.

This is a textbook-perfect example of how the government thinks. Mountain lions were once endangered. But now we’re introducing these other endangered animals, the mountain sheep. Now, we should be able to tell that since “mountain” is the name of both these animals, the chances they’ll run up on one another is statistically high. But, no, let us go forth and do this anyway. Therefore, the government does this and is surprised when Nature works as created and the lions eat the sheep. They probably didn’t get the email telling them to refrain from eating the sheep and eat tofu instead. The lions, however, ignored this and stayed on the Atkins Diet. Because of this, the government decides it needs to begin the War On Lions and eliminate the lions to save the sheep. And when the sheep overpopulate as a result, probably need to bring in lions to kill the sheep. Gee, that sure is a brilliant idea. Isn’t science smart?

See, the government does this from every level from city to federal because they seem to think they have these god-like powers just because they can tax, kill, and jail with impunity. However, Nature stymies the government as seen with the mountain lions. Nature refuses to pay taxes, submit to the government, or obey government policies. Now, the government would have us believe Nature is “survival of the strongest” because that thinking justifies militarism and war. But Nature actually isn’t that way at all. Nature isn’t about domination and conquering. It’s about eating and sex. Really?! Yes. Nature revolves around eating and propagation of the species. Nature is not a series of wars, but a series of transactions, covenants, and contracts. Nature is not a battlefield, but a bazaar, coffeehouse, and public commons. Things kill to eat so they can live long enough to propagate their species. The government cannot accept that because then the entire premise behind their policies and wars is proven false if there is no tangible reason behind them.

Understand this, also. When the bighorn sheep project was being stymied by Nature, the government brought in the only predators able to defeat the lions: Man. They hired human hunters to go out and shoot those lions. This all

sounds strangely familiar. Does this not sound like what’s going on in Syria right now? I mean, it appears to me that the U.S. government got into this “foreign government management” project over there. Suddenly, these ISIS predators show up, yet, they were there all along. They were probably a protected species by the U.S. government in the beginning. But now they were out of hand and threatening the entire “democracy introduction plan”. So they’ve had to bring in some bigger predators, that is, the Pentagon, to try and eliminate the ISIS predators. Except this is not the same as human hunter versus mountain lion. This is human predator versus human predator. And like “survival of the strongest” is not actually how Nature works, that rule applies also to humanity because guess what? We are also part of Nature. Being stronger does not guarantee dominance. The strongest man can be felled by a microbe he cannot even see. Fleas and microbes nearly wiped out Europe during the Black Death.

The Shi’ite militias in Iraq said the other day in a news article that they do not trust the United States government. Those militias have been raiding far too many ISIS supply depots to find U.S.-supplied uniforms, MREs and other foodstuffs, ammunition, and weapons. I suspect this entire thing is a carbon-copy of the way state governments try to manage wildlife. I suspect the feds think human beings and governments can be micromanaged the same way. The parallels are just too similar. They “introduce” a terrorist cell into a country and call them freedom fighters. They protect that species. Then when they try and introduce another species, that being the so-called “moderates”, the previous species preys upon them or starts killing livestock (that being the people of the Western nations.) Therefore, the government wants to bring in those government contract hunters to get rid of the predators. The problem with that is, again, Nature does not work that way. And since we seem to think we’re no longer a part of the natural world, we forget that and march blindly into another war. A war we are not guaranteed 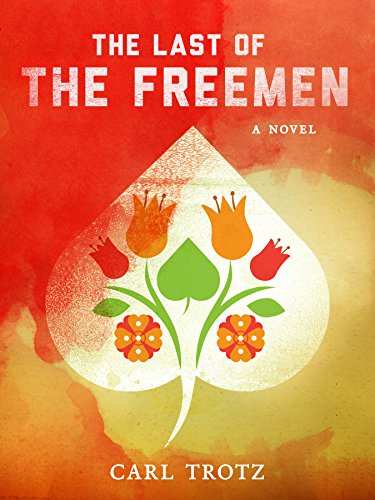 success in because we’re technically stronger. Stronger doesn’t mean much in Nature where two microbes can enter into a transaction to create E. Coli 017:57 and defeat man. A launch crew sitting in a Minuteman 3 ICBM silo could eat an undercooked hamburger and be defeated. Stronger how?

We’ve given Bashar al-Assad until August 1st to step down or the United States says it will have to act to end the Syrian Civil War. Well, the U.S. government basically started it, so I guess they ought to end it, too. However, the lessons of the mountain lions tell us things probably will not go according to plan. No, I bet another U.S. invasion over there will rally everyone to eject the foreign interlopers. Rather like white blood cells act to destroy and eject invading pathogens in a body under attack by them. Once more, Nature teaches, but the U.S. government refuses to learn.

The thing is, when government game bureaucrats kill mountain lions, the lions cannot understand why they’re being shot. This is a futile gesture because you can’t even know this is the lion preying on the sheep. You just took a guess and pulled the trigger. I would say that’s exactly how the United States foreign policy is based: They just take a guess and pull the trigger.

Previous article by Jack Perry: Why Worry About the Drug War’s Junkies?