Labor Unions and the Minimum Wage: "We Got Ours -- Screw You."

Fred Reed wrote a gem of a rhetorical essay, “Capitalism and the Minimum Wage: ‘I Got Mine, Screw You.'” I was so impressed that I stole it, almost word for word, changing only “capitalism” to “trade unionism.”

Reed is a master of rhetoric. When his logic is sound, he is devastating — a model.

The problem comes in this case from his focus on producers: capitalists. This is mercantilist. The free market focuses on consumers. Why? Because they own the most marketable commodity: money. This point was made by Carl Menger in his final essay on economics in 1892. Ludwig von Mises wrote The Theory of Money and Credit (1912) in terms of this principle. 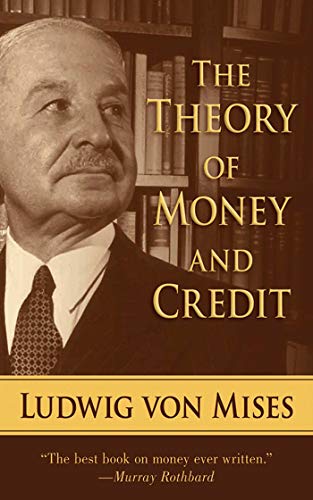 Customers drive the process. They are self-centered. They ask “What’s in it for me?” They ask: “What have you done for me lately?”

When it comes to ruthlessness, I can do no better than to quote Pogo Possum: “We have met the enemy, and he is us.”

He asks us to follow the money. This is correct. But we must follow it all the way back to its source: consumers.

* * * * * * * * * * * * * * * * * * * *
To understand the arguments of labor union economist in favor of the minimum wage, follow the money. In all the thickets of pious reasoning about the merits of trade unionism and economic justice, and of collective bargaining, and of allowing this marvelous mechanism to work its magic, and of what Walter Reuther said, the key is the dollar. The rest is fraud. Carefully ignored is the question that will be crucial in coming decades: What to do about an ever-increasing number of union members for whom there is no work.

There is of course much hypocrisy in the theoretical edifice. For example, unions argue that the minimum wage constitutes a morally necessary interference by the government in the conduct of business–meanwhile sending armies of lobbyists to Washington to make the government ignore laws against union cartels. In fact, unions have no objection to federal refusal to enforce the law. They just want it to be laissez-faire such that it puts more money in their pockets. Nothing more. Ever.

In like fashion they say that they want to protect the worker’s freedom to associate–yes, his freedom, such is the union’s benevolence, the worker’s freedom of association–to keep non-union members from selling their labor at a mutually agreed price. Curiously, in practice, this means the union’s freedom to push wages as close to business bankruptcy as it can get away with. This miraculous congruence of high principle with high wages for union members is among the wonders of the universe.

In every case, without exception, the labor union official’s high principles will lead to more in his pocket. He will be for a minimum wage because he says, it encourages inner city young blacks to stay in school and earn a diploma. You can just tell he is deeply concerned about young blacks. He probably wakes up in the middle of the night, worrying about them. He doesn’t, however, let any of them in the union. Purely incidentally, having a minimum wage saves him . . . competition from scabs. And if he were truly concerned about young blacks, might he not express this concern by letting them into the union, so they can earn a living wage after graduation?

The quest for above-market wages has perhaps caused less misery than war–itself a most profitable business, war–but it is neck and neck. Union leaders used goon squads to keep businesses from hiring anyone who offered to work at a market wage, with disastrous results continuing to this day. Labor union leaders discourage legal immigration from the Latin lands so as to limit market-wage labor. They call for tariffs and quotas against imports that make it possible for poor people to have cheap goods. And now they warn against technologies to produce cheap goods . . . robots.

An Ancient European CityRipping the Mask Off the Establishment