The Benefits of Global Warming

Those with ambitions for power over their fellow humans continue to speak of the threats of “climate change” and “global warming” as though they were expressing revealed truths. Religious dogmas can find their roots in scientific as well as theological thinking. Questioning either the “intelligent design” or “big bang” explanations for the origins of the universe can evoke angry responses from true-believers on either side of the issue. In the case of the High-Church Warmingists, a verifiable fact (i.e., increased temperature) is merged with an empirically unfounded assertion (i.e., human activity is the causal explanation) to provide true believers the rationale for their rule over mankind. Those who deny this article of faith are targeted for dismissal in academia and even televised weather shows.

I grew up in a Midwestern city that had been the southernmost reach of the glacier that once spread across most of North America. In my undergraduate years, the courses of study from which I learned the most were in geology. Among the many insights that contributed to my understanding was the knowledge that the Earth had undergone many fluctuations and variations in temperatures, plate tectonics, magnetic shifts, and numerous climate changes. It is difficult for intelligent minds to take seriously the idea that the extinction of dinosaurs in Antarctica was occasioned by pre-human beings driving SUVs or using aerosol sprays!

A much more personal awareness of my connection to mankind’s history on this planet began when I contemplated how many direct ancestors (i.e., parents, grandparents, great-grandparents, etc.) I had in the past two-thousand years. My calculation excluded siblings, cousins, aunts and uncles, nephews and nieces, and other relatives who were not part of the “but for” explanation for my existence. Two-thousand years is but a tiny fraction of the hundreds of thousands (or more) of years during which humans have existed. Using roughly thirty years per generation, I played out the mathematics of my genealogy (i.e., two to the sixty-seventh power) and came up with this number of direct ancestors I had in so short a period of time: 147,573,952,589,676,412,928 individuals – the same number you had during this period.

This number represents some ten to twelve billion times the estimated number of humans ever to have lived on this planet. Math, alone, confirms what being members of the same species already tells us: we are all related to one another.

I recently had an even more powerful experience that confirms my ancestral connectedness to humanity. One of my daughters gave me a Christmas gift that allowed me to participate in a project that traced my distant ancestry through my DNA. A number of weeks after submitting a sample through which my DNA could be identified, I was informed of the routes taken by my ancient ancestors beginning some 50,000 to 60,000 years ago. From Africa to Asia, to the Balkans and Central Europe, and then, during the Great Ice Age, to the Iberian peninsula.

Because of the great sheet of ice that covered so much of the planet – and Europe in particular – this branch of my ancestry was confined, for thousands of years, to territory that we now call Spain. Upon learning of this, I was reminded of the ancient Cave of Altamaria, in northern Spain, upon whose walls can be found a variety of paintings of animals and humans. These walls also contain hand-prints placed there by some of the earliest of humans.

These handprints have long held a fascination for me. They have suggested a kind of spirituality – the kind that goes beyond religious doctrines – that we struggle so hard to express: a need for transcending our individual experiences, and to connect up with others and the rest of the universe. Religions; the sciences; poetry; our motivations for fame, success, even power; creativity; and so many other forms of human motivation, are underlain by this need.

The hand-prints that reach out in this cave from 15,000 to 20,000 years ago contain what may be the most powerful spiritual expression of our individuality: “I was here!” Were these people being driven by the same inner life-forces that cause people to make great discoveries, to invent, to compose music, to create and operate businesses, to design beautiful buildings, to produce statuary and paintings, to write novels that help us find meaning and motivations in the conditions of human existence? When I write my books and articles – for which Gutenberg’s invention provided me a far-reaching medium – am I saying anything more than what my Altamira ancestors were saying with their hand-prints: “I was here”?

Such thoughts have meant more to my inner sense of being than does the mathematics that quantifies my relationships with these great-great-great-great-to-the-nth-power-grandparents. The names and faces of these people are unknown to me; only their hand-prints provide visual evidence of their existence. But they did provide me with their connection to my life: a shared DNA reminds me that, but for them, I would likely have had no life.

My understanding of the geologic history of our shared planet informs me that “global warming” – causing the retreat of the great sheet of ice that engulfed so much land – allowed for the expansion of territory and opportunities for the well-being of my ancestors. I doubt that there were any well-heeled, power-hungry Al Gores of their time warning them of the dangers inherent in the carbon footprints of their neighbors who sought a broader expression of living as human beings.

I also doubt that my ancestors regarded the warming of the planet as a threat. If they had the benefits of an understanding of the Earth’s inconstancy and variability, they may likely have regarded the ensuing warming of the planet as just another period of change that might prove life-enhancing. I suspect that they would not have defended the restricting ice as a desired status quo condition to be protected from human action.

Implicit in the Warmingist theology is the arrogant assumption that there is some objectively “correct” temperature at which the Earth “should” function. Can such a position be sustained by any evidentiary criteria, or is it but another instance of the arbitrariness of standards announced by those who insist on controlling their neighbors? Addressing the question from a biological perspective, Brother Mencken asks: “Who will argue that 98.6 Fahrenheit is the right temperature for man? As for me, I decline to do it. It may be that we are all actually freezing, hence the pervading stupidity of mankind.”

In my ancestral hand-prints and my writings, I find a shared “I was here” message that celebrates – rather than condemns – what it means to be human. To simplistic minds challenged by the uncertainties, complexities, and inconstancies of life, the enjoyment of power over others will be regarded as necessary for stabilizing their world.

To reinforce the listing of the cardinal sins they wish to control or punish, the Warmingists remind us that our actions have consequences. As a general proposition, they are correct. Helping students become aware of this truth 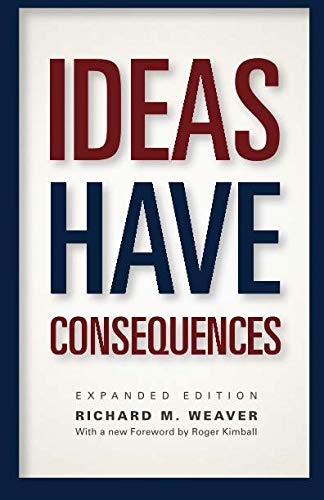 was a core principle of what used to be celebrated as a “liberal arts” education. But in an age in which politically correct ideologies have so infected academic life, the tools with which the Warmingists operate tend to be quite superficial. Richard Weaver’s classic work, Ideas Have Consequences, extended the principle into the realms of philosophy and ideology. At a time when socialists and other central planners ask us to substitute their illusions for the informal and spontaneous orders that sustain us, it is timely to recall the consequences of political systems and programs that did so much to destroy the lives of so many. The Soviet Union, Maoist China, Nazi Germany, and the present difficulties now being experienced by people in Venezuela, provide some of the most familiar examples of the consequences of empowering a few to dominate and rule the many by force.

The global warming that melted the great ice sheet that confined my Iberian ancestors, allowed them to move into other regions in Europe, thus enhancing their opportunities for living well. Perhaps there is a lesson for us all in this example. Will “global warming” have consequences? Of course, it will, just as did earlier periods of “global cooling.” If the planet is a living system – as I believe it to be – then we should accept fluctuation and variation as expressions of what it means to be alive.

As with my ancient ancestors, our mutual descendants may benefit from global warming. Just as central Europe and Scandinavia became available for earlier expansions of life, our posterity may find heretofore frozen territories becoming available to them. Perhaps such places as Greenland, Siberia, and Antarctica might become sites for human beings to live well. Who can effectively argue with such a possibility?

Are you a Mosquito Magnet? Just Get Over It, Girls