What Are the Sheeple To Do, Spend or Save?

OK, Americans, be good citizens and save/spend your money, which is it?

There is a mixed message Americans are getting from financial news sources when it comes to spending or saving.

Here are examples of the disparate messages Americans get about saving or spending money:

Americans are savers now. It’s a problem for the economy.  – CNN Money 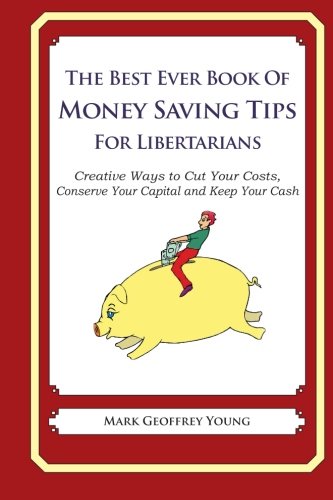 Why Don’t Americans Save More Money?  – The Atlantic

The economy’s real drag: Us.  The surge in saving is the real drag on the economy. –The Washington Post

One report calls an increase in savings “the single-biggest risk to the US economy.” [Business Insider]

On one hand Americans are supposed to save more to make up for the pooled trillions-of-dollars shortfall in retirement plans.  Savings rates have declined.  The savings rate in 2012 ranged from 7.1% to 11.0% but is now about 5.4%. [Personal Savings Rates]

But with interest rates on saved money no greater than 1.1% [Bankrate.com] and a target rate of inflation of 2.2% and a real inflation rate, depending on different sources, of 3.0% [Arnott & Wu at Mauldin Economics] or 5.3% [ShadowStats.com], savers end up providing near-free capitalization for banks and lose big over time.  A 3% inflation rate compounded since 1995 results in a 20% loss of purchasing power says economist John Mauldin.  No, your money certainly won’t be enough upon retirement with inflationary erosion like that.

Despite inflation that exceeds the rate of return on saved money, “personal savings are the foundation for a stable financial future,” inexplicably says Susan C. Keating, president and CEO of the National Foundation for Credit Counseling.

A female financial writer at Marketwatch.com says she is saving more because of “uncertainty about the future,” with no consideration for the fact her money is going down the drain when inflation is factored in.  She seems to feel a typical wage earner could buy a home, fund education for her children and have enough for health care and retirement via savings.  That just isn’t so without building mountains of debt.  Should this writer even be offering advice to others?  [MarketWatch.com]

Yet Americans being ridiculed for not saving enough.

Economists express exasperation in coaxing Americans to save. A report published in The Atlantic went so far as to say: “Maybe the only way to make people richer, in the long run, is to take their money away from them.” [The Atlantic]

But Americans must spend, not save 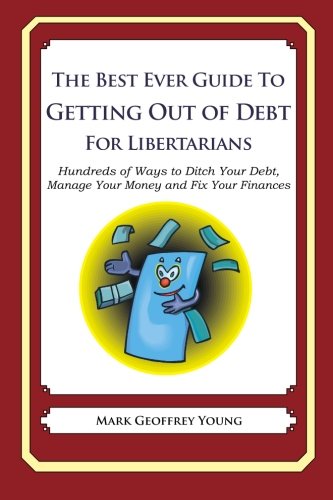 On the other hand, Americans are urged to spend more to help out the failing U.S. economy.

Financial news sources say U.S. households are opting to save instead of spend, even though they’re benefiting from a better job market and cheaper gas prices. [Bloomberg News]

Robert Reich, the former Secretary of Labor, says: “The problem is consumers, who are 70 percent of the economy, can’t and won’t buy.” [RobertReich.org]

The message is clear: if you want to help the U.S. economy get out there and consume!

The Federal Reserve is even pondering the use of negative interest rates to prompt banks to lend and consumers to spend rather than save. [Wall Street Journal]

What are Americans spending their money on then?

Where are Americans directing their savings, said to be $540 billion in 2015, realized by lower gasoline prices?  [CNN Money]

According to CardHub, credit card debt accumulation in 2015 increased 146 percent from the third quarter to fourth quarter 2015, or $21.3 billion to $52.4 billion, respectively, according to the report.  [ACA International]  So as a whole, Americans aren’t paying off their credit cards.

Has Obamacare swallowed up the money saved by a reduction in gasoline prices?   Maybe.  One report shows Americans didn’t hit Macy’s or JC Penney or even Amazon.com with their savings at the gas pump.  A significant percentage of the savings on fuel were directed towards the healthcare sector. [Business Insider]

The mistaken claim is that the consumer economy represents 70% of the American economy and therefore consumer spending controls the economy.

As corrective article in the National Review said:

Lots of that so-called consumer spending is in fact government spending; Medicare and Medicaid, for instance, are lumped in there, as is most health-care spending, which amounts to, oh, $2 trillion a year, which might tend to throw the consumer-spending numbers off a bit. Health-care spending isn’t really driven by consumers but by insurance companies, government, and other non-consumer enterprises. Something on the order of 15 percent of health-care spending actually comes out of consumers’ pockets.  Consumer spending, in reality, represents less than half of U.S. economic activity, probably around 40 percent. [National Review]

What central bank and government economists don’t factor for

Maybe by intent, maybe by ignorance, there is an unstated factor that has a profound effect on the American economy.  If manufacturing has been shifted overseas and the consumer economy does not represent the greater part of economic activity, then what is missing?

“Financialization” of the world economy may be the missing elephant in the room.  [Monthly Review April 2008]

The unstated fact is that most of the money and wealth in the U.S. was handed over to the financial classes in the bank credit/loan/real estate collapse of 2008.  The financial elites no longer rely upon the sale of homes, or automobiles, or commodities and other consumer goods to earn profits.  They can make gobs of money in the transfer and exchange of electronic or paper instruments called derivatives and credit default swaps.

Derivatives are where parties share their risk (place a bet) on future assets, such as when a wheat farmer sells a contract to a miller for cash that specifies an amount of wheat he will deliver in the future to the miller. Both parties reduce risk but if the wheat never materializes due to crop failure, the entire contract can be wiped out.

The total value of these shared-risk derivatives in the world exceeds total global gross domestic product by a factor of 10. In 2010, these derivative contracts totaled $1.2 quadrillion, 20 times the size of the world economy at that time. [Daily Finance]

Credit default swaps, a financial agreement in existence since the 1990s, is where the seller will compensate the buyer in the event of a loan default or other credit event. This type of insurance plan, if you want to call it that, serves to drag the whole financial world into its unregulated morass.

Credit default swaps outstanding were estimated at $62.2 trillion just prior to the 2008 financial meltdown and fell to about $26.2 trillion by mid-2010 and were about $25.2 trillion in 2012. [LewRockwell.com] By 2014 the value of these credit default swap contracts were ~$21 trillion.  [Bank International Settlements]  For comparison, global gross domestic product in 2014 amounted to about $77.27 trillion U.S. dollars.  [Statista.com]

While flows of goods and services have lost momentum, digital flows of information, searches, video, communication, etc., transmitted via cross-border bandwidth has grown 45 timeslarger since 2005. It is projected to grow by another nine times in the next five years as digital flows of commerce continue to surge.  Over a decade, global flows have raised world GDP by at least 10 percent; this value totaled $7.8 trillion

Amounts in trillions of dollars, 2002

Goods and services transactions (world GDP) represented only 3 percent of the monetary and financial transactions in 2002.

The point of all this is that bankers can make more easy money transferring electronic financial instruments around the globe than profits earned from selling homes or autos.  Since almost all automobiles and homes are purchased with credit, they pose risks to lenders.  Why should banks even be interested in such matters when they can be reaping whirlwind profits overnight with little risk?  It appears bankers are only servicing the masses with auto and home loans to retain political favor and appease the masses.

Japan compared with the U.S.

Still, banks are undercapitalized and most large financial institutions could not withstand a bank run or a 10-30% decline in the value of its real estate assets.  Banks are exploring ways to capture more money from the public.

At this point, it is interesting to compare and contrast the financial landscape in Japan with that of the United States.

In Japan women traditionally manage family finances and are security conscious, so they gravitate towards stashing money in savings accounts rather than risky investments.  [Kotaku.com]

In order to force banks to offer loans and consumers to spend, Japan resorted to negative interest rates on banked money and all those Japanese women did was take their money and put it under mattresses (family safes) rather than a savings account.  [AsiaNikkei.com]

Bankers must now attempt to capture the unbanked

The unbanked in the U.S. refuse to use banks to place their money and largely operate by paying cash or using money orders, represents $169 billion in income.  [Strategy + Business]

Contrast that with Japan that has used an inclusive and expansive postal banking system to induce most of their population to save.  In 2006, the Japan Postal Bank (the post office) was the world’s largest savings bank with $1.7 trillion of deposits. [WikiWand.com]

Up until 1966 the U.S. actually had a postal banking system but it seemed unnecessary when community banks offered a more attractive interest rate.

The US banking system is out to capture the money controlled by the 40 million Americans who are “unbanked,” just like the health insurance industry via political influence forced those who could afford health insurance but weren’t buying it (largely young healthy workers) to buy coverage (the Affordable Care Act).  Fifty-nine percent of post offices are in zip codes where there are no banks or only one bank.  For comparison, eighty percent of residents in Japan have a postal bank account. [LewStreetMedia.com]

Banks want that money to use as reserves.  Few Americans realize banks use their money as reserves so they can then lend out more money, or as alleged, even sometimes invest more money in the Wall Street casino known as the stock market.

Other than paying down debts, American spenders or savers will swirl around in a pool of financial dismay.

Japanese female heads of household knew what to do when their government issued free money to spend.  And they know what to do now that their government is charging them store money in the bank.  They are buying wall safes in record numbers and storing cash at home. Japanese women know zero interest is always better than paying to bank their money.  [Wall Street Journal]