Lately, I am getting, you know, really scared.  Oh, not the ordinary kind of day in, day out kind of scared, constantly dreading both the appearance of childish-yet-pointless alliteration and the coming calamitous collapse of a catastrophic cataclysm caused, pausing for breath, by the completely insane overproduction of cash and credit by the (you guessed it!) evil Federal Reserve, and then winding up, as we see, with both.

At least back in those olden, golden days, a modicum of blessed comfort was once provided by having gold, silver, and sheer firepower at hand, backed up by 911 on the phone.

Except this is a new!improved!vitamin-enriched! kind of scared. A lot more than, shall we say, was usual over the last 35 years of watching, in mounting horror and disbelief, the growing monetary excesses of the evil Federal Reserve, knowing that Never Before In Freaking History (MBIFH) have such insane creations of cash, credit, and the attendant backbreaking debt, and this is the salient point, NOT ended very, very badly! Very, very badly, indeed!!

It’s obviously the stuff of nightmares and double exclamation points. At least for me, anyway, usually replete with vampires sucking my blood, howling banshees noisily chewing my legs off, kids borrowing my car and returning it all banged up and out of gas, etc.

All this escalation of tensions was, I assume, caused by considering that 37% of households have over $15,000 in credit card debt, which, making a minimum payment of 2% of the outstanding balance, means a cool $300 a month of after-tax income disappears out of their pockets, every month for years and years to come. Poof!

That last repetitive-yet-stupid use of “plus, plus, plus, plus, plus” is obviously a clever literary device we writers use to make you quizzically scratch your chin and think to yourself “Hmmm! Either this is just another example of gratuitous repetitive Mogambo gibberish that is so indicative of some kind of bizarre mental disorder, just like his wife and kids always said, or maybe – just maybe! – he really IS a great big giant genius, just like HE always said!”

And so now comes the bad part, which is inflation in prices for all of this plus, plus, plus, plus, plus, plus stuff. This is the sad, sorry state of being where the majority of people in the USA are living on nominal incomes that haven’t risen for years (especially those on Social Security), and whose real (inflation-adjusted) incomes have done even worse, even when calculated using laughable government statistics of price inflation, which are seriously understated for obvious political reasons.

This means, proved by direct observation just looking around at price tags, for crying out loud, that Things Cost More (TCM), and that actual, in-your-face price inflation for the plus, plus, plus, plus, plus things that you buy is a lot higher than is popularly advertised! 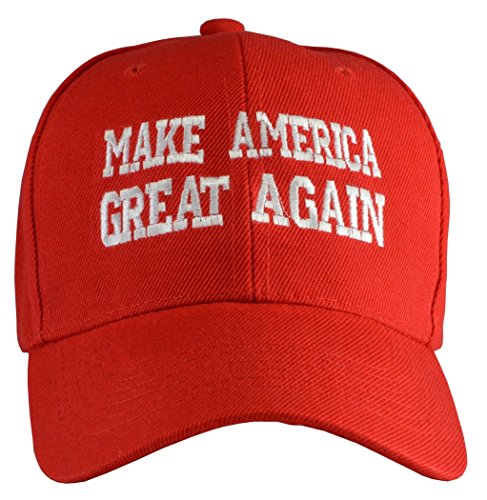 And, thusly, the dismal fact: Mostly nobody has been receiving more dollars as more income, but every dollar they DO have has been losing buying power, experienced as higher prices. Double whammy time! Big time! The whole time!!

Because you are not only good-looking but also the charmingly curious sort, I can see that you are wondering “What is the significance of two exclamation points ending the last sentence, and what is the point of all this boring less-income/higher-prices crap?”

Let me answer your incisive question by asking another question. Namely, “How come so few people buy gold and silver, even though The Wonderful Mogambo (TWM) so graciously, generously and gently motivates them to do so by deliberately sneering at them in cold contempt and rudely insulting their intelligence when they don’t?”

So, why is nobody buying gold and silver as protection and profit from the obvious on-rushing economic calamity caused by the evil Federal Reserve creating such oceans of debt for so, so, so many years? The answer is: Nobody has any spare cash!  Prices have risen until they now consume everything! Plus, plus, plus, plus and all!

Like most people everywhere, every freaking dime is used by my family to pay for their frivolities, like (as a recent example) going to the dentist, which, like everything else these days, seems hideously expensive, and now I am supposed to just cough up The Big Bucks (TBB), when the whole thing could have been easily prevented if the stupid kid had just brushed his teeth more. He screws up, but I gotta pay!

So, my Mighty Mogambo Brain (MMB) ingeniously devised a clever plan of self-sufficiency to save a pile of the aforementioned TBB, with which I could use to buy gold and silver: I cheerfully and generously volunteered to take care of his aching tooth, a project easily effected with a pair of ordinary pliers from the garage, and which will – at no additional cost! – provide him with a handy mental reminder in the future about the vital importance of preventive dental hygiene!

I admit that putting him in a headlock and dragging him kicking and screaming towards the garage was a little over-the-top, but you can understand my rage at the injustice here, can’t you?  In the end, though, no dice.

So now, to buy an ounce of gold, on top of this, I have to come up with more than $1,200? Are you freaking kidding me? Talk to the dentist! That’s where my money is!

Sadly, this is just one, lonely, measly example of how all this new debt literally created the cash and credit/debt to do many, many things. And, because everything is ultimately connected to everything, this means that the new debt and spending of all this new money did inflationary new things to everything, one thing or another, such as the government borrowing it to spend on one foolish thing or another, or entrepreneurs capitalizing on one foolish idiocy legislated by Congress or another, all designed to stimulate some industry or other.

Inflation everywhere!  No wonder I don’t have any freaking money!

I know you feel my pain. And this one heartbreaking tale of the woes of inflation in the money supply leading to inflation in prices should be enough to get you to ask, with a trembling voice and maybe a couple of bucks in your hand, “What, what, what is going to happen, Exalted Mogambo Guru (EMG), whose very name is like music to our ears?”

Having dispensed with the tawdry preliminaries of worshipping at my Mogambo Aromatic Feet (MAF), I would answer “What is going to happen, inquisitive one is inflation in consumer prices, manifested by you getting screwed in one of three main ways. Or in two of three main ways. But probably in all three main ways at once.

“Firstly, the direct approach, which is to sell the same-sized portions but charge a higher price.

“Lastly, or, if you prefer, ‘thirdly’, sell an inferior, watered-down product made with crappy, low-grade, cheaper ingredients, but with the same size and price.”

And with prices going up, incomes stagnating, then the economy collapses, bit by bit.

And if you DON’T think that the ruination of price inflation will happen to you and your stagnant income, then hahaha!  I laugh with customary scorn and derision!

While the damnable Federal Reserve and the damnable Congress can levitate some markets, suppress other markets, bail out political liabilities and give more money to more people, they cannot control the resultant inflation in consumer prices caused by all this new cash and credit, which, because there is not more money pay all the higher prices, means that aggregate consumption must fall, and then everything falls down.

By this time, I can hear you pleading “Stop! Stop! I cannot bear being scorned so cruelly, nor my woeful lack of comprehension of even the rudimentary basics of economics so mercilessly mocked! What, what, what must I do?”

Do? Simplicity itself! Do what everybody else in history who succeeded in weathering such economic storms ended up doing: Convert assets into gold and silver bullion.

I mean, it’s so obvious from 2,500 years of history! And that one, teensy bit of glorious historical fact should be interpreted as “Whee! This investing stuff is easy!”

Previous article by Richard Daughty: Who Ya Gonna Believe?