During the 1973 Arab-Israeli War, Syrian forces had surprised Israel and were fast approaching the edge of the steep Golan Heights, captured by Israel during the 1967 war. It seemed as if Syrian armor and infantry would retake Golan, then pour down into Israeli Galilee.

Soviet recon satellites observed Israel moving its nuclear-armed, 500km-range Jericho missiles out of protective caves and onto their launch pads. At the same time, Israel was seen loading nuclear bombs on their US-supplied F-4 fighter-bombers at Tel Nof airbase.

Believing Israel was about to use nuclear weapons against Syria and Egypt, Moscow put huge pressure on both to rein in their advancing forces. Damascus, already in range of Israeli artillery on Golan, ordered its armored forces on Golan to halt, allowing Israel to mount powerful counter-attacks and retake the strategic heights. 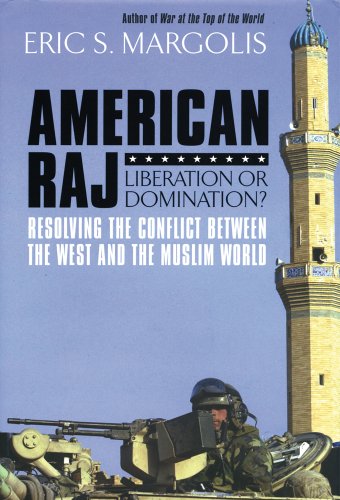 In 1981, Israel formally annexed the 580 sq. mile portion of Golan that it occupied. This illegal annexation was condemned by the United Nations, the United States and Europe’ powers. But Israel held on to Golan and implanted 50,000 there in some 41 subsidized settlements.

The world has pretty much forgotten how close it came to nuclear war in 1973 over Golan. The heights became a primary nuclear trigger point along with Kashmir, Germany’s Fulda Gap, and the DMZ, Korea’s inner border.

Golan recently resurfaced in the news when Israel’s rightwing prime minister, Benjamin Netanyahu, told Russia’s president, Vladimir Putin, that his nation would never return Golan to Syria. In a speech soon after, Netanyahu vowed Israel would hold on to Golan for “all eternity.” He also admitted for the first time that Israel had made “dozens” of cross-border attacks on Syria.

The long basalt plateau is indeed a valuable prize. It extends from snow-capped, 9,200 ft. (2,814 meter Mt. Hermon in the north to the Sea of Galilee and Yarmouk River in the south.  Golan supplies 15% of Israel’s scarce water and may contain gas or petroleum deposits.

Israeli artillery on Golan can hit Syria’s capitol Damascus; Israeli electronic sensors blanket Damascus and cover all Syrian military movement below. Having walked much of the Golan on both Syrian and Israeli-held sides, I can attest to its remarkable military importance and thick defenses.

After the 1967 war, Israel ethnically cleansed Golan, leveling the capital, Kuneitra, with bulldozers and expelled almost all Golan’s 130,000 Druze and Arab inhabitants. Jewish settlers were brought in to replace them. The US shielded Israel from UN action and world-wide protests.

Before 2011, Israel hinted that it would return Golan to Syria as part of a comprehensive peace agreement – provided Damascus ceased supporting Palestinian claims to their lost lands. But once the Syrian civil war conveniently began, there was no more talk of Golan.

War at the Top of the ... Eric Margolis Check Amazon for Pricing.

In fact, it’s pretty much clear that Israel has been quietly fueling the Syrian conflict by discreet arms and logistics support to so-called “moderate” Syrian rebels and lobbying for the war in Washington and with the US media.  Netanyahu has even said – with a straight face – that Israel cannot return Golan or even negotiate, until calm returns to Syria and Iraq.

Netanyahu is clearly following the grand strategy of the founder of his rightwing Likud Party, Zeev Jabotinsky, a militant Russian Zionist. Jabotinsky asserted that the Arab states were an artificial, fragile mosaic of inimical Arab tribes.

Hit them hard enough, claimed Jabotinsky, and they will shatter into small pieces, leaving Israel master of the Levant (central Arab world). The destruction of Iraq and Syria have confirmed Jabotinsky’s theory.

Accordingly, Israel is delighted to see Syria, a primary foe, lying in ruins as a result of a US, British, French, Turkish and Saudi-instigated civil war. Damascus is in no shape to demand the return of Golan, and the rest of the world does not care.

The destruction of Syria as a unitary state offers the expansionist Likud government many opportunities to extend influence into Syria – as was the case in Lebanon during its bloody 1975-1990 civil war. Or even carve off more Syrian territory “to protect Israel’s security.”

The words of Israel’s founding father, David Ben-Gurion, still resonate: the state of Israel is a work in progress and its borders should not be fixed or even defined. Notably the borders with Syria and Jordan.

The Power of Niacin TherapyThe State and All Its Crimes