Forced into time off, I accepted a college pal’s invitation to travel the world’s longest railway, the fabled Trans-Siberian Express. In February! Siberia…in the dead of winter…when Siberia is…well…Siberian.

Russia is a great culture, with a rich history of contributions to science, math, and the arts, and its natural resources seal its true geopolitical power. Russia carries visible scars of its troubled history, of course, but for one simple reason its trajectory will generally be upward in the coming decades: Russia has the cleanest balance sheet among major countries. Russia’s actions demonstrate its rejection of Keynesian economic ideas, at a time when Western economies are gradually succumbing to the ballooning debt this philosophy inspires. Russia’s economic cycles have often differed in timing from those

of the West historically, and today’s cycle is no different.Russia is still emerging from the consequences of closing itself off to the world for more than 70 years under Soviet rule, but its upward trajectory was clear to me.  Young people are optimistic about their prospects.  I’m told this is true for the first time in decades.  Russia’s fertility rate recently climbed back above where it was when the USSR dissolved in 1991.  Its population is growing again and its suicide rate is at a 50-year low.  Russia’s 20% corporate tax rate is far below that of most developed economies. 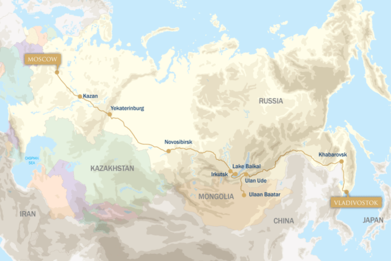 Low oil prices have dragged Russia’s economy into recession for now, but this is not as damaging to Russia as most Western observers think.  Here’s why:  the ruble’s value dropped by more than oil prices dropped (until recently).  Translation:  this meant Russia’s oil production costs went down by more than its oil revenues fell.  Hence, its margins remain high while it pumps out oil at record levels.  Oil-tanker trains were ubiquitous on my entire journey, moving everywhere along Siberia’s railways 24 hours a day and often sandwiching my train at station stops.

The oil price drop gave Putin political cover to cut government spending by 10% for the second consecutive year in 2016—ignoring the advice of mainstream economists who advise fiscal stimulus to counter a recession.  So, sure, Russia’s GDP is dropping as its government spending drops, but that says nothing about its private sector—which is what really matters.  I saw growing prosperity.  Putin’s approval rating (by an independent pollster) recently was 88%, far exceeding that of any Western political leader.

I found it more difficult than it should have been to use ATM and credit cards in Russia (partly a function of Western sanctions), but ironically Russia’s relative lack of connectivity to the Western financial system since its 1998 debt default has helped prevent it from falling into the debt trap lurking for most of the world’s large economies.

Russia has the cleanest balance sheet among the world’s major countries.  In other words, it has relatively little debt.  Russia’s total debt-to-GDP was among the lowest of any world country at 65%, compared to 217% in China and 233% in the U.S., per McKinsey in 2015.  The factor that most distinguishes Russia’s economy from virtually all others is its low debt because debt is ballooning nearly everywhere else. 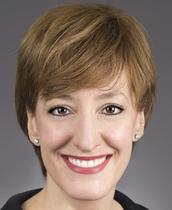 Most mainstream economists preach the twin gospels of fiscal and monetary stimulus in the face of recession—ideas rooted in the collectivist economic philosophy that Russia has largely rejected.  Russia has belt-tightened instead of stimulated.  And its central bank has bought gold rather than sold it, again ignoring the loud calls of mainstream economists to liquidate its gold reserves to stem the ruble’s decline.  In the face of Western sanctions that temporarily halted Visa and MasterCard payments in 2014 and threatened to block Russia’s access to the critical SWIFT platform for interbank payments, Russia decided to begin the long task of building its own payments platform.  And Russia is striking agreements to sell its commodities in currencies other than the U.S. dollar, thus protecting itself while adding more chinks in the armor of the dollar as the currency of global trade.

Throughout its history, Russia has frequently been on a different economic cycle than the West and today appears to be yet another example.  While the West was roaring in the 1920s, Russia was in a depression following its 1917 Revolution. While the West was mired in the Great Depression in the 1930s, U.S. science and engineering graduates who couldn’t find jobs at home found them in a Russia.

The Best of Caitlin Long