The number one reason for the boost in new Black female handgun owners is protection.

Crime statistics for Black women have always been higher for Black women than any other race of women in American.  Sisters are now exercising their Second Amendment Right, and leveling the playing field.

On Black Friday (the largest shopping day of the year), FBI background checks to purchase firearms were up a 32%, an all-time one-day high for the agency.  Gun retailers report that 25% of buyers are first-time gun owners.

According to the CrimeDoctor, a violent crime occurs every 22 seconds, a burglary every 15 seconds, and a rape every 6 minutes. “Handguns…can provide a means of self-defense in a life-threatening situation. Homeowners have successfully defended their families…from home, invaders using such weapons.”  As many as 2.4 million crimes are thwarted each year in the United States when firearms are used constructively for self-protection.

The firearms homicide rate for Black females age 15-24 was five times the rate of white women in the same age group. With the rise in home invasions, black women are doing what they have to do to protect themselves. The Castle Doctrine is now Law in 21 states, making it legal to use lethal force to stop an intruder in your home. According to the US Census Bureau, 75% of women ( www.vpc.org/studies/myth.htm ) who killed a stranger in self-defense with a handgun were Black.  The National Sporting Goods Association says the number of female gun consumers has increased 9% in a year.  The National Shooting Sports Foundation attributes the boost to first-time 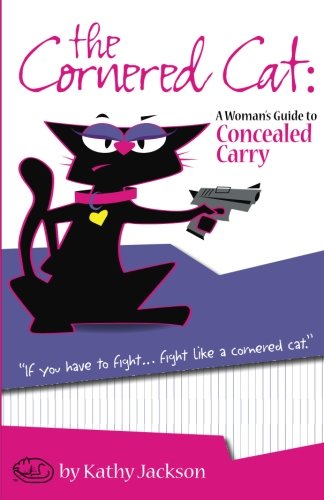 The Cornered Cat: A Wo... Jackson, Kathy Check Amazon for Pricing.

Second Amendment to the US Constitution: “A well-regulated militia, being necessary to the security of a free state, the right of the people to keep and bear arms, shall not be infringed.”

Cydney Williams, a Black female gun owner in North Carolina, said, “Times are getting hard, and unfortunately, people are turning to crime.  I have small children in the home, so I’ve invested in both a handgun and a semi-automatic assault rifle(sic), for self-protection.”

Mrs. Williams is not alone.  The fastest growing segment of concealed handgun license owners in the state of Texas is African American women.  Nearly every other state in the Union is witnessing a rise in the number of Black women choosing to protect their families by purchasing and learning to safely use handguns. Gun ownership is growing more popular in America.  “In a recent Gallop poll, 47% of respondents said there was a gun in the household, up from 41% just one year ago.”  Many shooting ranges are now offering courses and programs tailored specifically to women. 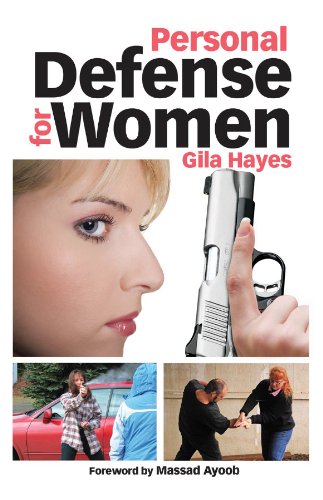 The owner of the Welch Farm Shooting Range says, “We are catering to the growing segment of Black women wanting to learn gun operation and safety.”

The history of Black women arming themselves dates back to our earliest years in this country.  Harriet Tubman even carried a gun for protection on the Underground Railroad.  She also used her rifle to threaten runaway slaves who wanted to turn back, telling them, “You’ll be free or die.“  Black women activists (in the 1960′s and 1970′s) first ”used the gun as a bid for equal power within their often sexist movements, “ says Laura Browder, author of Her Best Shot: Women and Guns in America.

Black women are arming themselves and putting criminals on notice.  As this trying year progresses, expect to see more and more Black women choosing the gun as a means of self-defense and self-protection for themselves and their families.

( This article first published at blackgirlgreenworld Visit them and thanks them for the great article. )