On Monday, agents from L.A. County’s Department of Children and Family Services removed 6-year-old Lexi from her family of four years because she’s 1.6% American Indian. Foster-care parents the Pages were told of the decision on Friday night and before they could contest it, authorities ripped the child from her home and gave her to a family in Utah. The video footage of this is hard to watch. Her siblings Maddie, Zoey, and Caleb are hysterical and so is Lexi. I can’t look at it without bawling like an infant. I was reminded of a similar tearjerker in Ann Coulter’s book Guilty where she describes adopted 3-year-old Danny crying, “Please, Mommy, I’ll be good. Don’t make me leave. I’ll be good,” to his adoptive mother as the state drags the boy back to his biological mother (a single mom who had changed her mind). Lexi had similar pleas.

I find the crying siblings in the Page video the hardest to take because they personify what a loving family she is coming from. I have three kids and even if my daughter broke her leg, I’m not sure it would register with my sons. Siblings are cruel and it takes a lot before they’re so sympathetic they’re bawling their eyes out. Being a parent also means I realize how different a 2-year-old is from a 6-year-old. Lexi was just a silly little person when she was 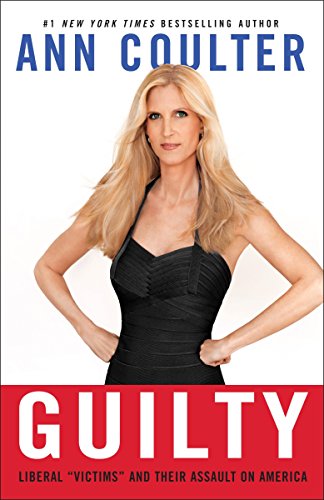 taken in by the Pages, but a 6-year-old has a distinct personality with clear likes and dislikes. They’re basically a tiny woman.

I spoke to the Page’s attorney Lori Alvino McGill, who told me the Pages had already won two appeals against the Utah family. It’s all very complicated with the appeals court ruling for the Pages each time and the family court ruling against them. When Lexi arrived at the Pages’ she had a black eye. She came from a Hispanic single mother with no Indian heritage and her father has been in and out of jail for a long time. The various foster-care families she had just come from weren’t much better (it’s there she got the injury). When she arrived at the Pages everything went smoothly, and when the “biological” family in Utah tried to take her, the court told them to get lost, twice. The Pages assumed they were in the clear and were living happily ever after when their world collapsed.

As far as the court is concerned Lexi is part Choctaw, and the Indian Child Welfare Act says we need to put Indian kids with Indian families. The family in Utah isn’t remotely Indian, but they’re raising Lexi’s half sister, so technically they’re more Indian than the Pages. The law was created in 1978 to make up for the horrible atrocities we committed several generations ago. We all agree that the fracturing of Indian families was a very dark period in our history, but this law is a Band-Aid on a faded scar. It looks good on paper, but it’s a little too little a little too late, as the culture they are striving to preserve is pretty much gone. Sure, there are still powwows and an Indian funeral often means doing peyote and sitting in a teepee for several days, but these events are sporadic. Today even the most Indian homes are watching TV in the living room under military photos of male relatives in uniform. The only thing notably different from their situation is the food, which often includes high-sugar and high-fat menu items such as whipped cream and fry bread. It’s a delicious indulgence but nothing worth tearing a family apart over.

Is the US Insane? You Can Buy a Cheap, Fun, Unregulated Car