My friend and former business manager John Mauldin have become an economist. I hate to see this.

He is a good analyst. He is a good commentator on business trends. His site is a veritable clearing house of insights of famous market analysts. But now he has wandered astray. He has become an economist.

His most recent newsletter begins with these insights:

In this business we spend a lot of time thinking about problems. What if we could wave a magic wand and make them all go away? Maybe we can.The wand isn’t made from wood. You don’t need Latin phrases or a special incantation learned at Hogwarts to make it work, either. It’s a simple six letter word: growth. 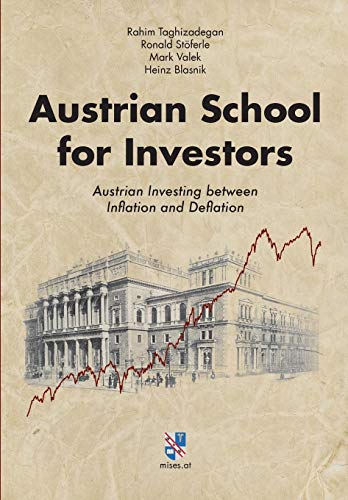 Get the economy growing at a decent pace again, and most of our problems will get better. Conversely, they’ll only get worse if we stay in slow-growth mode. And don’t even think about what a recession will do to the markets in this environment.

Fortunately, there are things we can do to bring growth back. We just have to decide to do them.

He has now adopted the defining outlook of all academic economists, except for Austrian School economists. It is a four-word phrase: “If pigs could fly.”

He does not literally say this. Economists never do. He substitutes a shorter phrase: “if we just.”

I wish to focus here on the key concept: “We.”

The term “we” is best understood in this context in terms of the punch line of a famous hypothetical exchange between the Lone Ranger (a Chicago School economist) and Tonto (a member of Congress): “What you mean ‘we,’ paleface?”

The Austrian School outlook is best seen in the response of Ludwig von Mises to this question: “Professor Mises, if you were given complete power over the economy, what would you do?” His one-word answer defines the Austrian School: “Resign.”

If the political reformer has enough power to reform the economy, he has the power to make it worse.

Think of these words: “Alan Greenspan” and “Federal Reserve System.”

Mauldin cites John Cochrane, a former economics professor at the University of Chicago. He is now on the staff of the Hoover Institution. He cites a paper — an ancient term relating to the pre-Internet world, comparable to “rewind” and “video footage” — by Cochrane on economic growth. You can read it here:

Our economy is like a garden, but the garden is choked with weeds. Rather than look for some great new fertilizer to throw on it, why don’t we get down on our knees and pull up the weeds? At least we know weeding works! For another metaphor, our economy has become like a hoarder’s house. For a while he could get through the passages and keep life going, but now the junk is closing in. Well, rather than read the architectural magazines about just what the perfect house will look like, let’s get to work cleaning up the mess.

Notice the term “our.” It implies ownership. Therein lies a problem. This problem was best formulated by economist F. A. Harper back in 1949: “The corollary of the right of ownership is the right of disownership. So if I cannot sell a thing, it is evident that I do not really own it.” [F. A. Harper, Liberty: A Path to Its Recovery(Irvington-on-Hudson, New York: Foundation for Economic Education, 1949), p, 106.]

I can make changes in whatever I own. I can even sell it.

I, therefore, have a problem with the concept, “our economy.” So did Mises, when he said: “Resign.”

How can “we” get together to reform it? 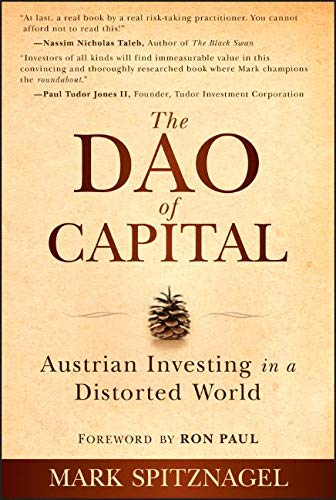 Dr. Cochrane has a plan.

Alas, such a common-sense, weed-the-garden program has little attraction to many ambitious politicians. Many politicians want a big new program, big new laws and initiatives — a New Deal, a Fair Deal, a Great Society. They don’t see cleaning up the mess left behind by their predecessors as the way to getting one’s face carved on Mt. Rushmore, let alone to win an election. Economists like big new ideas and programs too. Nobody got a Nobel prize for saying, let’s take Adam Smith’s 250 year old classics to heart.

But it is a big idea, a big program, and one that needs and will reward the courageous leadership of great politicians.

We have now come to the economists’ world-famous flying pig: “the courageous leadership of great politicians.”

He goes on . . . always under the assumption of “our economy.”

Everybody has to give up their little deal, protection, tax break and subsidy; everyone has to allow their businesses or profession to be open to competition. Each person must understand that the small loss that he or she will experience directly will be more than made up by everyone else giving up theirs. Politically, rather than fall back on “I’ll support your little deal, you support mine,” everyone has to become part of the coalition that supports reform — “no, I’m not getting mine, so I’m not going to support you getting yours.”

This assumes an articulate coalition of politicians who speak in the name of determined, well-informed constituents, who can “weigh” — a favorite term of non-Austrian economists — objective costs against objective benefits. These voters have somehow come up with index numbers of benefits and costs which can guide politicians in establishing bilateral exchanges of government wealth-extraction programs. “You give up your program of theft by the ballot box, and I’ll give up mine.”

But, it turns out, there are tens of thousands of these programs, with each represented by at least one federal agency. There has yet to be discovered a political way to trade off any set of benefits (funding) to these agencies, which are 100% losses from their point of view. These agencies represent entrenched political constituencies, especially constituencies of multi-billion dollar benefit-seekers in the business community. Think “PAC.”

It is not possible to get bilateral exchanges of reduced costs. There are too many beneficiaries who know their interests. Change one federal budget, and this change will have negative secondary effects throughout the economy. Or, as economists also affirm, “you can’t change just one thing.”

The beneficiaries see their opportunities, and they take them. This is the specialization of knowledge. Those vast numbers of uninterested and uninformed people who pay for the specialized benefits to specific groups do not organize to call a halt to specialized programs. The benefits of political looting are concentrated. The costs are diversified and essentially invisible. A theory of information costs, when coupled with a theory of political mobilization costs, reaches this conclusion: the cost-cutting pigs cannot fly.

Then how can the system be reformed? By bankruptcy, which is the pathway of political looting. The unfunded liabilities of the U.S. government discounted to the present, is over $210 trillion.

Previous article by Gary North: Speak Up for Historical and Economic Truth