SALT Self Defense Weapon: Between Pepper Spray and the Gun

Detroit, Michigan – It’s become a cliché to say that Chicago is a dangerous town.

Despite its strict gun controls, Chicago has often ranked as one of the most violent cities in the U.S., and one such violent incident made a very big impression on neighbors Adam Kennedy and Andy McIntosh.

When a young man they knew was shot to death on their block in 2014, they began to ponder ways to keep themselves and their families safe, and still keep a gun in their home, yet avoid anyone having to die in the process.

We “gun guys” and gals know the classic dilemma when children are in the home; a child will ultimately get into just about everything, yet an unloaded and/or locked up firearm will be useless if an intruder breaks into your home in the middle of the night.  There are stopgap measures, such as rapid access safes, yet as I’ve written previously, a good many of them are useless in keeping kids out, and add a delay – a barrier – between you and your gun. 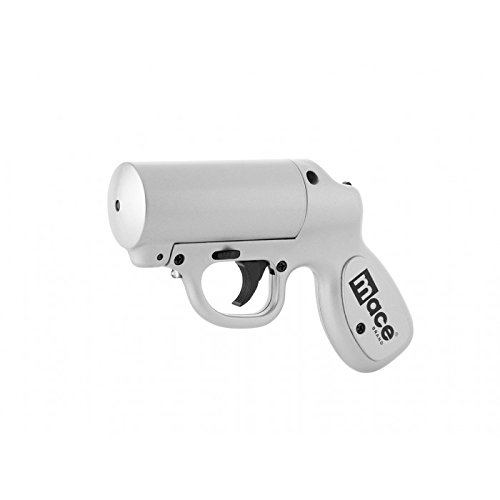 Up until now, the trade-off has been for the parent/gun owner to simply be diligent, keeping the defensive handgun always under their control during waking hours and trusting that their admonishments, safety lectures and instruction “sinks in” to their child’s head.

Yet Adam and Andy, had an even better idea: what if you could have instant access to your gun, yet if a curious child did find it, the result might hurt a little, but not be fatal, or even injurious over the long term?

This line of thinking was the genesis of the SALT pistol. 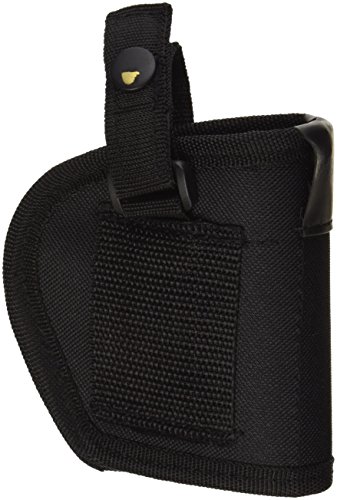 From their website: “SALT is a completely new idea in home protection that can both protect your family from an intruder as well as the fatal accidents that all too often accompany a traditional firearm in the home.”  Not only does this mean children, but the biggest bulk of “gun deaths” in the U.S.: suicides (over 60%, according to FBI statistics).

To make this idea a reality, the partners took the opposite path from the “smart gun” crowd, avoiding things like failure-prone electronics (and the batteries that accompany them), and instead combined two tried-and-true technologies: paintball guns and pepper spray.

The first part was easy: scaling down a paintball gun using a CO2 gas cylinder, this type of system has been in use for decades.  I played with a CO2 powered BB gun as a kid, and it was powerful enough to punch holes in the then new aluminum stop signs.  The SALT pistol is able to propel its munitions at more than 300 fps, giving it an effective range of 150-200 feet, far greater than any typical indoor intruder scenario will present.

The real power behind SALT is the tiny spherical “bullet”, which is basically a capsule that contains a military grade concoction of skin, eye and lung irritants.  In fact, according to the company’s website, “The chemical compounds in every SALT round exceeds the potency of those commonly used by the Department of Homeland Security and US military.”  In short, these babies pack a wallop!  “SALT’s chemical compounds are specially 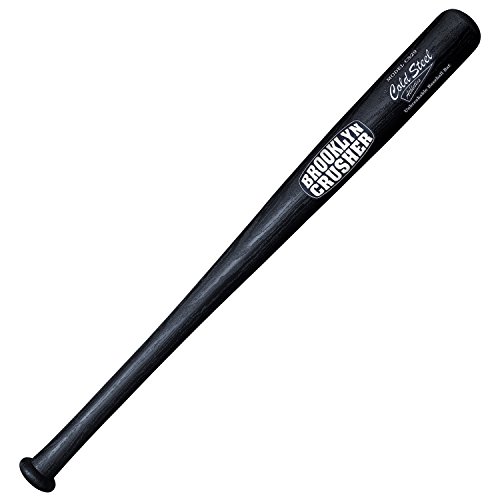 designed to hang in the air,” the website further proclaims, “where they are easily inhaled, [and] react with the moisture of the eyes or adhere to the oils present on skin.”  This property allows for a defensive, as well as offensive capability.  For instance, not only can you hit an intruder with a round that impacts with the force of a 50 mph fastball and leave him blinded and gasping for air, but you could also hit the doorframe or windowsill, providing a chemical barrier between you and the bad guy that even a loaded-up crackhead would balk at passing through.  In short, even a near miss can count!  Yet the chemicals have “been proven safe and effective by more than 5000 agencies including the Department of Homeland Security, the U.S. Military and the Federal Bureau of Prisons”.

The final two considerations, though, are something I see often as an NRA Certified Firearms Instructor: flinching due to noise and recoil, and the inability of some women and seniors to rack the slide of a traditional semi-auto firearm.  With the SALT pistol, these are of no concern.  The CO2 powered pellets have nowhere near the “kick” of, say, a 9mm JHP, and the gun can be fired without the need for any hearing protection.  Also, there is no slide to rack.  The compressed gas does all the work. 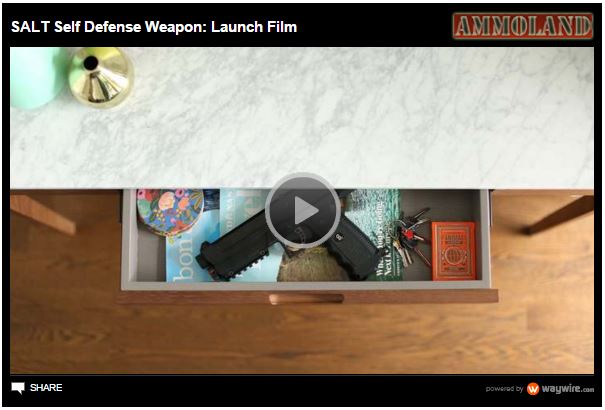 To create this radical new type of gun, and assure that they started off with an extremely reliable platform, Adam and Andy turned to the #1 maker of air guns in the world: Tippmann.  They then went to work on the rounds the gun would fire, carefully choosing the chemicals, their strengths and their combinations to incapacitate a person by specifically focusing the powder to negatively affect the eyes and lungs.  Among the active ingredients is 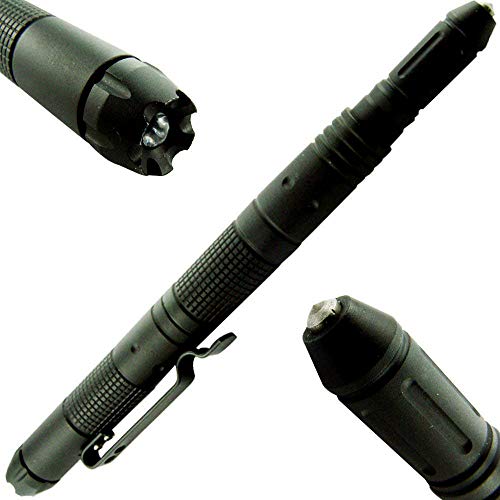 oleoresin capsicum, naturally derived from ghost peppers and familiar to anyone who uses traditional pepper spray.  Lastly, there’s even a bit of picatinny rail for mounting lights or lasers on the pistol.

ANTI, PRO OR NEITHER?

As I look over their website, it seems obvious that the two men have a genuine passion about personal protection while placing a premium on keeping everyone safe, including innocent children and family members, and yes, even the hapless bad guy who might barge in uninvited.  In their FAQ section is the question: “Are you trying to take away the right to bear arms in this country”, to which they answer,

“No, we are not.  The mission of SALT is to keep the people you love safe.  If a traditional firearm is the best safety device for you and your family, then we support you.  But we also want to support the 2/3rds of American households who do not feel like a traditional firearm is the right choice for them.  So SALT was created to provide a new type of safety for those 76 million households left unprotected today.”

My only trepidation is a reference to an anti-gun study by Dr. Arthur Kellermann in their FAQ section under the question, “How dangerous is a traditional firearm anyway?” I cannot decide if this is included in order to extoll the virtues of their safer gun (a.k.a. a marketing gimmick), or if this is something that they still believe, as I once did before checking into it. (I have written to them about this. I’ll post an update should a reply be forthcoming.) Yet overall, their stated support of those who choose traditional firearms and rejection of the whole “smart gun” idea, as well as referring to their creation as a “gun”, rather than some pithy metaphor to appease the hoplophobic reader leads me to think that what you see is what you get. Also good news: the SALT Pistol does not trip any “trigger laws” that will bar the sale of traditional firearms, which might account for the lack of any reaction on the part of the NRA and other gun rights groups.

So if you’re a parent, or have an unstable family member in your immediate household that makes having a readily accessible firearm difficult, perhaps the SALT Pistol could be a good option for you.