We’ve all heard the typical travel advice to pack light, get to the airport early enough, and buy a disposable cell phone to save money abroad. But centuries ago, medieval explorers shared their own sage travel advice. Here are 10 things we can learn from noted medieval globe-trotters Ibn Battuta and Sir John Mandeville about the art of travel.

1. KEEP YOUR BAGS SECURELY CLOSED AT ALL TIMES.

Ibn Battuta was a Muslim scholar who explored parts of Africa, Asia, the Middle East, and Europe between 1325 and 1354. After spending time in Cairo, he hired camels to travel through the desert into Upper Egypt. During his journey through the desert, Ibn Battuta learned the importance of keeping a close eye on his baggage. In his account of his travels, the Rihla, he wrote:

“One of our halts was at Humaythira, a place infested with hyenas. All night long we kept driving them away, and indeed one got at my baggage, tore open one of the sacks, pulled out a bag of dates, and made off with it. We found the bag next morning, torn to pieces and with most of the contents eaten.”

2. DO DRINK THE WATER—AT LEAST IF IT’S A FOUNTAIN OF YOUTH. 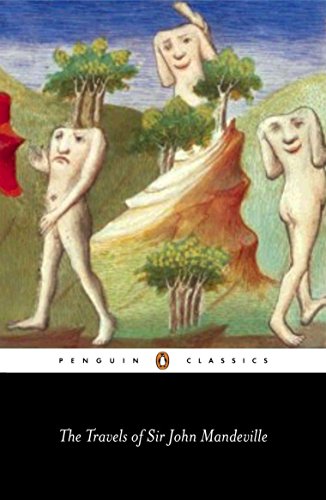 Sir John Mandeville was said to have been a knight of St. Albans, England, who wrote about his pilgrimage to Jerusalem and his travels to places such as India, China, and Ethiopia during the 14th century. The text attributed to him often called The Travels of Sir John Mandeville, isfull of wacky fabrications and plagiarized passages, and scholars still debate who really wrote it. It’s worth taking it with a grain (or a heavy helping) of salt, but that doesn’t mean it doesn’t contain interesting travel pointers.

While traveling along the Indian coast, Mandeville saw a well at the foot of a mountain. The water from the well supposedly cured people of their illnesses. It tasted and smelled great, and Mandeville drank only a few sips but seemed to feel better afterward. In his book The Travels of Sir John Mandeville, he wrote:

“And they that dwell there and drink often of that well they never have sickness; and they seem always young. I have drunken thereof three or four sithes, and yet, methinketh, I fare the better. Some men clepe it the well of youth. For they that often drink thereof seem always young-like, and live without sickness. And men say, that that well cometh out of Paradise, and therefore it is so virtuous.”

3. DON’T URINATE NEAR A CROCODILE.

While Ibn Battuta traveled along the Niger River in western Africa (he mistook it for the Nile), his nether regions had a close call with a crocodile’s jaws. Luckily, a local man came and stood between Ibn Battuta and the river, blocking the crocodile. Ibn Battuta mistook the local man’s protective action as rudeness. From the Rihla:

“I saw a crocodile in this part of the Nile, close to the bank; it looked just like a small boat. One day I went down to the river to satisfy a need, and lo, one of the blacks came and stood between me and the river. I was amazed at such lack of manners and decency on his part, and spoke of it to someone or other. [That person] answered. ‘His purpose in doing that was solely to protect you from the crocodile, by placing himself between you and it.’”

Another way of saying this: When you’re traveling, sometimes you have to be open-minded about your personal space.

4. DON’T WORRY—HOMESICKNESS AND LONELINESS WILL PASS. 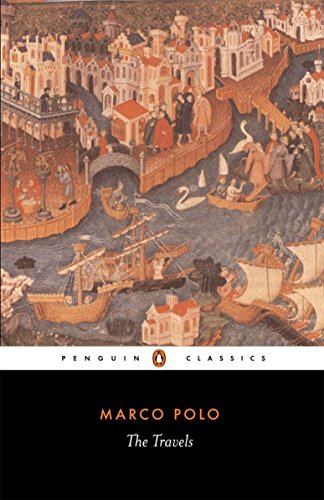 Ibn Battuta began his travels by setting out from his home in Tangier, Morocco. He was just 22 years old, and he admitted that it was difficult to leave his parents, friends, and home. As he wrote in the Rihla:

“I set out alone, finding no companion to cheer the way with friendly intercourse, and no party of travellers with whom to associate myself … I resolved to quit all my friends and tear myself away from my home. As my parents were still alive, it weighed grievously upon me to part from them, and both they and I were afflicted with sorrow.”

After suffering a fever en route to Tunis in North Africa, Ibn Battuta felt so lonely upon his arrival (he didn’t know any of the locals) that he cried. A kind pilgrim saw his distress, however, and comforted him. As Ibn Battuta described it in the Rihla:

“The population of the city came out to meet the members of our party, and on all sides greetings and question were exchanged, but not a soul greeted me as no one there was known to me. I was so affected by my loneliness that I could not restrain my tears and wept bitterly, until one of the pilgrims realized the cause of my distress and coming up to me greeted me kindly and continued to entertain me with friendly talk until I entered the city.”

5. DON’T BE SHOCKED IF THE LOCALS DRESS DIFFERENTLY THAN YOU.

Ibn Battuta complained about how the women in Mali walked around topless, saying it was distracting and immodest. As a devout Muslim, he was especially taken aback by seeing nude women in public, a sight he was not used to seeing at home, writing in the Rihla:

“Among their bad qualities are the following. The women servants, slave-girls, and young girls go about in front of everyone naked, without a stitch of clothing on them. Women go into the sultan’s presence naked and without coverings, and his daughters also go about naked.”