Why The Bulls Will Get Slaughtered

Needless to say, none of that stink was detected by Steve Liesman and his band of Jobs Friday half-wits who bloviate on bubble vision after each release. This time the BLS report actually showed the US economy lost 2.989 million jobs between December and January. Yet Moody’s Keynesian pitchman, Mark Zandi described it as “perfect”Yes, the BLS always uses a big seasonal adjustment (SA) in January——so that’s how they got the positive headline number. But the point is that the seasonal adjustment factor for the month is so huge that the resulting month-over-month delta is inherently just plain noise.To wit, the seasonal adjustment factor for the month was 2.165 million. That means the headline jobs gain of 151k reported on Friday amounted to only7% of the adjustment amount!Any economist with a modicum of common sense would recognize that even a tiny change in the seasonal adjustment factor would mean a giant variance in the headline figure. So the January SA jobs number cannot possibly reveal any kind of trend whatsoever—-good, bad or indifferent.But that didn’t stop Beth Ann Bovino, US chief economist at Standard & Poor’s Rating Services, from dispatching the usual all is swell hopium:

“Today’s numbers are about momentum, so while 151,000 new jobs in January is below expectations and off pace from prior months, the data shows America’s recovery is continuing. Amid all the global economic turmoil and domestic market gyrations, positive job growth, the drop in the unemployment rate to 4.9%, and the uptick in wages show the U.S. is heading in the right direction.”

Actually, it proves none of those things. For one thing, the January NSA (non-seasonally adjusted) job loss this year of just under 3 million was 173,000 bigger than last January—-suggesting that things are getting worse, not better. In fact, this was the largest January job decline since the 3.69 million job loss in January 2009 during the very bottom months of the Great Recession.

So are we really “heading in the right direction” as claimed by Bovino, Zandi and the rest of the Cool-Aid crowd?

We could say in a variant of the Fox News motto—–we report, you decide. But believe me, you can look at years of seasonal adjustment factors for January (or any other month) and not find any consistent, objective formula. They make it up, as needed.

Likewise, you would think anyone paying half attention would realize by now that the 4.9% official unemployment rate (U-3) is equally meaningless due to the vast number of workers who have exited the “labor force”. In a nearby post, Jeff Snider puts this in perspective by juxtaposing the bottom dwelling trend of the adult employment-to-population rate with the U-3 headline.

Since the financial crisis of 2008, however, that correlation has broken down completely, and the ratio still has not risen above 59.5%. Yet given the 250 million adult population today, it would take about 10 million more jobs than reported on Friday to achieve the reported 4.9% unemployment rate at the historic 63.5% employment ratio. The larger point is that the monthly jobs report has now become the essential vehicle for propagating a false recovery narrative that serves the interest of Wall Street and Washington alike.

Month after month the artificially concocted and misleading headline jobs number is used to drive home a comforting meme. Namely, that the nightmare of the financial crisis and recession is fading into the rearview mirror; that the Fed and Washington have fixed the underlying ills, for instance, via Dodd-Frank; and that the soaring values of stocks and other financial assets since the March 2009 bottom are real, sustainable and deserved.

In that context, Obama’s crowing about the alleged success of his economic policies, as evidenced by the 4.9% unemployment rate reported on Friday, was especially annoying. You might have thought that the former community organizer would have noticed that notwithstanding the unfailing appearance of improvement in the BLS charts that prosperity does not seem to be trickling down. 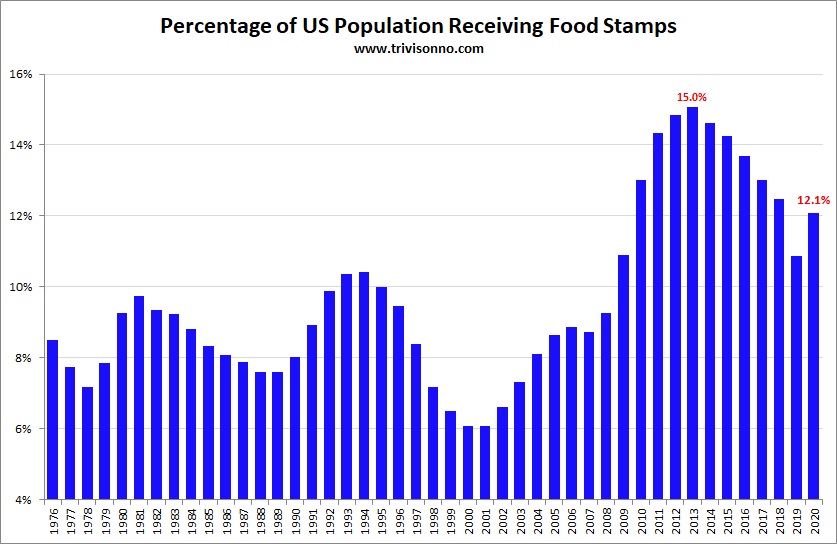 Nor did he mention the “good jobs” aspect of the usual Washington blather about employment. The chart below is the reason why. There has been no recovery in the number of full-time, full-pay jobs since the pre-crisis peak.

On the margin, the US economy swapped-out 1.4 million manufacturing jobs for only a slightly higher number of waiters and bartenders. Never mind the fact that the average manufacturing job pays $55,000 on an annualized basis compared to less than $20,000 for gigs in restaurants and bars.

We have previously called this the bread and circuses economy, and the January numbers once again did not disappoint. Nearly one-third of the 151,000 gain for January was in this category alone. Moreover, the 1.83 million job gain in this sector since the December 2007 pre-crisis peak accounts for 38% of all the net new jobs generated by the entire US economy during that period. Another large—–and aberrant—–chunk of the January jobs gain was in retail. Consistent with normal post-holiday patterns the NSA count of retail sector jobs dropped from 16.3 million in December to 15.7 million in January, representing a loss of nearly 600,000 jobs.

You could call that par for the seasonal course, but you would be wrong. In defiance of all logic, the BLS seasonally adjusted the number into a gain of 58,000, thereby accounting for another one-third of the headline total.

Nor is this a one-month aberration, either. When you combine the leisure and hospitality  category of the nonfarm payroll with retail, temp agencies, personal services like gardeners and maids etc., you get a larger subset that we have labeled the Part Time Economy.

Not only did it account for well more than half of the of the January gain, but also a similar portion of the eight-year peak-to-peak gain since December 2007. That is, the US economy has generated 4.875 million additional nonfarm payroll jobs since we were at 5% unemployment last time around.

But as is evident from the graph, nearly 2.6 million or 53% of these gains represented part-time jobs. On an income equivalent basis, however, these payroll slots amount to a 40% job. Most of them generate less than 25 hours per week and pay rates of less than $14 per hour.

So on a full year equivalent basis that is an annualized pay rate of $20,000 per year compared to $50,000 for full-time jobs. We have labeled the latter as the Breadwinner Jobs category on the theory that these jobs generate annual earnings sufficient (barely) to support a family. Needless to say, we are still not there yet when it comes to full-pay, full-time jobs. There are still a million fewer of these jobs today than there were at the pre-crisis peak. And nearly 2 million fewer than when Bill Clinton was vacating the White House back in January 2001. At the end of the day, the monthly jobs report is an economic sideshow. The nonfarm payroll part of it, in particular, is a relic of your grandfather’s economy when most jobs  represented 40-50 hours per week of paid employment on a year round basis.

You could compare both short-term changes and longer-term trends because jobs slots where pretty much apples-to-apples units, and the BLS had not yet invented most of the insane trend-cycle modeling manipulations and dense and obscurantist birth/death and seasonal adjustment routines that have turned the report into quasi-fiction.

Likewise, Wal-Mart and the like had not yet invented labor scheduling by the hour nor did the notion of temp agency and contract employment by the gig even exist.

As I have suggested before, the world would be far better off if they simply shut down the BLS. Adding up minimum wage gigs a few hours per week with full-time employment slots in a factory, as per the establishment survey, is a completely stupid, useless and profoundly misleading waste of time.

Similarly, there are already far more timely, accurate and honest price and inflation indices published by a variety of private sources.

And if we need aggregated data on employment trends, the US government itself already publishes a far more timely and representative measure of Americans at work. It’s called the treasury’s daily tax withholding report, and it has this central virtue: No employer sends Uncle Sam cash for model imputed employees or for 2.1 million seasonally adjusted payroll records that did not actually report for work.

Stated differently, the daily tax withholding report is the real thing and the whole thing; it captures the labor input of the entire US economy in real time, and does not get revised and manipulated endlessly over the course of months and years from its original release.

Why is this important? My colleague Lee Adler has been tracking the daily withholding reports for more than a decade and knows their details and rhythms inside-out. He now reports that tax collections are swooning just as they always do when the US economy enters a recession.

In fact, his latest report as of February 6th indicates that,

“The annual rate of change in withholding taxes has shifted from positive to negative. It has grown increasingly negative in inflation adjusted terms for more than a month. Following on the heels of a weak December, it is a clear sign that the US has entered recession……..the implied real growth rate is now roughly negative 4.5% per year……it is the most negative growth rate since the recession. It follows the longest stretch of zero growth in several years, This can no longer be considered temporary or an anomaly. It has all the earmarks of a trend reversal and is getting worse.” We will have more on this next week, but here’s the thing. Wall Street’s fast money boys and girls and robo-machines will have the mother of all hissy fits when it becomes apparent once again that the US is plunging into recession, and that all those sell-side hockey sticks on corporate earnings will be going up in smoke.

The talking heads have spent the entire first five weeks of this year insisting that the market’s rough patch is simply the pause that refreshes because there is never a bear market outside of recession.

Well, exactly. The recession is arriving; the bear market has incepted; and the bulls are heading for the slaughter. Again.

Previous article by David Stockman: The 200 Rulers of Global Finance