The Most Dangerous Man in the World

According to Spiegel Online, it is Donald Trump.

Donald Trump is the leader of a new, hate-filled authoritarian movement. Nothing would be more harmful to the idea of the West and world peace than if he were to be elected president. George W. Bush’s America would seem like a place of logic and reason in comparison.

There is much that I agree with in the article.  It is what remains unsaid that is much more important.

Hilariously, the article begins with Trump talking about American football – there is no sport in the world that celebrates militaristic aggression in all forms, both on and off the field.  Did Trump invent the game?  Did Trump turn it into a weekly worship of warmongering?  Did Trump cause American worship of the military to manifest itself in this Sunday ritual? 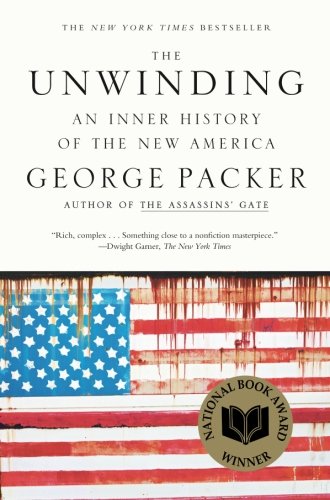 Trump reflects America; he is where he is because Americans are what they are.  What isn’t said in the article is why things came to this.  The closest offering is reference to a book by New Yorker writer George Packer, whose book, The Unwinding, describes the gradual economic and, more importantly, moral decline of the United States.

The book points to the drastic changes in American culture since the 1960s.  The article does nothing to explore the whats and whys of this.  The list of contributing factors to this economic and moral damage is not difficult to compile: the Vietnam War, the Great Society, the removal of gold as a constraint on government, the subsequent loosening of the Fed to enable theft by financial manipulation, the blatant bailing out of multi-millionaires on the backs of everyone else – despite public protests to the contrary.

None of this is mentioned.

Politicians have pointed to Mexicans and the Chinese – they steal our jobs.  Muslims are today’s enemy – demonized to generate support for war.  History is whitewashed – everything America ever did was righteous, therefore everything done today by the government must also be righteous.

None of this is mentioned.

Public education and the media are completely complicit in this corruption.  Not a mention of this by Spiegel.

Just a small sampling of the lowlights: Franklin Roosevelt carpet-bombed civilians by the hundreds of thousands in Japan and Germany.  Harry Truman is the only human being in the history of the world to drop atomic bombs.  Lyndon Johnson killed millions of Southeast Asians; so did Nixon.

Bill Clinton utilized the end of the Cold War to turn NATO into an overtly offensive organization; to divert attention from a stained dress, he dropped bombs.  George W. Bush destroyed Iraq and Afghanistan.  Barack Obama added Syria and Libya to the list; if this wasn’t enough, he has brought the US and Russia to the brink of war.  This last one isn’t a concern to the German editors at Spiegel?

Spiegel hopes for a Hillary Clinton victory.  Talk about a dangerous person!  I forget: was it Clinton or Trump that cheered with glee at the sodomizing of Ghaddafi?

There is no candidate in this election that one might consider anything other than dangerous.  They thought this about Obama.  He was safe, they thought.  They gave him the Nobel Peace Prize – how did that turn out?

Donald Trump?  “I don’t always kill non-combatants by the millions, but when I do…wait – I never have!”  And unlike many of the others running for this office, he has never voted to do so either.

This will undoubtedly change if Trump reaches office.  But it will be true no matter who wins.

And this comes to the most important point that is unsaid in the article: it isn’t the occupant that is dangerous; it is the power inherent in the office.

Why doesn’t Spiegel focus on this?

My conclusion has nothing to do with this post, other than providing the inspiration for the title.  Some of my favorite lines from the series:

He lives vicariously through himself.

He once had an awkward moment, just to see how it feels.

He has won the lifetime achievement award, twice.

Once while sailing around the world, he discovered a short cut.

The Color of Your Wallet, How You Hold Your Knife, Your HandshakeStill Secret JFK Murder Documents