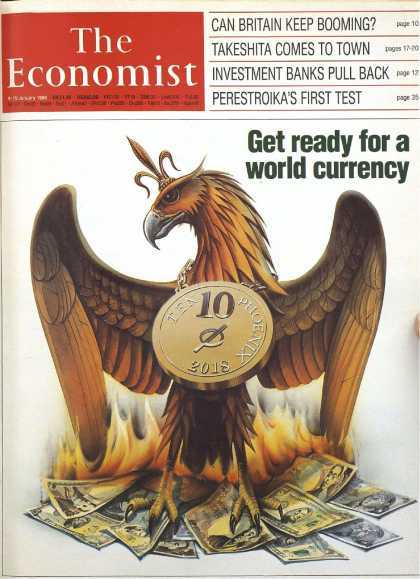 In the fall of 2015, the world descended into an economic apocalypse that will transform the globe into a single cashless society. This bold prediction is based on trends in nations all over the earth as shown in the article below.

As we enter 2016, we are only beginning to see this Epocalypse form through the fog of war. The war I’m talking about is the world war waged furiously by central banks against the Great Recession as the governments they supposedly serve fiddled while their capital burned.

The governments and banks of this world advanced rapidly toward forming cashless societies throughout 2015. The citizens of some countries are already embracing the move. In other countries, like the US, citizens fear the loss of autonomy that would come from giving governments and their designated central banks absolute monetary control.

The Epocalypse that I’ve been describing in this series will overcome that resistance during 2016 and 2017 as it wrecks economic havoc to such a degree that cash hold-outs will be ready for whatever holds the greatest promise of saving them from their collapsed monetary systems, fallen banks, deflated stocks and suffocating debt. One has only to think about how quickly and readily American citizens forfeited their constitutional civil liberties after 9/11 when George Bush and congress decreed that search warrants were not necessary if the government branded you a “terrorist.”

If this sounds like some wild conspiracy theory, consider the following: no less Sterling standard of global economics than The Economist predicted thirty years ago that by 2018 a global currency would rise like the phoenix out of the ashes of the world’s fiat currencies:

THIRTY years from now, Americans, Japanese, Europeans, and people in many other rich countries, and some relatively poor ones will probably be paying for their shopping with the same currency. Prices will be quoted not in dollars, yen or D-marks but in, let’s say, the phoenix. The phoenix will be favoured by companies and shoppers because it will be more convenient than today’s national currencies, which by then will seem a quaint cause of much disruption to economic life in the last twentieth century. At the beginning of 1988 this appears an outlandish prediction.As we near their prescient date of 2018, The Economist’s prediction doesn’t appear even slightly outlandish. If it still seems outlandish to you, read on. You’ll see how the cashless movement gained huge momentum throughout the world in 2015 in the articles referenced below where the voices and actions of numerous economists and governments press for the formation of a global cashless society.

It may have been a long time coming, but it’s certainly not hard for anyone to see now that the world’s currencies are, indeed, crashing all around us as we near the coming of this seemingly messianic money that was predicted to resurrect from the ashes of the world’s fallen currencies.